Yankees (Sort of) Draft Kenny Powers in 14th Round 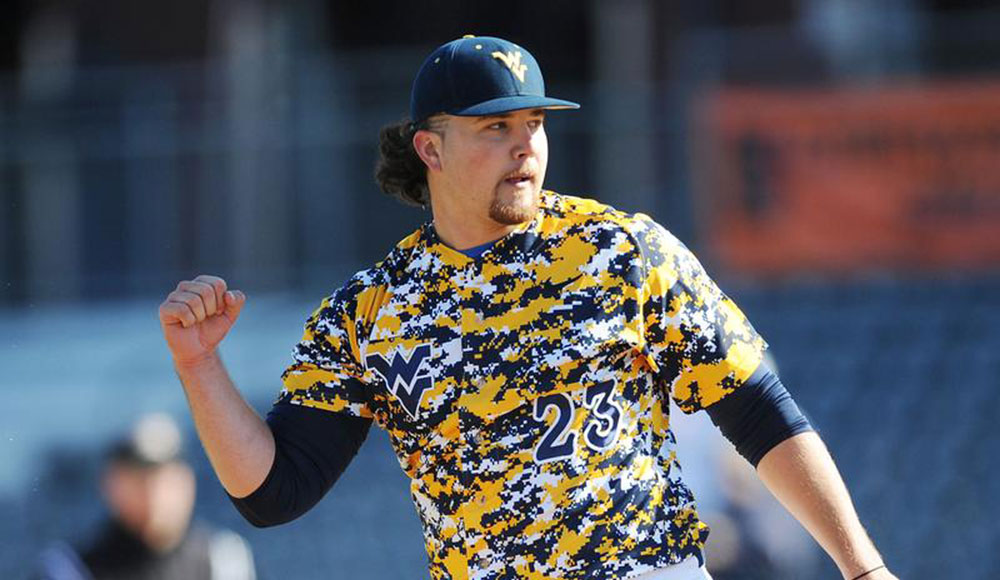 With the 422nd pick in the 2014 MLB draft, the New York Yankees picked Carley, a right-handed pitcher out of West Virginia who bears more than a passing resemblance to “Eastbound & Down” star Kenny Powers. Should he ever get the call up to the Bronx, the 14th rounder will probably be forced to clean up (per the organization’s archaic grooming laws), but for now at least, he’s a spitting image of the Danny McBride character.

Carley, who was originally drafted by the San Diego Padres in the 34th round in 2013, acknowledges that he may be shorn before joining the bigs. “I may not look like Kenny Powers when I begin in the minors,” he told Florida Today, “but I guaranteed at some point he will make a return.” Though he clocks in at 6’4″, 245 lbs, which puts him well above the height and waistline of the 5’10”, ~225 lb McBride, what sells the doppelganger schtick is the mullet and goatee, both obvious homages to Powers and his cocky redneckery.

The dude even sounds like Kenny Powers. Just check out this quote:

“I was on the phone with six or seven clubs all morning working out numbers,” he said. “Some teams were trying to give me a really low number (dollar figure). In the middle of all this, the Yankees called me and said I was No. 1 on their board. They picked me and my phone started blowing up.”

Meanwhile, in Red Sox Nation, the fans are hoping that Carley’s strong right arm and keen eye for the strike zone never make it to the mound in the American League. Could you imagine how much David Ortiz would complain if he got plunked in the head so hard his eyeball fell out?

The Black and Gold continue their run tonight at TD Garden. END_OF_DOCUMENT_TOKEN_TO_BE_REPLACED

Who will make the Class of 2018? END_OF_DOCUMENT_TOKEN_TO_BE_REPLACED

It’s been awhile since we talked Black and Gold. END_OF_DOCUMENT_TOKEN_TO_BE_REPLACED

You’re going to wish you were in the Northern Alps. END_OF_DOCUMENT_TOKEN_TO_BE_REPLACED

END_OF_DOCUMENT_TOKEN_TO_BE_REPLACED

Bill might be “on to Tennessee,” but we’re not. END_OF_DOCUMENT_TOKEN_TO_BE_REPLACED