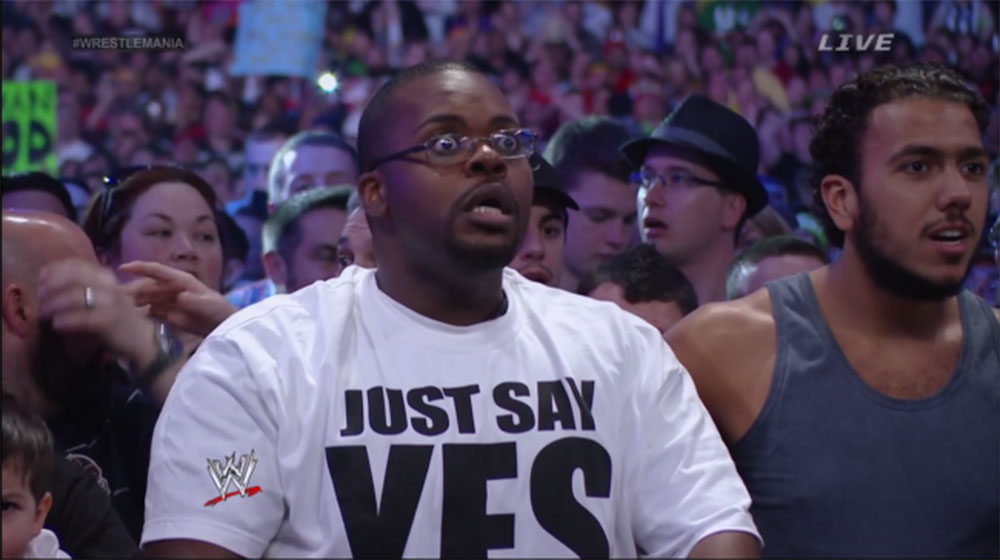 After a plodding and sleepily fought match, Lesnar wrapped up the Dead Man, pinning him for a three count that shook viewers out of their boredom-induced comas.

Just like that, it was over. 21-1 flashed on the Titantron. The crowd. Was. Stunned.

In the wake of Taker’s fall, there is hope though. More so than Lesnar, the true winner of the night is the man pictured above, who catapulted himself to nearly guaranteed Internet stardom with one of the most meme-worthy reactions ever captured in a gif.

Lesnar’s victory signaled the end of an era for the WWE and it’s fans, as the phenom will most likely retire now that his streak has been ended. As Patriots fans, we know a little something about how devastating this can feel, but the simple fact is that every person has a reaction similar to this on a daily basis. Peoples’ lives are dramatic, duh. What truly primes a meme for greatness is the potential to tap into a universal feeling dormant in all those who bask in the gentle light of a monitor – and, by God, this one is perfect.

Look at this guy. You know exactly how he feels.