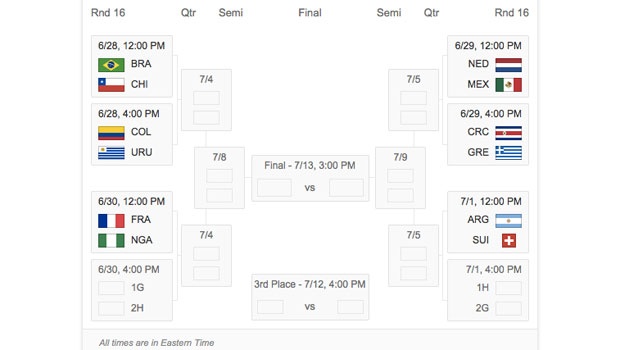 I have weird feelings about the World Cup. There’s a lot of violence that goes into putting on a game like that, and it makes me uneasy and at times enraged. But when I see the games themselves, but there is something about watching the games themselves, something about watching people who are so skilled at what they do, that I sometimes can’t avoid getting swept up into.

Unfortunately, I know nothing about soccer, so when the bar does that collective “what the fuck” groan, sometimes I have no idea what is going on. Which is why I am so happy to have stumbled upon the World Cup of Literature, organized by Three Percent, an online magazine for international literature over at University of Rochester. No longer at the mercy of a sports-thing-I-don’t-get, the World Cup of Literature is here to provide text on text action, with only one book turning up as the winner.

The tournament will pit 32 books by as many countries against each other, mirroring the action going on in the real World Cup. But Three Percent didn’t just go to the Wikipedia page for each nation’s literature and pick something popular. With few exceptions, they chose books written after 2000 in the nations’ original language. With the help of 15 judges, they then chose the book that would most closely compare to the teams that are playing. I was a little confused as to why “The Pale King” by David Foster Wallace had been chosen for the U.S., until Three Percent explained:

“We went with ‘The Pale King’ by David Foster Wallace as the U.S. representative because, like [U.S. men’s soccer team], it’s an unfinished product, made of various pieces, and all about boredom (which is how some people in the States view soccer as a whole). Not to mention, ‘The Pale King’s’ defense is pretty shaky…”

Each match is treated just like a real game, with the judges revealing the winners through careful explantations as to why which team scored when. Better yet, the whole project is peppered with the same enthusiasm that people have taken on for the World Cup, at times even using players as analogies to action in the text. This isn’t a condescending opportunity to be above all sports fans; this is about engaging the soccer enthusiast and the literary nerd. It’s for both sides of your brain. And just like the real World Cup, it’s easy to get swept up in it.

The games are already under way, but you can print and fill out your bracket here.

My first Field Trip (of hopefully many) was over half-a-decade in the making. END_OF_DOCUMENT_TOKEN_TO_BE_REPLACED

Melanie Gillespie is an author and the founder of Mel O’Drama School of Acting in Milton. She was in studio this morning to talk about her latest book Darlene and the Drama Queen and how acting can help kids to develop confidence. END_OF_DOCUMENT_TOKEN_TO_BE_REPLACED

Boston Author Lauren K. Stein says her new book ‘Fresh Made Simple‘ was inspired by cooking in the kitchen with her daughter Abigail. The book isn’t just for kids, though. Listen as she describes the book and as we sample some of the recipes. END_OF_DOCUMENT_TOKEN_TO_BE_REPLACED

A scenic train ride through wine country Saturday turned sour for members of a local book club; they were kicked off the Napa Valley Wine Train for allegedly laughing too loudly. END_OF_DOCUMENT_TOKEN_TO_BE_REPLACED

END_OF_DOCUMENT_TOKEN_TO_BE_REPLACED

Avi Shemtov is the chef/owner behind the popular Chubby Chickpea food truck, which serves a fusion of Mediterranean and American cuisine. His new book, “The Single Guy Cookbook: How to Cook Comfort Food Favorites Faster, Easier and Cheaper Than Going Out,” is out now. We talked about it and sampled some dishes! END_OF_DOCUMENT_TOKEN_TO_BE_REPLACED