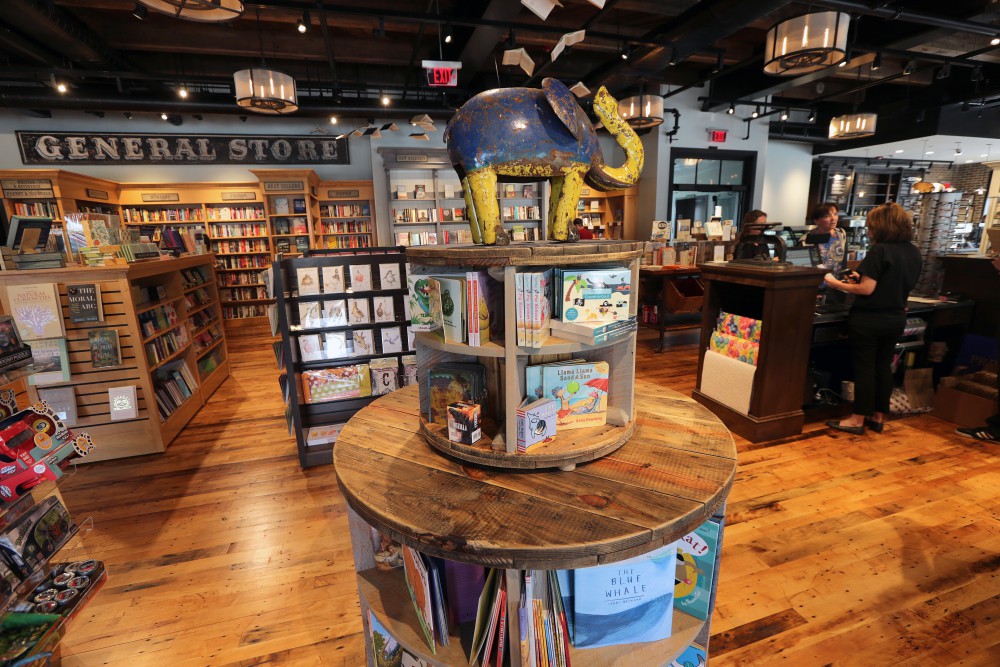 He’s already impacted millions of kids with his work: The Diary of a Wimpy Kid. After debuting online in 2004 — and appearing in stores in 2007 — the series has produced more than 150 million copies.

Now Kinney hopes to impact people in a more intimate way: On Saturday, Kinney opened a bookstore in the center of Plainville, Massachusetts. Called An Unlikely Story, the store is a nod to the fib-prone protagonist of the Wimpy Kid series, Greg Heffley.

The store’s name also speaks to Kinney’s own trajectory. 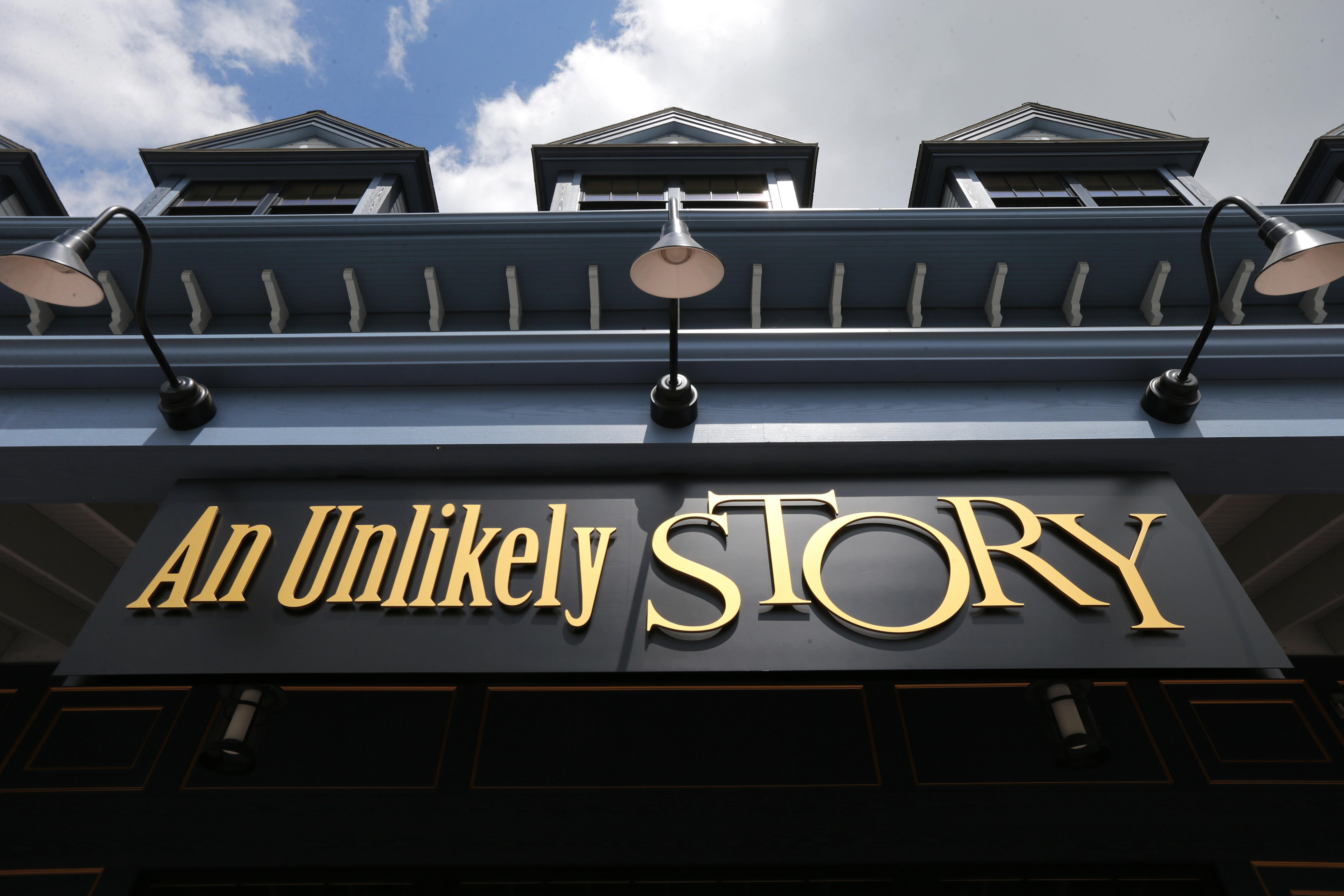 He was on the road to a “conventional career” as a computer programmer and graphic artist before being catapulted to fame with his best-selling book series-gone-blockbuster, The Diary of a Wimpy Kid.

Kinney didn’t just end up in the world of books, however. In many ways, he began there. For part of his childhood, Kinney’s family owned a bookstore, something he felt was formative to his identity and later career.

“I taught myself how to program computers with books I bought there. I learned about comics. I learned how to draw comics and read a lot of fantasy. I discovered my own interests,” said Kinney.

He wants his store to inspire kids in a similar way. Kinney has been vocal that he’s not expecting to profit from the store; he told The Atlantic that he hopes to break even.

The ultimate marker of success will be if even one kid’s life is changed by the presence of the bookstore. 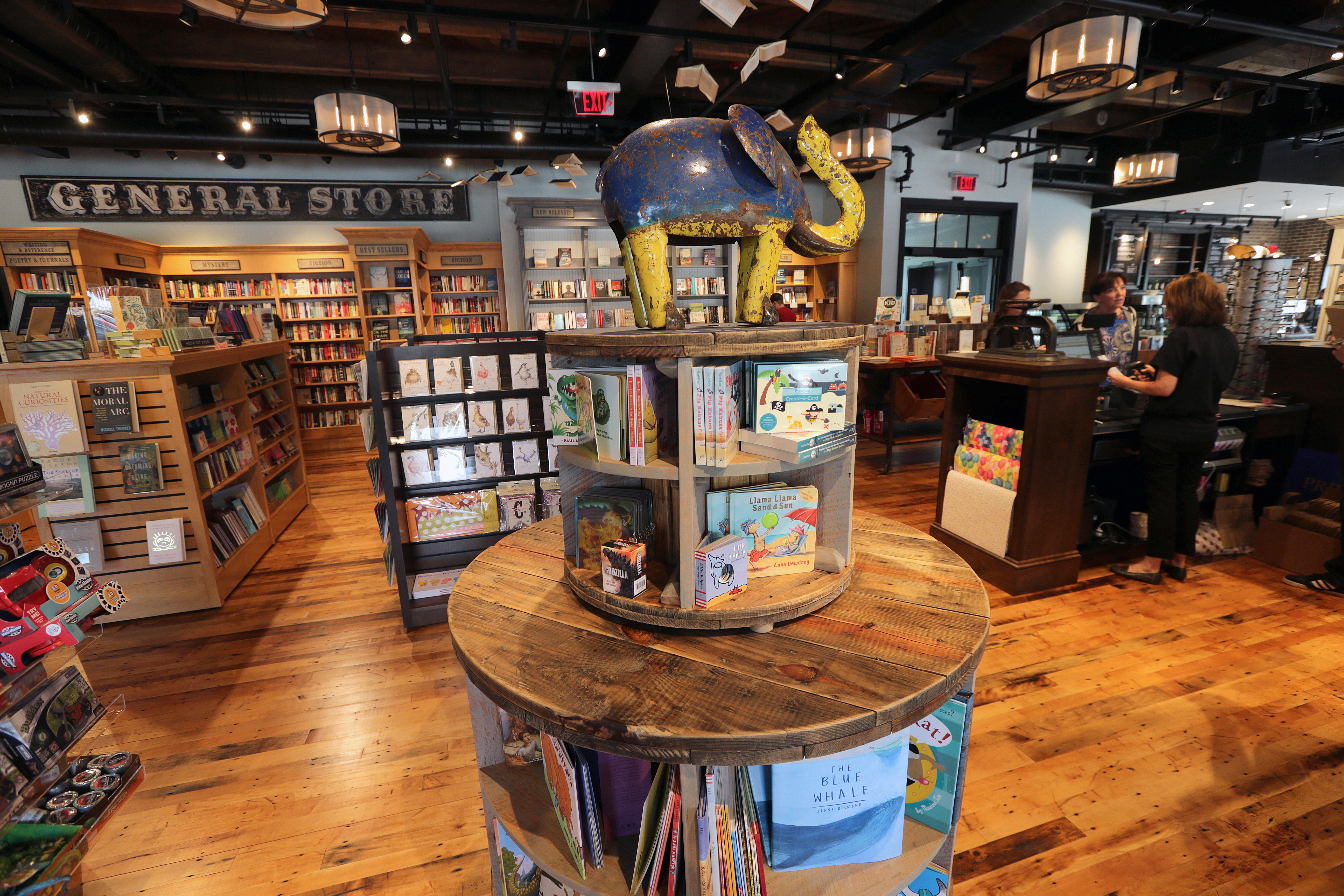 Despite the impact that his own books have had, Kinney doesn’t want Unlikely Story to be centered around the franchise. Though they will eventually have a statue of the Greg Heffley character, the store will also feature a life-size statue of Kinney’s favorite character, Scrooge McDuck.

The store also has cinema replicas of the brooms from the Harry Potter series. They hang from the ceiling, trailed by books.

“They fly throughout the store,” said Kinney. “It’s a metaphor. I think the Harry Potter books more than any other books really united kids and adults in reading, so that’s why we wanted to do that.”

That’s really the goal of the store, according to Kinney. It’s a business — an expensive one — but he hopes An Unlikely Story will become a community meeting place. 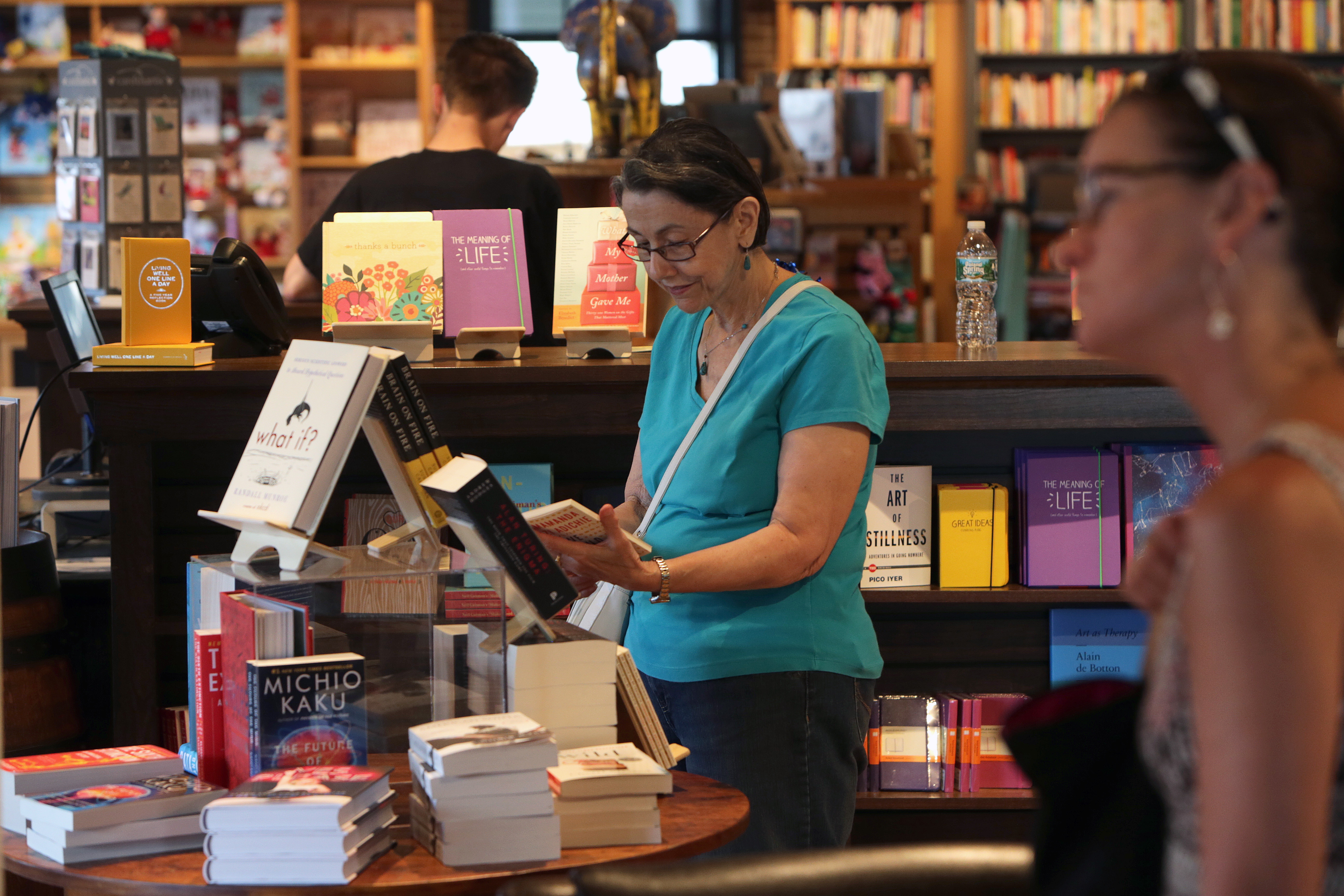 An Unlikely Story stands where the Plainville general store, Falks Market, once did. When Kinney moved to the town 12 years ago, the store had already been abandoned and in a state of disrepair.

What had once been the nerve center of Plainville had become something of an eyesore. He and his wife decided to buy the building, happy to be in the position to make a positive change for the town.

After the old structure was deemed unsalvageable, Kinney got a permit to tear it down and build something else in its place. The idea of a bookstore was born, and the plan has been underway for several years.

This time last year, a steel frame building stood in the center of town. Now it’s a place that can become a part of the town’s culture. 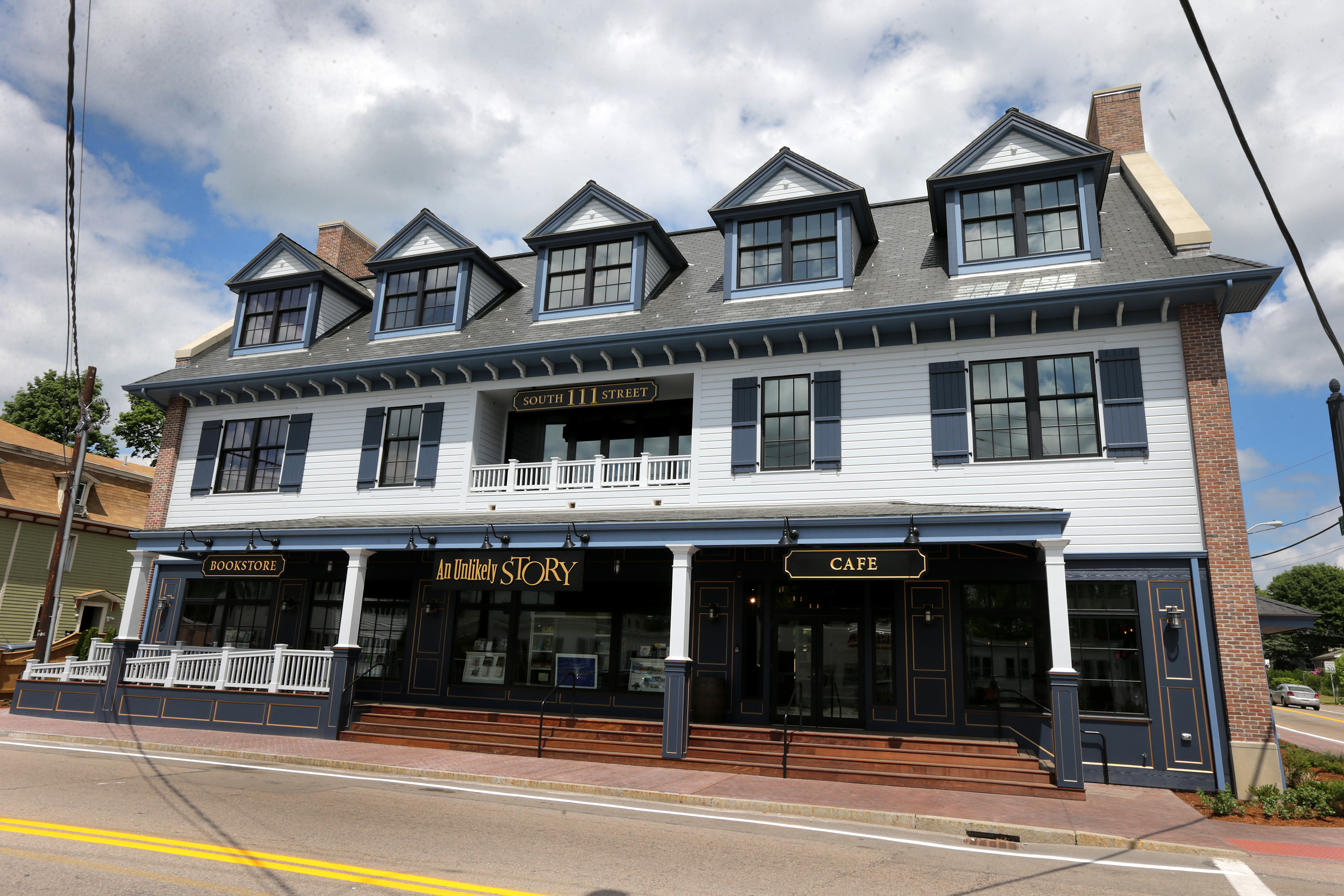 On the walls, customers will be able to get a glimpse of the building’s past. Old photographs of the other identities the building has had since the 1850s line the walls of the café.  As an homage to its history, Kinney had signs created and aged to look like they’ve been around for a century.

“More than anything, this was about community. Plainville is a town that we really like. It’s treated us very well,” Kinney said.

Despite the town’s small population – 8,264 people call Plainville home– Kinney said his neighbors don’t think anything of his so-called “celebrity.” And apart from his financial ability to take this risk, you might not even know Kinney’s had the success that he has had. He works at Poptropica, a firm in Boston, and is currently writing the tenth book of the Wimpy Kid series.

He said he’s honored that kids are still reading, and that he still feels like he has something to say.

After his next book deadline passes, he’ll be able to spend more time at Unlikely Story. He plans to put on an apron and help out in the bookstore café. 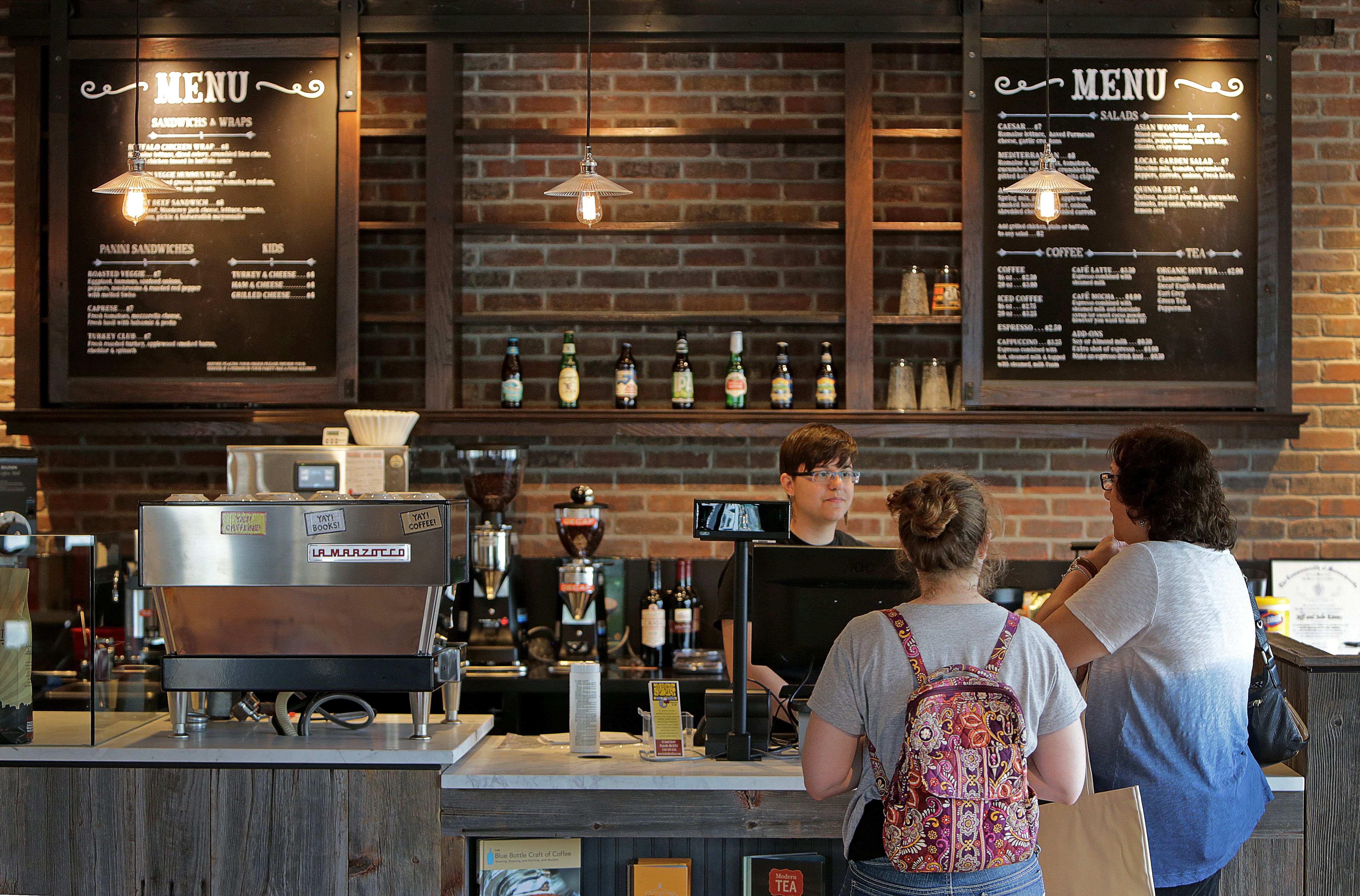