Will we ever see another show that promotes female friendship like ‘Sex and the City’? 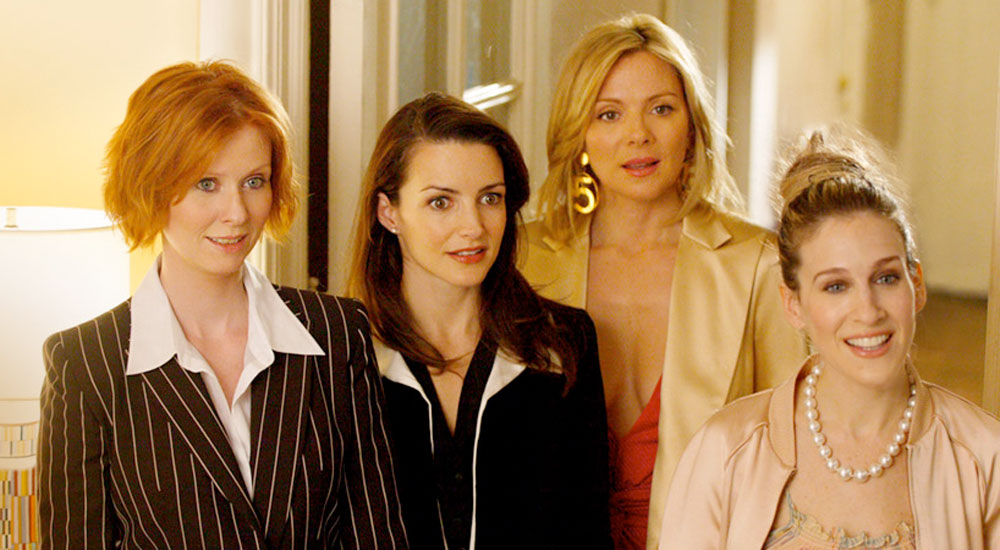 Though it may seem like just yesterday that the romantic musings of Carrie Bradshaw graced your TV (and if you were watching E! around 2 p.m., then it probably was), the series finale of “Sex and the City” aired on HBO 10 years ago this Saturday. Looking back at the show that once transfixed television with its designer duds and dirty bedroom details, I can’t help but wonder, in true Carrie fashion, is “Sex and the City” still relevant in 2014?

In its heyday, the show was groundbreaking. Women having scads of sex then discussing the details with no filter or remorse — GASP! — it didn’t get much more scandalous than that. But in the last decade, the TV landscape has changed. Many of the show’s most risqué moments seem dated, if not downright tame. Want to watch something racy? Turn on MTV. Or VH1. Or any other channel dominated by reality TV.

Even “Sex and the City’s” home network HBO has moved on, tweaking the show’s cliché format (friends looking for love and negotiating life in the city) to cover more modern sexual exploits. Its glamorized take on dating in New York City has been replaced by a less-fashionable but far more accurate dating reality on “Girls,” and we see this plot from a whole new vantage point, gay men in San Francisco, on “Looking.”

But while you can now satisfy your craving for scandalous programming with a whole host of options, there is no other show on TV today that features a female friendship as awesome as that of “Sex and the City’s” Carrie (Sarah Jessica Parker), Charlotte (Kristin Davis), Miranda (Cynthia Nixon), and Samantha (Kim Cattrall).

They were those perfect friends always there for one another. From the simpler pains of life — the guy who kissed Charlotte by licking her whole face, the writer who broke up with Carrie on a post-it note — to the death of Miranda’s mother and Samantha’s battle with breast cancer, they never faced a single problem alone. As Carrie told her Russian lover Alex Petrovsky after Samantha’s diagnosis, “Samantha is my friend. She’s my family. My insides. She will be fine because she has to be fine. That’s how important she is to me.”

Of course, much like its take on the dating world, “Sex and the City’s” portrayal of friendship is a bit unrealistic. I mean, it’s pretty much impossible to believe that four women with such different personalities would ever become BFFs, and how could real-life versions of Carrie, Miranda, Charlotte, and Samantha find the time to grab late night drinks and brunch seemingly every day?

Still, there’s always a place on television for a show that celebrates women who are good to one another. Throughout “Sex and the City’s” six seasons, the four friends never acted catty or talked behind each other’s backs. When they fought, it was always short lived — and not because it’s a sitcom where everything must be tidied up in 30 minutes (or at least not entirely), but because they needed each other. No fight was more important than their friendship.

Is that all a bit hokey? Sure. But it’s a refreshing departure from today’s shows like “Girls,” where four alleged friends spend a remarkably small amount of time actually interacting, fight nearly every time they do interact, and the general attitude toward friendship is best summarized by Hannah (Lena Dunham) explaining, “I’m not interested in anything [my friends] have to say. That’s not the point of friendship.”

Some days you don’t want reality or edge or to be reminded of that time when you really didn’t care about anything your friend was saying. Some days — whether it’s 2004, 2014, or 2040 — you just want to hear Carrie tell you, “Maybe our girlfriends are our soul mates and guys are just people to have fun with.”

Always a pleasure to have Boston.com’s Perry Eaton in studio for a chat. After we talked a bit about Pearl Jam at Fenway and Perry’s new podcast, he filled us in on Game of Thrones live and Narragansett’s new Bananagrams-themed brew. END_OF_DOCUMENT_TOKEN_TO_BE_REPLACED

No, not from afar, from the comfort of her couch. From the actual awards themselves. That’s where Meredith Goldstein was for the Oscars. She shared all the juicy, first-hand details with me. END_OF_DOCUMENT_TOKEN_TO_BE_REPLACED

It was wonderful having our good friend Meredith Goldstein back in studio this morning. She dug into the latest edition of Love Letters, which prompted us to play this song. And of course we had to discuss the Oscars. Make sure you’re following Meredith on Twitter, as she’ll be live-tweeting the awards this Sunday night. END_OF_DOCUMENT_TOKEN_TO_BE_REPLACED

Our first edition of TV Sets for 2016 might be better than every edition from 2015. END_OF_DOCUMENT_TOKEN_TO_BE_REPLACED