Why you hate the word “moist”

I described a muffin to my friend the other day.

“It’s rich and moist,” I said, not thinking much of my explanation.

Her reaction was visceral, but not unique: “Moist” is seen by many as inherently gross. 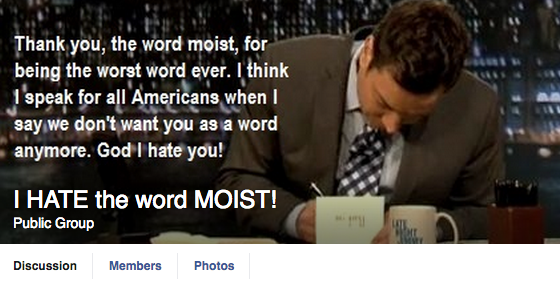 Their members are really vocal about their disdain for anything with moisture. 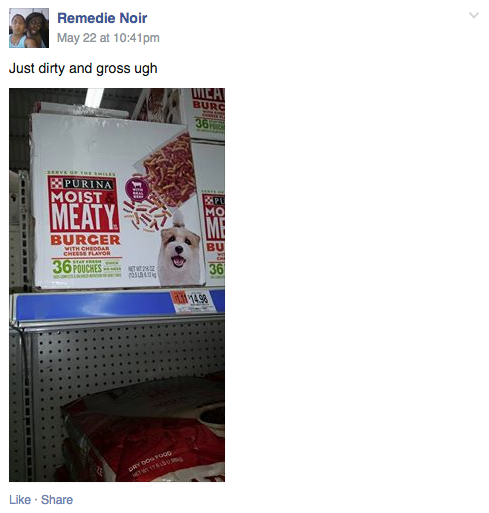 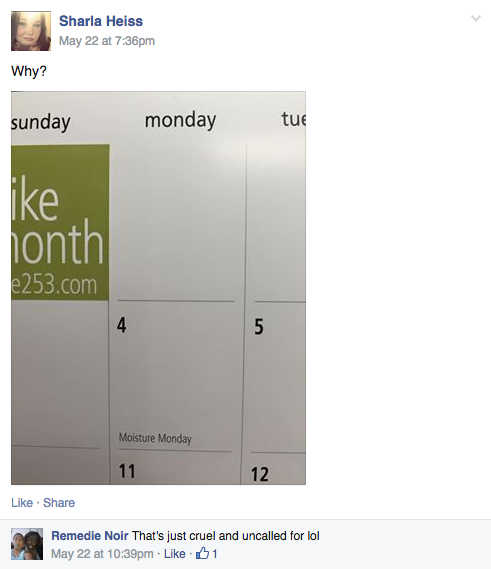 It’s been identified by The New Yorker and How I Met Your Mother as something to avoid at all costs. Even Jimmy Fallon searched for an answer as to why people use it:

A lot of people dislike the word because of the “oi” sound. If you’re a woman, you’re more likely to hate it.

UPenn professor Mark Liberman has spent years trying to nail down why we hate certain words. With “moist,” sound associations (in this case, the diphthong spelled “oi”) and semantic suggestions (we associate “moist” with sliminess) incite unease.

It’s worth noting that women tend to skew more anti-moist than men.

“Summing up the linguistic side of this word-willies phenomenon, we observe that some people develop a strong aversion to certain words, without any obvious reason,” Liberman wrote. “The words in question are not taboo in the culture at large. Women seem to be more more likely to have this reaction, though perhaps they are just more likely to talk and write about it.”

Hatred of “moist” is part of a phenomenon called “word aversion.”

“Moist” makes some people think of gross things, so they avoid it. It’s a process called word aversion, and Jason Riggle, a linguistics professor at the University of Chicago, described it to Slate thusly:

“The [words] evoke nausea and disgust rather than, say, annoyance or moral outrage. And the disgust response is triggered because the word evokes a highly specific and somewhat unusual association with imagery or a scenario that people would typically find disgusting—but don’t typically associate with the word.”

Why does hatred of “moist” seem to be a relatively recent phenomenon?

“Disgust is really a very social emotion,” Riggle explained, and in a culture where information can spread so quickly, it’s no surprise that “moist” and other terms — like “panties” — have started taking heat.

Whether it’s an association, bodily function or a series of unholy letters that just do not belong together, we’re here to tell you that you’re not the only one: The data says “moist” is a clubhouse leader in gross words.