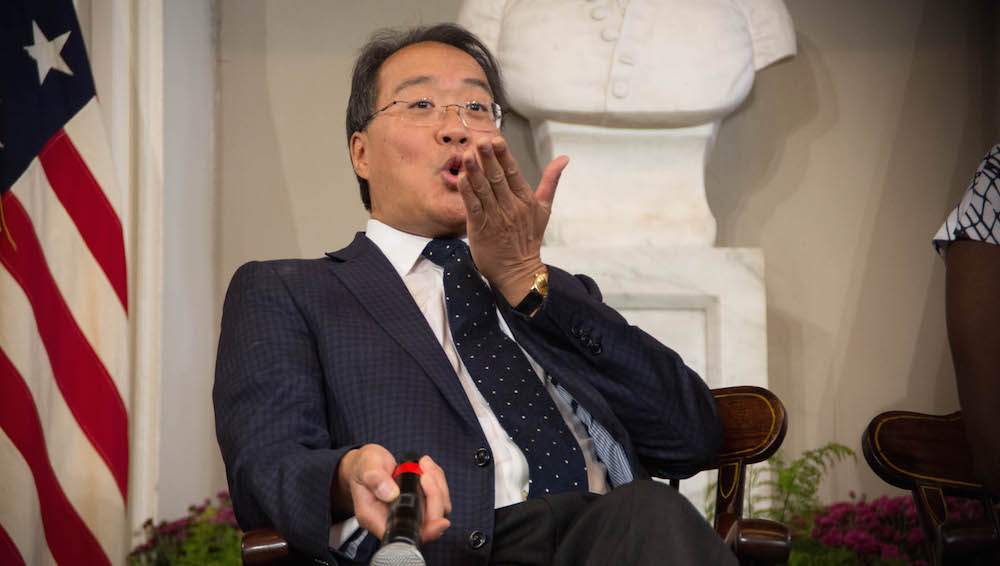 Imperfection isn’t the first word most people would think of when they hear Yo-Yo Ma’s name.

But the world-renowned cellist holds real reverence for all of the nuances that make us human.

Yo-Yo Ma was one of the panelists on Sunday’s “Fenway Forum: What’s the Right Thing to Do?”—one of the first events of Boston’s HUBweek. The forum explored the ethical dilemmas of technology’s role in our everyday lives. Alongside Ma, an array of personalities contributed to the panel: entrepreneur Arianna Huffington, television writer Alexis Wilkinson, research scientist Andrew McAfee, and professor Sherry Turkle. 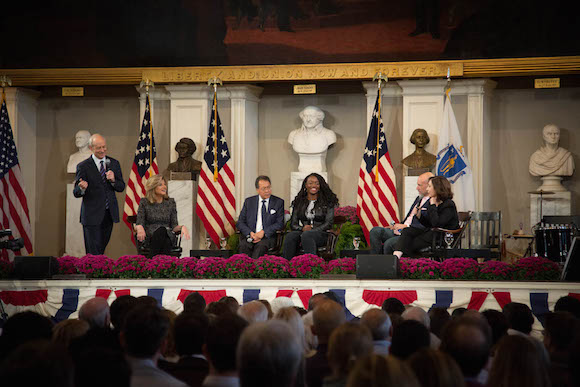 The conversation ranged in topic from Uber knowing your location to insurance companies basing premium costs on FitBit results.

One of the most interesting subjects related to the future of academia. Michael Sandel, Harvard’s Anne T. and Robert M. Bass Professor of Government and moderator of the Fenway Forum, asked: In an age of smart machines that are only getting smarter, how would we respond if a time comes when our professors are replaced by computer algorithms that can differentiate an A-material paper from a C-material one?

What will happen when an app can assign us a grade?

As was the case for most of the two hour-long forum, not all of the panelists agreed. Turkle, who has spent the last three decades researching people’s relationships with technology, said that we will lose all will to think imaginatively if we start approaching assignments and tasks to be judged by machines. McAfee, who recently wrote a book about the way digital technologies are changing business, the economy, and society, said that if someone wants to be graded in the most objective manner possible, these grading algorithms are necessary.

Yo-Yo Ma’s opinion, however, was rooted in something a little more abstract: music.

“When you have a kid play one note, that could be replicated by anyone,” he said. “Ask someone to play a second note, and the way they join the first and second notes relies on their muscular makeup but also what they want to hear inside. That path from one note to the next is different for everyone. This comes down to the idea of the human spirit getting to something beyond the finite. It’s part of every human being.”

“And we should want to find that in every student.”

Among the panel members, McAfee was one of the most strident supporters of computer algorithms assessing proficiency. In response to Ma’s answer, McAfee said, with some obvious flippancy, “That’s lovely language.” Ma’s reply was immediate: 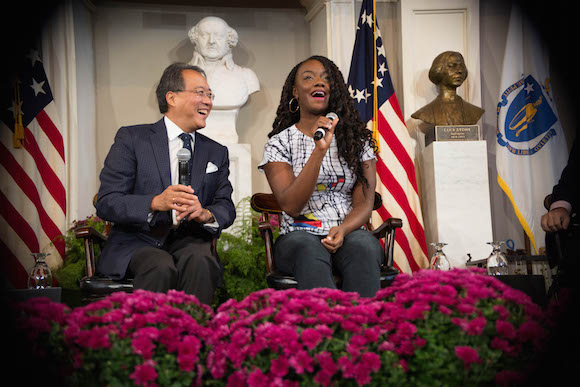