Why time goes by faster as you get older, in one graphic

Ever wonder why time goes by faster the older you get? Why years seem to get shorter and shorter?

One graphic designer broke down the idea of time perception in an interactive graphic in order to answer these questions and make you cherish your time—for real, this time.

Maximilian Kiener is an Austrian designer who uses graphics to tell stories. Kiener has been fascinated by the concept of time perception ever since he started to think closely about it five years ago.

“I noticed that older people, like my grandmother, mentioned [that time passes faster as you get older] a lot, and I was wondering why that is,” Kiener tells BDCwire.

So he began to explore. Quickly, he discovered a simple mathematical explanation for why time passes more quickly with age: Much like money, the more there is in existence, the less it’s worth.

“The more time you’ve lived, the shorter each year feels,” Kiener explains in the graphic.

“Time is subject to inflation!” Kiener writes in the graphic. “Who knew?”

Kiener shared his fascination with the concept of time perception with a coworker, telling her the mathematical explanation he’d come up with.

“She was amazed, too, and said I needed to tell more people about it,” Kiener says.

And so he did. Because Kiener is comfortable with all things digital, he decided to turn his explanation for why time flies into a catchy visual. Kiener says he made 88 different versions of the graphic before landing on the final design, perfecting every aspect of the design right down to the font, effects, and colors. 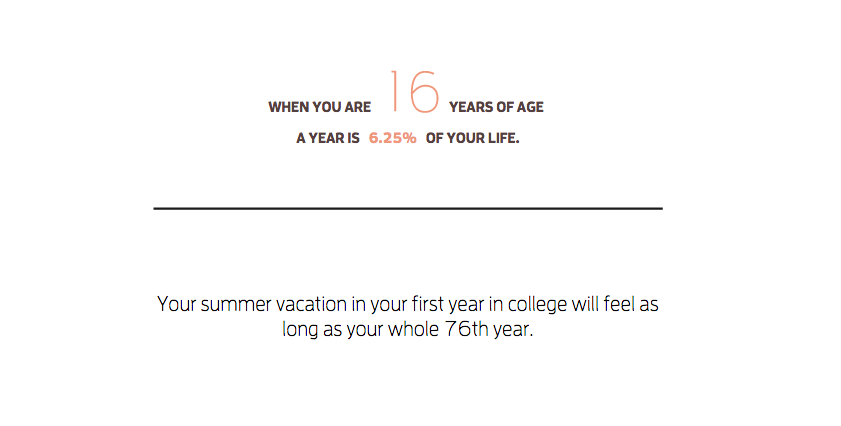 The interactive (which you should definitely check out) was posted at the beginning of July and has since been viewed almost 500,000 times.

When Kiener thinks about what his design might do for other people, he very fittingly looks into the future.

“My hope is that…people use [the graphic] to communicate the concept to others, even generations from now.”

The minute it takes to scroll through the graphic is fully worth it—and, depending on how old you are, that minute will go by pretty fast. 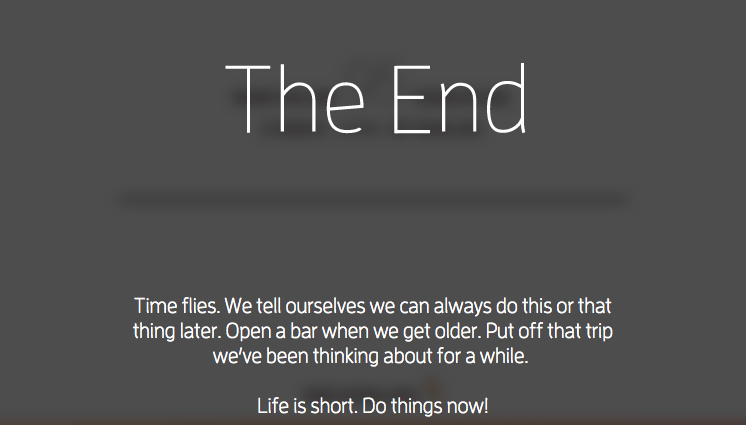