Why Ron Burgundy just might be the Sexiest Man Alive 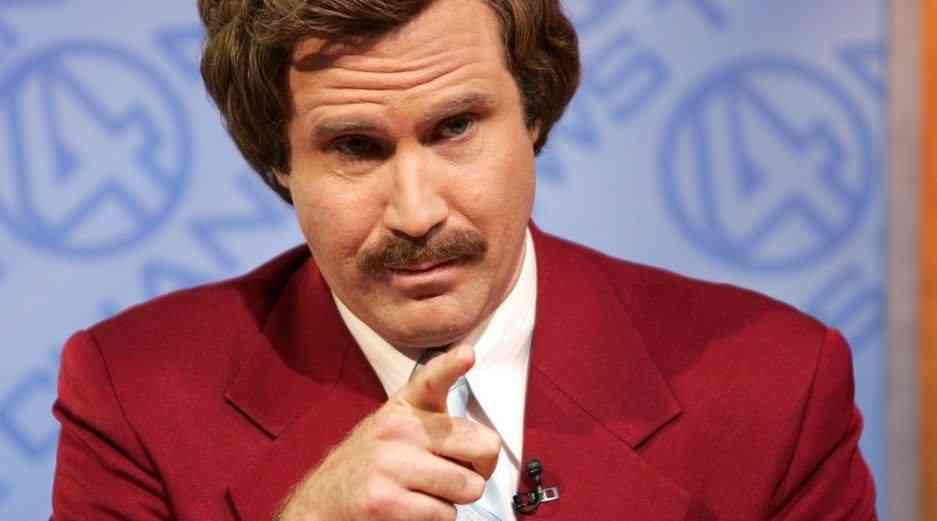 People Magazine, take note for your next “Sexiest Man Alive” proclamation. Move over, Adam Levine. Step aside, George Clooney, Matt Damon, and Brad Pitt. Because when it comes to sex appeal, there’s only one man — one newsman — who knows how to make the ladies swoon: San Diego’s legendary Ron Burgundy. Apart from that, he’s also got great hair and abundant personal style (he can rock a turtleneck like no other man) and the Sexiest Man Alive keeps it classy whether he’s in or outside of San Diego. Here are the top five reasons Ron Burgundy should be the decade’s Sexiest Man Alive. Warning: Some spoilers follow but all are noted in the headlines.

Only someone with such a generous heart as Ron could nurse a sick baby shark back to health, spending hours playing with the sea creature and bottle feeding it, and doing it all while he’s blind.
Who can forget these three lines: “Who the hell is Julius Caesar? You know I don’t follow the NBA!” “If you’ve got an ass like the North Star, wise men are gonna want to follow it.” “I’m so lonely, I paid a hobo to spoon with me.”
Ron and his cohorts Brick, Brian, and Champ heroically take on Kanye West’s MTV VJ crew and Jim Carrey’s Canadian news team and don’t even break a sweat.
Ron sings a duet with Robin Thicke for the movie’s soundtrack. You and I may call it speaking, but with Ron, he’s singing “Ride Like the Wind.” Ron sings, “That’s right, folks. When Ron Burgundy rides, he rides like the wind — not like a Subaru or a golf cart, like the God darn wind, powerful and sleek and invisible. Feel that draft up your skirt, ladies? That’s me. OK, that was creepy, I’m sorry.”
When it comes to ladies and news there can only be one Ron Burgundy. Who else could land and keep the beautiful, ass-static Veronica Corningstone and change the face of cable news forever, all while looking so classy in his Burgundy suit? Someone get this man a Murrow Award — or at least a People magazine spread.