Why Leslie Jones is the New Hire ‘SNL’ Desperately Needed 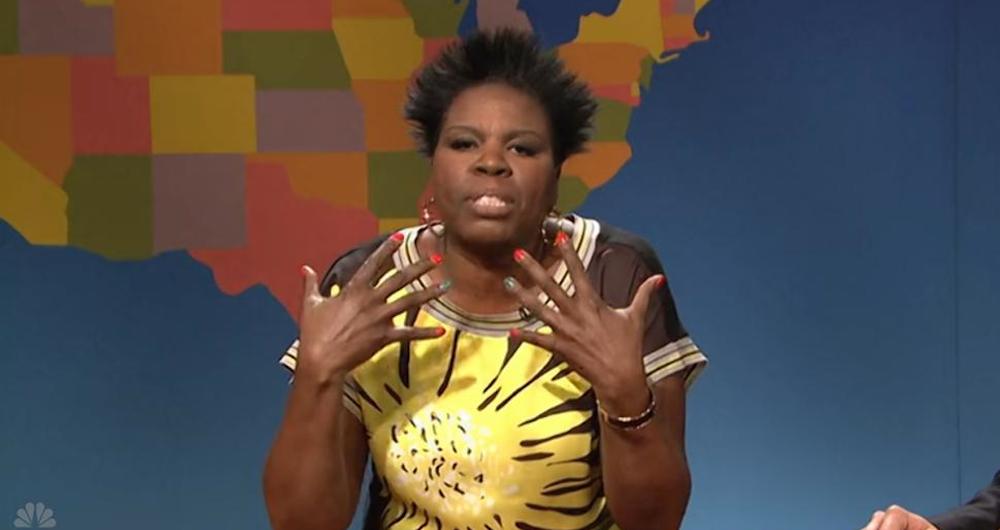 Late yesterday “Saturday Night Live” announced it had hired comedian Leslie Jones as a featured player, starting with this weekend’s show hosted by Jim Carrey. Jones, who was hired as a writer in early 2014 after losing out on a cast spot to current featured player Sasheer Zamata, has made several appearances on the show already, the first of which — a Weekend Update appearance discussing slavery and body image for contemporary black women — engendered quite a bit of controversy. But it’s that controversial edge that makes Jones such a great hire for “SNL.”

Since the departure of veteran cast members Kristen Wiig, Bill Hader, Fred Armisen, Andy Samberg, and Jason Sudeikis, who between them had 42 seasons of “SNL” experience, the halls of Studio 8H have felt a little empty. Well, maybe empty isn’t the right word, since “SNL” has hired 15 new cast members since 2012, but a lack of star presence or show direction would be accurate. With sketch shows like “Key & Peele” and “Inside Amy Schumer” offering biting satire of contemporary issues and “The Daily Show,” “The Colbert Report” and “Last Week Tonight With John Oliver” doing a better Weekend Update imitation than the current Weekend Update co-anchors, “Saturday Night Live” is no longer the countercultural bellwether it once was. The show has added significantly more pre-taped bits, indicating an effort to innovate, but sketches like The Group Hopper and Beer Pong seem incongruous next to the political cold opens, game show parodies, and vaudevillian opening numbers from weekly hosts that have long defined the show.

That’s where Jones comes in. Her comedy has an edge not seen on “SNL” since the days of Robert Smigel and TV Funhouse. Her riff on slavery and perceptions of the modern black woman was maybe the most trenchant racial commentary since Chevy Chase and Richard Pryor played a little game of word association back in 1975. This season Jones killed again with a Weekend Update desk guest appearance ranting on the difficulties of single life, and nailed the last line of “39 Cents,” a riff on the Christian Children’s Fund commercials that have dotted daytime television for years.

The fact that “39 Cents” could even be a sketch on “SNL” is something that wouldn’t have been true a few years ago. The sketch was written by Update co-anchor Michael Che and starred Kenan Thompson, Jay Pharoah, Zamata and Jones. That’s five black cast members. In 2008, there was just Thompson. Improved cast diversity aside, Jones brings a confrontational, flamboyant energy to the show, which “SNL” has sorely lacked. The bottom line is that every “SNL” cast member needs to positively impact the show, work well with others, and most importantly, be funny. And in that regard, Leslie Jones passes with flying colors.

Comedian Myq Kaplan is a comedian named Myq Kaplan. He joined me in studio this afternoon, and he’s at Laugh Boston this weekend. Click here for tickets. END_OF_DOCUMENT_TOKEN_TO_BE_REPLACED

My goodness, I love Sue Costello. It was great having her back in studio today to talk about her one-woman show, #IAmSueCostello, playing tonight at the Revere Hotel. Click here for tickets. END_OF_DOCUMENT_TOKEN_TO_BE_REPLACED

Trump Takes On…Boston! is running now through election night at Laugh Boston. David Carl was back in studio this afternoon to talk about bringing Donald Trump to the stage, the cathartic element (for both him and the audience) and how audiences have been reacting so far. END_OF_DOCUMENT_TOKEN_TO_BE_REPLACED

Trump Takes On…Boston! has arrived at Laugh Boston. I had comedian David Carl, who is portraying Trump, in studio this morning to talk about the show. END_OF_DOCUMENT_TOKEN_TO_BE_REPLACED

Lachlan Patterson made me laugh this morning. Let him make you laugh this weekend at Laugh Boston. Click here for tickets, and click “more” to hear our conversation. END_OF_DOCUMENT_TOKEN_TO_BE_REPLACED

Always a pleasure to have Boston.com’s Perry Eaton in studio for a chat. After we talked a bit about Pearl Jam at Fenway and Perry’s new podcast, he filled us in on Game of Thrones live and Narragansett’s new Bananagrams-themed brew. END_OF_DOCUMENT_TOKEN_TO_BE_REPLACED

It was great to have Alonzo Bodden back in the RadioBDC studio this morning. Don’t miss him at Laugh Boston this weekend! Click here for tickets and info, then click through to hear my interview. END_OF_DOCUMENT_TOKEN_TO_BE_REPLACED