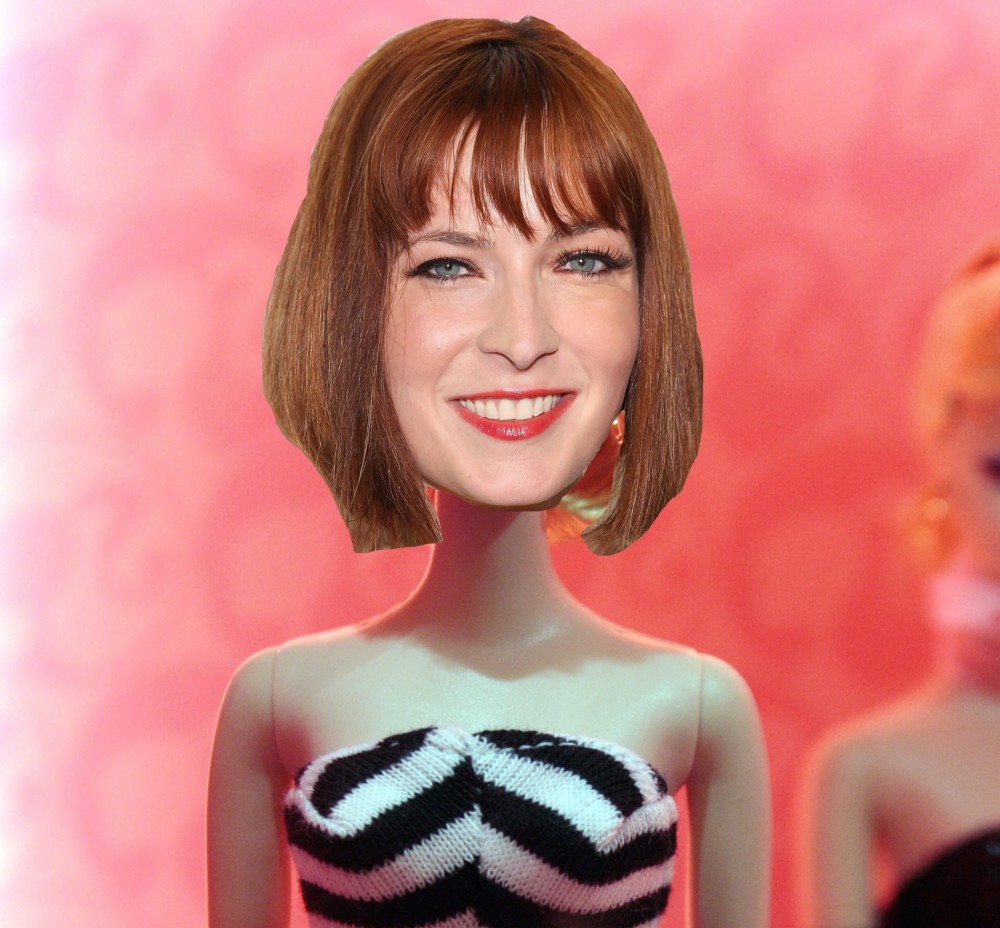 Diablo Cody has proven herself as an Oscar-winning screenwriter of Juno and leading mind on projects like The United States of Tara and Young Adult. But she wasn’t the first person to spring into a producer’s mind when seeking a writer to reboot the Barbie franchise, and that’s a good thing.

After the commercial and critical success of The LEGO Movie (barring one glaring Oscar snub), other classic toy franchises are seeking to inject new life into their brand with major feature vehicles. Formerly a dominating force in TV specials and straight-to-video releases, Barbie is now wedging her anatomically impossible waist into the popcorn-theater game.

The film’s first draft was written by Jenny Bicks, whose resume includes Sex and the City writing credits and the creator of mid-aughts Anne Heche vehicle Men in Trees. Cody has now been brought on for a full second draft overhaul, and Barbie isn’t her only nostalgia project in development – she’s also working on adapting Sweet Valley High into a musical feature.

Will her interpretation of the franchise sink like a Battleship? Not a chance.

Why Diablo is the only person for the job
By now, most are familiar with Diablo Cody’s unique ascent to fame – beginning as a stripper and blogger in Minnesota, her script for Juno lingered on the The Script Blacklist for a few years before getting picked up by director Jason Reitman. One Oscar later, the rest is history and Cody has joined the elite of the relatively small Hollywood screenwriting community.

Why is Barbie the right move? Cody stands for elements of empowerment that Barbie has routinely missed since her debut in a slinky bathing suit back in 1959. The doll’s busty, impossible body has always been a point of contention and often attributed to the ever-sinking self esteem of young girls, and a vehicle with a more progressive message stands to change that.

Cody, contrarily, has been an outspoken risk-taker since her days as a stripper, once joking about the industry that has informed Barbie’s trajectory in a major way:

The fashion industry isn’t merely content to encase my meaty flanks in skintight denim. Oh, no! That denim also has to be white, a color that attracts ketchup, wine, garlic aioli, and any other foodstuffs I might otherwise be able to enjoy if I wasn’t wearing ridiculously tight pants.

Her history as a self-made woman in Hollywood also lends itself to good signs for the Barbie character’s trajectory, but it will be interesting to see if Cody tackles some of the age-old controversy surrounding the doll in the kid-centric script. Past Barbie TV movies repeatedly put her in the role of princess, ballerina, and other gender-normative roles like the Sugar Plum Fairy, a Fairy Princess, a mermaid and, of course, a Fairy.

What’s more, the production team appears to be completely onboard with Cody revolutionizing perceptions on Barbie. Said producer Walter Parkes in a press statement:

“Diablo’s unconventionality is just what Barbie needs. It signals we’re going for a legitimately contemporary tone. We’re bringing her on because she had great ideas, but even more importantly, she truly loves Barbie.”

There’s no word on what Bicks’ original draft of the film entails, but if Cody’s headstrong Juno, schizophrenic mom Tara of United States of Tara or arrogant and insecure novelist Mavis Gary in Young Adult are any indication of what’s to come, Barbie will be more than a supermodel stuffed with cotton candy.

Can Barbie be a nuanced character and still be Barbie?
As anyone is wont to admit, Barbie is a bad bitch on the career front – look no further than her extensive resume for evidence of that – but she’s far from being a well-developed, screen-ready role model.

Because she’s a toy, there’s a million different women with different careers, magical powers and marketing standpoints who all happen to share the same name and plasticine features. It’s a fact that becomes glaringly obvious when taking in the bland, one-dimensional TV movies in which she appears. She’s more of a canvas than a character, which provides a world of opportunity for a new writer’s perspective. To create a Barbie worth watching, Cody will essentially need to go back to the drawing board, using only the vague buzzwords Barbie’s website and social media presence provides.

When it comes to the doll’s more progressive aspects, for nearly every step forward there is a damning step back, leaving the brand in an unclear flux. For every time Barbie encourages girls to “bust labels”, she shows her bust in the Sports Illustrated Swimsuit Issue. For every time she is depicted as a doctor or an engineer, she’s portrayed as a vapid bimbo throughout the Toy Story franchise.

If Cody goes for a body-positive, sex-positive portrayal of the character in a major feature release, this could be huge for Mattel’s oft-controversial big seller, which is rumored to make a sale every three seconds across the globe. The LEGO Movie writers Chris Miller and Phil Lord managed to take an innocuous, friendly brand and bring it to life for global audiences, but Cody is presented with a slightly trickier task – don’t just write a good movie, make a statement on a decades-long controversy.

Regardless, if the woman who wrote this passage in a 2006 stripping memoir Candy Girl –

“For me, stripping was an unusual kind of escape. I had nothing to escape but privilege, but I claimed asylum anyway. At twenty-four, it was my last chance to reject something and become nothing. I wanted to terrify myself. Mission accomplished. “

– is the same woman who will revive the famously murky Barbie franchise, then there’s not too much reason to worry.

Still holding my breath for a Furby movie written by Bobcat Goldthwait.

Golden Globe and Emmy nominee Benjamin Wallfisch is the composer responsible for the score of the hit movie IT. I talked to Ben about his approach to scoring the new version of this iconic story and his thoughts on film and music overall. Some very insightful commentary; listen in. END_OF_DOCUMENT_TOKEN_TO_BE_REPLACED

Rupert Gregson-Williams is an award-winning film composer. He just so happened to compose the score for this summer’s big blockbuster Wonder Woman. We talked about his beginnings in film scoring, film scores that move and inspire him and, of course, Wonder Woman. END_OF_DOCUMENT_TOKEN_TO_BE_REPLACED

Jeff Rapsis is a New England-based composer and performer. Lately, he’s been creating live musical scores for silent film screenings. I talked to him about his process and a few of his upcoming performances at The Capitol Theatre in Arlington and the Somerville Theatre. You can keep track of where else Jeff is scoring silent films here. END_OF_DOCUMENT_TOKEN_TO_BE_REPLACED

Planning on seeing Rogue One: A Star Wars Story when it opens this weekend? I joined Adam 12 to give you an idea of what to expect. But don’t worry, I didn’t give anything away. END_OF_DOCUMENT_TOKEN_TO_BE_REPLACED

No, not from afar, from the comfort of her couch. From the actual awards themselves. That’s where Meredith Goldstein was for the Oscars. She shared all the juicy, first-hand details with me. END_OF_DOCUMENT_TOKEN_TO_BE_REPLACED

To celebrate the opening of ‘The Force Awakens,’ I had some very special guests in studio to start the Thursday, December 17 edition of The Brink. Listen. END_OF_DOCUMENT_TOKEN_TO_BE_REPLACED

Watching the new Star Wars trailer a million times gave us all sorts of feels. And one of those feels was nostalgia. END_OF_DOCUMENT_TOKEN_TO_BE_REPLACED

Kevin Slane was in 6th grade in the year 2000. I was starting my radio career in the year 2000, peddling the sounds of Limp Bizkit and the like. So we decided to try and stump one another with some alt-rock sounds from that year. Listen in and feel free to play along. END_OF_DOCUMENT_TOKEN_TO_BE_REPLACED