Why are we wasting our time trying to deport Justin Bieber? 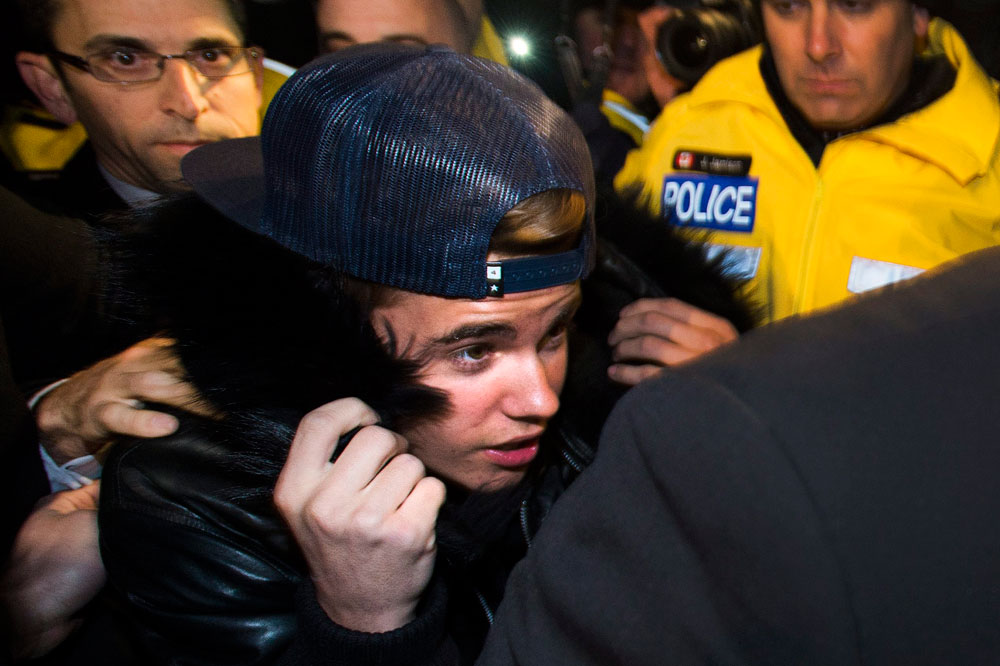 I don’t suffer from Bieber Fever, at least, not as far as I know. So, rest assured that I’m not speaking as an obsessive fan girl when I say that the fact that a petition to deport Justin Bieber has reached 150,000 signatures and counting is a sad waste of everyone’s time and an embarrassment to our First Amendment right to petition the government.

In case you’re not caught up on your Bieber news, yesterday a petition demanding that Canadian-born Justin Bieber be deported from these here United States of America attracted more than 100,000 signatures, the magic number that mandates an official response from the White House.

According to the petition, the signatories want Bieber deported because, “We the people of the United States feel that we are being wrongly represented in the world of pop culture. We would like to see the dangerous, reckless, destructive, and drug abusing, Justin Bieber deported and his green card revoked. He is not only threatening the safety of our people but he is also a terrible influence on our nations youth. We the people would like to remove Justin Bieber from our society.”

Where do I even begin with this? How about with the fact that there should be an apostrophe after “nations”? But that’s another issue entirely. Enough about grammar; let’s talk about Bieber.

I know all about Bieber’s recent bad behavior. I know about the peeing in buckets, the “super delicious” sex with Brazilian prostitutes, the egg attack on his neighbor, the drag racing and drunk driving that led to his arrest in Miami, and even the assault charges in Toronto that brought his second arrest in one week. I certainly don’t think we should be honoring Justin Bieber with a Nobel Peace Prize any time soon. But of all the horrible, awful people messing up our society, is Justin Bieber really America’s Public Enemy No. 1?

Then there’s this idea that Justin Bieber is misrepresenting America in the world of pop culture. Seriously, what does that even mean? He’s an international superstar. It’s not as if the rest of the world is laughing at those silly Americans who can’t get enough of the moronic, self-destructive teenager. Or maybe the issue is that people think Bieber is an American, and they might be mad at us for creating such a beast. If that’s the case, perhaps a more effective solution would be to start a petition that demands the pop star now and forevermore be known as Justin Bieber, the Canadian.

And once we have our 100,000 signatures for that position and it becomes a law, we can start doing something about Miley Cyrus. You know, an actual American whose recent twerking antics and promotion of “party drug” Molly — a drug that’s believed to have caused three overdoses at Boston’s House of Blues in August — haven’t exactly done a grade-A job of representing America in the pop culture arena.

But, of course, this land is Miley’s land. The old petition-the-government-to-get-someone-you-don’t-like-deported method isn’t going to work with her. Bieber, on the other hand, is an import we can petition to our heart’s content, so why shouldn’t we? I’m enough of a bleeding heart to sympathize with the idea that just because we can’t fix every problem, that doesn’t mean we should stand back and not try to fix any.

In fact, I’m so much of a bleeding heart that mine’s even bleeding a bit for poor old Justin Bieber. I confess, I have absolutely no idea what has been going through Justin Bieber’s mind the last few months. It’s entirely possible he’s just a spoiled brat acting out because he has money and he can. But his behavior is somewhat reminiscent of Britney Spears circa 2007 and even Amanda Bynes just last year, both of whom were suffering from mental disorders. I would hate to think we’re devoting our energy to deporting a guy who just needs medical help.

But let’s say there’s no mental disorder to blame. Let’s say Justin Bieber is just an asshole. I still maintain that our government has more important things to do than respond to petitions about pop stars. Like say, figure out what to do about our $12 trillion debt. Or [insert pretty much any cause you believe in here and it will undoubtedly be more important].

In the event so unlikely I almost didn’t bother mentioning it that this petition does result in the deportment of Justin Bieber, that won’t stop his terrible influence on our country’s youth. His face will continue to dominate our tabloids, his music will still play on our airways, and Bieber Fever will rage on. So rather than devote any energy to deporting Bieber, let’s find an actual worthwhile cause to petition instead.

Enter to win tickets to see Trio Da Kali at The Villa Victoria Center of the Arts (Newton, MA) on April 10th. END_OF_DOCUMENT_TOKEN_TO_BE_REPLACED

END_OF_DOCUMENT_TOKEN_TO_BE_REPLACED

Enter to win tickets to Rhye at The Paradise on February 28th. END_OF_DOCUMENT_TOKEN_TO_BE_REPLACED

Her new album has been pushed back, but we have Kimbra’s new single for you. END_OF_DOCUMENT_TOKEN_TO_BE_REPLACED

The folk duo returns with a new record this week. END_OF_DOCUMENT_TOKEN_TO_BE_REPLACED

Now that we’re done looking back at 2017, let’s look ahead at 2018. END_OF_DOCUMENT_TOKEN_TO_BE_REPLACED

Our first Song of the Week for 2018. END_OF_DOCUMENT_TOKEN_TO_BE_REPLACED

In a year when so many things were off, the music was right on. END_OF_DOCUMENT_TOKEN_TO_BE_REPLACED