Why are we mourning Uncle Phil? He was like a father to us 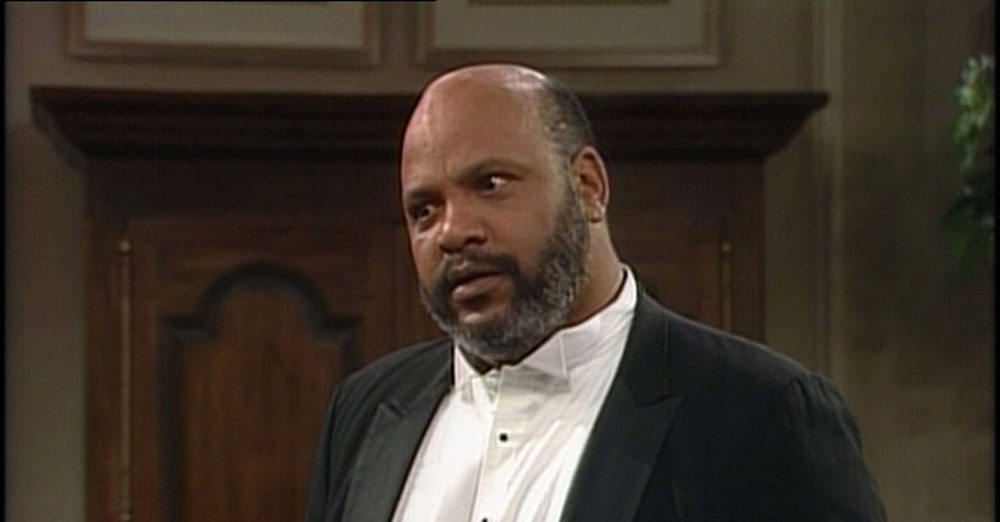 When an actor dies, we (perhaps unfairly) often find ourselves mourning the characters they played more than the person they actually were. Right now, children of the ’90s are posting “RIP Uncle Phil” to social media outlets, after the man behind the “Fresh Prince of Bel-Air” patriarch, James Avery, died late Tuesday. An older generation removed from that nostalgia may wonder, why Uncle Phil? What was the significance of a side character in a lighthearted sitcom? But as any of those kids posting on social media will tell you, Uncle Phil meant — and taught us — a hell of a lot.

The cultural significance of “The Fresh Prince of Bel-Air” came from the depiction of what its executive producer, the legendary Quincy Jones, called “both sides of the economic strata of the black community.” Uncle Phil was a well-to-do lawyer, living in a mansion in Bel-Air. This was not the brownstone on “The Cosby Show” or even the dee-luxe apartment in the sky on “The Jeffersons.” The show’s basic premise was what Jones labeled a “duck out of water” comedy, that “combination of both sides of the fence,” taking a kid from “Philadelphia, thrown out of the house because he was too much trouble, to come out here with his bourgeois family and every move he makes is a scene for entertainment and for conflict.” And that conflict occurred, more often than not, with James Avery’s Uncle Phil.

He was the emotional center of the show, the gravity to Will Smith’s weightless comedy. He was a timeless TV father, a moral compass teaching right from wrong on a show that deftly slipped values in between its one-liners.

When Will messed up, the judge with a short fuse who lorded over the Banks household would punish him with a steady hand. When Will needed love and support, when his vulnerabilities shone through his goofball, macho exterior, Uncle Phil showed compassion and boundless love. Anyone who grew up watching the “Fresh Prince” is lying if they didn’t get choked up when Uncle Phil’s response to Will wondering about his birth father, “How come he don’t want me, man?” was a bear hug. Seriously, watch it. He showed how to love your kids, even when one of them is your wife’s sister’s troublemaker kid.

Would we mourn any other TV father the same way? Probably not, with the possible exceptions of Bill Cosby’s Cliff Huxtable (“The Cosby Show”), Andy Griffith’s Andy Taylor (“The Andy Griffith Show”), and Robert Reed’s Mike Brady (“The Brady Bunch”). From the “Fresh Prince” era, no dad even comes close except perhaps John Goodman’s Dan Connor (“Roseanne”) or Bob Saget’s Danny Tanner (“Full House”), both of whom went lighter on the life lessons than Uncle Phil (and Danny often outsourced the parenting to Uncles Jesse and Joey). Whereas previous TV dads were mostly hardasses (Dan Lauria’s Jack Arnold on “The Wonder Years”), most of Uncle Phil’s contemporaries were slouches showcased purely for comic relief, from Al Bundy (“Married with Children”) to Tim “The Toolman” Taylor (“Home Improvement”) to Homer Simpson (“The Simpsons”).

Uncle Phil was both a hardass and comic relief, and we loved him for it. Yes, he was the show’s fall guy (along with the mocked-about-height Carleton), always the butt of jokes about his weight, but he was proud and dignified. When he talked, his kids — and Will — listened. For a generation raised on TV, he reminded us of our own fathers — lovable and laughable — and for many white children of the suburbs like myself, color didn’t change that fact.

That’s why Uncle Phil is being mourned (as much as the actor who perfectly portrayed him) by those of us who came of age during the show’s airing. Uncle Phil was our adopted father, just like Will was his adopted son. RIP Uncle Phil indeed.

Always a pleasure to have Boston.com’s Perry Eaton in studio for a chat. After we talked a bit about Pearl Jam at Fenway and Perry’s new podcast, he filled us in on Game of Thrones live and Narragansett’s new Bananagrams-themed brew. END_OF_DOCUMENT_TOKEN_TO_BE_REPLACED

No, not from afar, from the comfort of her couch. From the actual awards themselves. That’s where Meredith Goldstein was for the Oscars. She shared all the juicy, first-hand details with me. END_OF_DOCUMENT_TOKEN_TO_BE_REPLACED

It was wonderful having our good friend Meredith Goldstein back in studio this morning. She dug into the latest edition of Love Letters, which prompted us to play this song. And of course we had to discuss the Oscars. Make sure you’re following Meredith on Twitter, as she’ll be live-tweeting the awards this Sunday night. END_OF_DOCUMENT_TOKEN_TO_BE_REPLACED

Our first edition of TV Sets for 2016 might be better than every edition from 2015. END_OF_DOCUMENT_TOKEN_TO_BE_REPLACED