Who Is More ‘Boston’: Denzel Washington or John Travolta? 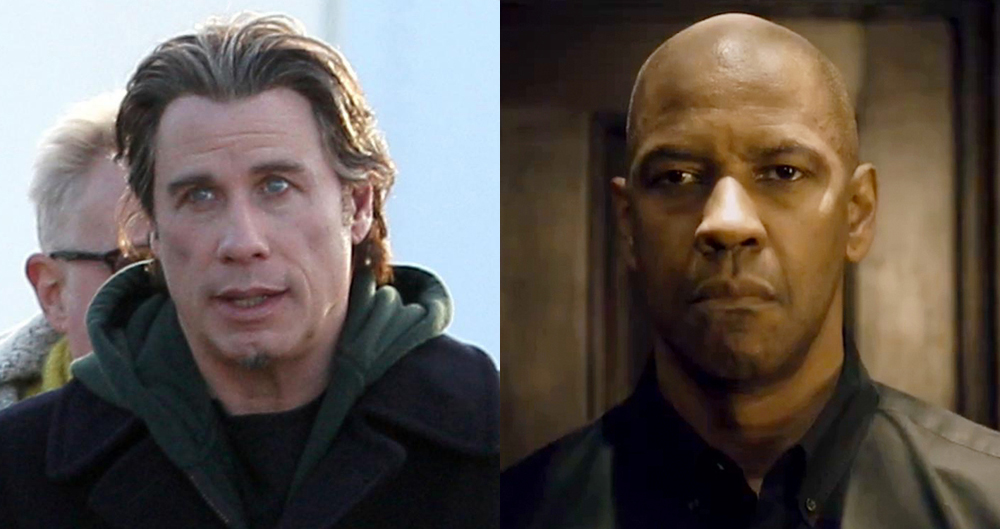 This fall, two Hollywood legends have films hitting movie theaters that were made in New England. Denzel Washington has “The Equalizer,” due out on September 26, while John Travolta stars in “The Forger” out later this year. In both films, Washington and Travolta play troubled men who must confront their pasts in present day. In “The Equalizer,” Washington plays a man who must face his violent past when he meets a young girl under the control of gangsters. In “The Forger,” Travolta plays a petty thief that the mob helped to get out of prison to spend time with his ailing son then pays them back by taking on a job with his father.

With the recurrence of the New England location showing up in films this fall, we have to ask who of the two previous co-stars of “The Taking of Pelham 1 2 3,” Denzel Washington or John Travolta, would make the better honorary Bostonian? We ran the stats and this is what we have found.

Let’s face it– sadly, neither of these critically acclaimed Hollywood heavy hitters comes from New England, but let’s see who is closer. Washington hails from Mount Vernon, New York, while Travolta was born in Englewood New Jersey. Though both towns are near New York City, we will go with Travolta on this one. Since we would rather take someone from the Garden State than a possible Yankees fan.

When it comes to sports, sadly the only thing that Travolta seems to sport these days is funny facial hair. Yes, he can be found supporting the World Cup once every four years or enjoying a soccer game once and a while, but calling him a true fan of the sport is a bit of a stretch. To be honest, Travolta would rather get down on the dance floor than throw back some suds with his buds. On the other hand, Washington is a diehard sports fan. It’s common to see him sitting court side at a Knicks game with Spike Lee wearing a Yankees hat (we’ll let it slide). Remember him in “He Got Game” and “Remember the Titans,” too? Yankees or not, we got to give it to Washington. He would probably be a good sport if we took him to Fenway anyway.

Both of these guys know how to be big stars, but more importantly, they can play bigger bad asses (wink,wink “SwordFish” and “Training Day“). But being from Boston gives you honorary badass status, so this category must be reviewed. At first glance, this might seem easy. With films like “Safe House,” “Unstoppable,” “Inside Man” and “Malcolm X,” Washington certainly knows how to be cool. And bonus points for having never played an angel or animated puppy or appeared in musicals. I know, low blow, but before you run out and discount Travolta, one thing to remember is that Travolta, unlike Washington, has no problem with, and tends to love playing, a villain. Say, have you seen “Pulp Fiction,” “Face/Off “or “The Taking of Pelham 1 2 3“? For Washington, even in his ‘baddest’ roles, he tries to have a glimmer of redemption. So, this one is very close, but when you put their most iconic badass films, “SwordFish” and “Training Day,” side by side, there is just no way Gabriel Shear can stand up to Det. Alonzo Harris.

Nothing says Boston quite like Mark Wahlberg. OK maybe Ben Affleck or Matt Damon, but do you know who shared the screen with Mark Wahlberg recently? Denzel Washington! The twosome teamed up for the 2013 shoot’em up flick “2 Guns.” But do you know what other famous face was born in Boston? Uma Thurman. And she starred alongside John Travolta in two films: “Pulp Fiction” and Be Cool.

John Travolta and Denzel Washington both have had films shot in the New England, but what about before it was trendy to shoot here? Well, it looks like both actors had filmed in Boston before that as well. Washington filmed 2007’s “The Great Debaters” in Boston and Cambridge. Before that, Travolta filmed 1998’s “A Civil Action” on Beacon Hill. Man, that movie was good.

So Bostonians, it looks like a tie. Damn! Gotta hate that. But with both guys back in the Bay State, aren’t we all winners?