Who is ‘Alex From Target’ and Why is He Melting Hearts Across the Twittersphere? 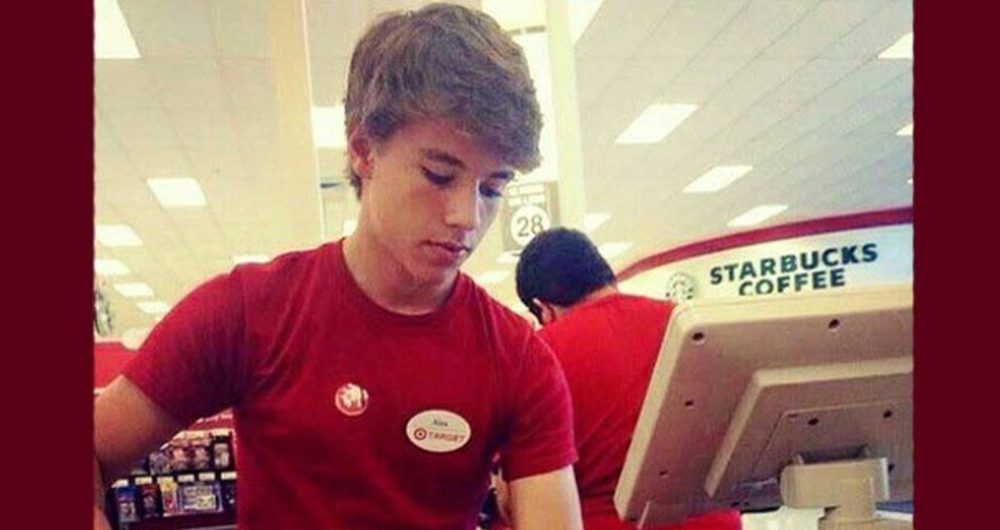 Internet celebrities are quickly becoming more and more legitimate for more illegitimate reasons every day. A whole new dimension is added to the mix though when the identity of said Internet meme remains somewhat of an enigma.

Alex is a normal Joe in the making. With a Bieber-esque haircut and boyish charm, Alex bags items at Target, and is capturing hearts from coast to coast doing so. #alexfromtarget is the latest Twitter and Instagram meme to become a sensation overnight, with some admiring him in a sketchily romantic way and others just giving him mad props for living the grocery-bagging dream to its full potential.

The meme picked up speed Sunday when Twitter handle @auscalum tweeted this photo of spry young employee doing what he does best, although @auscalum denies taking the original photo in later tweets.

Here’s a bit of evidence of the storm that one photo has set off across the Twittersphere:

this what happens when your idols were busy and your fandom’s gets bored. #alexfromtarget pic.twitter.com/6XhxJJ9DuW

OMG!! THERE IS EVEN A PLEDGE TO HIM ALREADY HAHAH #alexfromtarget pic.twitter.com/SEWfMB4NHU

In other news, college students across the nation are already prepping their Alex From Target costumes for next Halloween. Believe in Alex.