When an NFL player found out he was being released, this outrageous Twitter rant followed 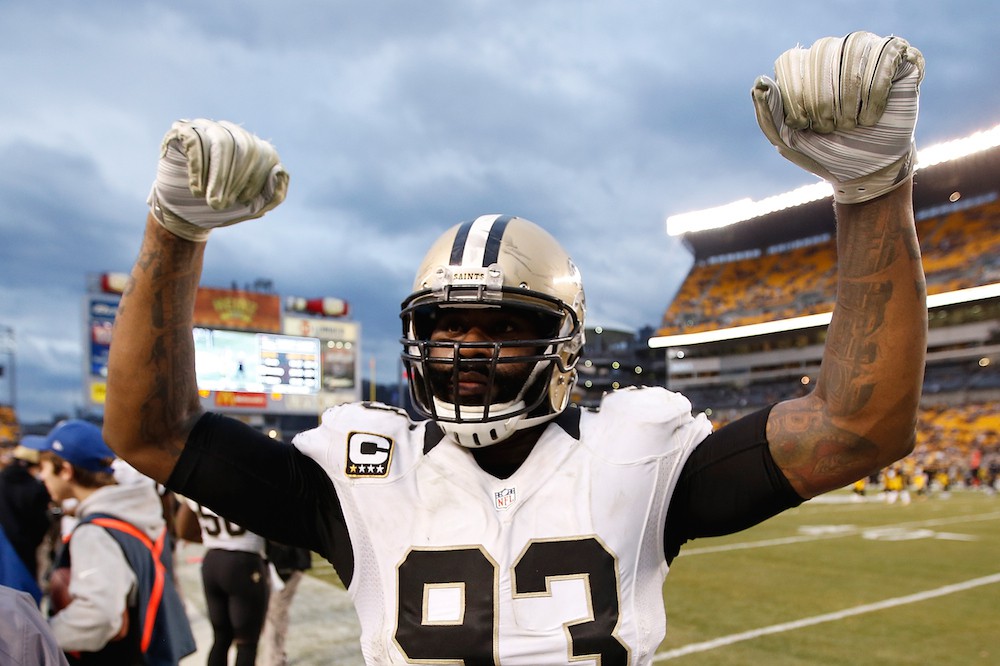 The New Orleans Saints informed linebacker Junior Galette Friday that he would be released before training camp began. The move was somewhat surprising, as Galette signed a four-year, $41.5 million contract extension last fall.

But then came an epic Twitter rant that threw almost a dozen players and coaches under the bus.

Galette deleted his own Twitter account, but when fans began tweeting at his girlfriend, the replies (and accusations) came fast and furious from someone who sounded an awful lot like Galette. (Heads up: Some of the language is NSFW.) 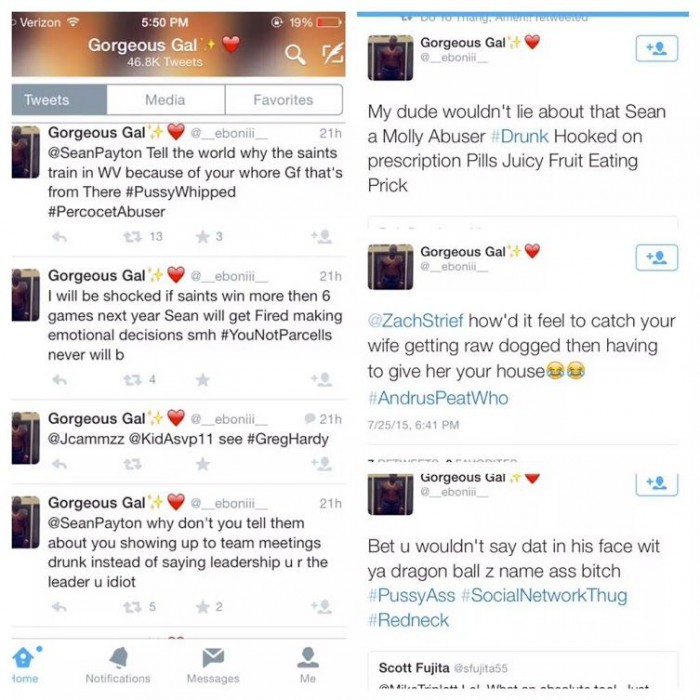 Among the many targets of the rant were quarterback Drew Brees, head coach Sean Payton, and wide receiver Marques Colston.

You can read most of the accusations over at Canal Street Chronicles.

Galette has had a troubled off-season so far. He was arrested and charged with simple battery on January 5 for allegedly hitting a woman. The charges were later dropped, but a civil suit is still pending.

Then, on June 20, video of a 2013 incident showed a man purported to be Galette fighting several people on a beach and hitting a woman with a belt.

Though Galette’s attorneys claim the man isn’t him, the Saints made a statement acknowledging the video, and a photo posted to Galette’s Instagram the day before the incident suggests it was Galette in the video.

Here’s that pic with the date. Video was posted the next day. pic.twitter.com/qFuFAjeeWm

As incendiary and hurtful as the comments Galette (or his girlfriend) posted may be, Galette’s former teammates had the last laugh.

The Black and Gold continue their run tonight at TD Garden. END_OF_DOCUMENT_TOKEN_TO_BE_REPLACED

Who will make the Class of 2018? END_OF_DOCUMENT_TOKEN_TO_BE_REPLACED

It’s been awhile since we talked Black and Gold. END_OF_DOCUMENT_TOKEN_TO_BE_REPLACED

You’re going to wish you were in the Northern Alps. END_OF_DOCUMENT_TOKEN_TO_BE_REPLACED

END_OF_DOCUMENT_TOKEN_TO_BE_REPLACED

Bill might be “on to Tennessee,” but we’re not. END_OF_DOCUMENT_TOKEN_TO_BE_REPLACED