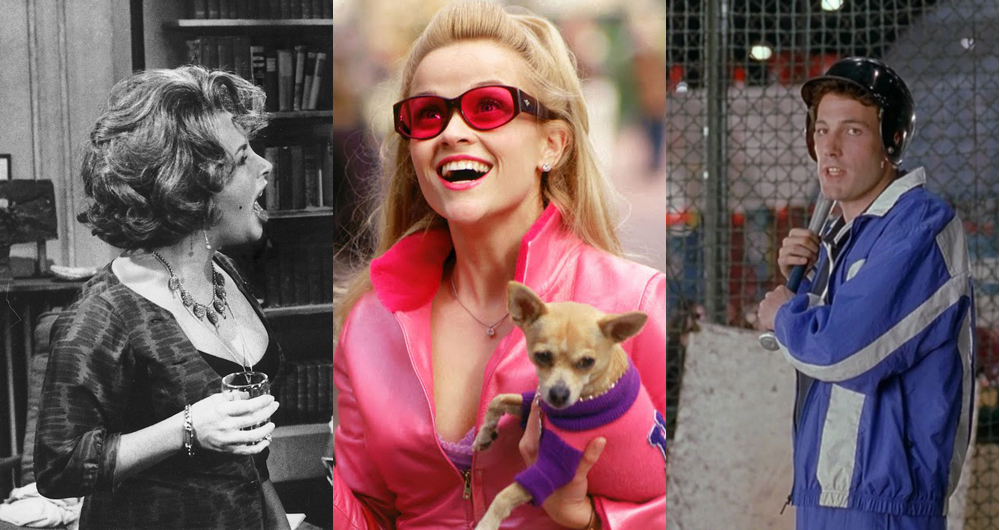 It’s that time of year again. The students are back in Boston. EDM shows are selling out again. Out-of-state ID’s are getting a little more scrutiny. Every print outlet in the city is churning out some kind of ‘back to school’ piece with a snarky twist. Boston is Boston again. And what better way for both students and census-counted residents alike to celebrate than by watching movies in the privacy of our homes and dorm rooms?

With films set in Boston having practically become its own genre over the past fifteen years, and with over one hundred colleges and universities in Massachusetts alone, one would assume there would be more than a handful of college-set movies that take place in the area. In fact, there are surprisingly few. So if you are a student and you want to see Boston and its surrounding area presented through the lens of a protagonist like yourself, or you’re a year-round gainfully employed resident and would like to relive the college experience without suspending your disbelief too far beyond your own zip code, here are your best bets:

David Fincher’s 2010 Facebook movie got pretty egregiously hosed at the Oscars. Did anyone even see “The King’s Speech”? I couldn’t even make it through the trailer. “The Social Network,” however, succeeds even better on a second viewing. The first time you see it, you’re watching a reflection of the world we live in – you get wrapped up in the idea that the next generation of telephone poles were built and planted across the globe by a condescending jerk in a dorm room, upset that his girlfriend realized what a condescending jerk he is. It works well as a Greek origin myth, with jealous gods and Justin Timberlake high on nectar and cocaine. But a second viewing takes you past the world in which we live, and lets the movie’s own fictional universe stand on its own, apart from its supposed explaining of the digital age (which no movie could successfully do anyway.) On the second viewing, you have fun rooting for the condescending protagonist in a world of well-meaning idiots. It’s the “screw this, I’m smarter than everybody!” attitude that embodies everything that annoys us about the city being flooded with college kids. And it’s that same attitude that drives college kids to take mostly obnoxious and unnecessary, but every now and then, world-changing, risks. Plus, it opens with a shot of a well-known bar on Somerville’s Beacon Street. I’ve watched basketball games there. So that’s exciting, too.

Set north of the city at Wellesley College, Julia Roberts got $25 million to make this movie, which is a record for a film with so few explosions. Not a hit with the critics, and dated in how seriously it takes itself (set in the early ’50s, released in 2003), it still has value in how intricately it constructs its time and place: a conservative New England private school, just after the war, where a wise-beyond-her-30-years, California state-school educated Julia Roberts saunters in and changes lives and challenges social mores. It’s like an all-white, all-female “Dangerous Minds.” And with Tori Amos instead of Coolio.
Not a college romp by any means, Mike Nichols’ 1966 adaptation of the famous Edward Albee play is best watched as a harrowing look into what entry into the New England Academic Upper Crust really means: deceit, alcoholism, and failed marriage. It’s okay that the tenure track isn’t what it used to be, honey, because look at how miserable all those people were, in that small New England college town world that doesn’t exist anymore. Best drinking games: drink every time the fictitious son is mentioned, every time infidelity is insinuated, every moment of more than three consecutive seconds of silence.
Like Fincher’s “Social Network,” this is another movie based on a book by local author Ben Mezrich. Unlike Fincher’s film, “21” was not nearly as critically popular. Based on Mezrich’s 2003 book “Bringing Down the House,” “21” was heavily criticized for casting a white British actor as the lead, when the protagonist of the book was an Asian-American. The bigger problem with the film is that it’s got Kevin Spacey in a role begging for Underwood-level ruthlessness, but instead we’re treated to the low-hanging fruit of a genius college kid struggling between life in the fast lane or sticking to the original, safer plan. Will he pursue true love with an underdeveloped character or self-aggrandizement at the expense of unknown and unseen victims? I don’t care. I just want to see the mathletes cast as a gang of outlaws stealing from the rich and becoming the richer. On the plus side, an earnest effort to make archetypal “rock stars” out of MIT students is made, if you’re into that kind of thing.
If there’s ever been a better movie made about the Harvard Law School experience, I haven’t seen it. Reese Witherspoon carries this movie that satisfyingly solves every problem it creates. It’s your basic fish out of water. And the fish successfully prosecutes a murder case because she knows details about hair-treating chemicals that most lawyers don’t. The movie is clearly shot in Southern California and not in Cambridge, but the Boston references hold up. 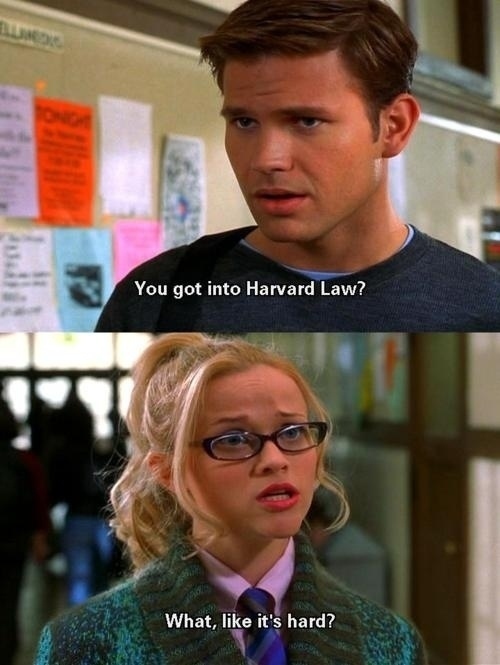 The archetypal Boston movie is also a college movie. Or at least it exists in a world connected through the local academia. Bunker Hill Community College is a more leaned-upon expository tool than Southie when it comes to establishing class differences. And how often can you say that Ben Affleck is terrific? Because he’s terrific in this movie. It hits all his strong points by asking him to be abrasive and unlikeable. It’s also overly sentimental and over-the-top in its brief overview of undergraduate Marxism. But who doesn’t feel a kind of all-is-well-with-universe joy when Matt Damon shoves Minnie Driver’s number in the face of Liz Lemon’s ex-boyfriend’s mentally challenged younger brother from “Oz”? Especially with that dumb sweater draped over his shoulders? That’s what we watch movies for. And Robin Williams talking about his wife’s farts. That’s cute, too.

Not a “Boston” movie, of course. Filmed in Oregon by Harvard and Dartmouth affiliated writers and filmmakers, it is often claimed as a biopic by Amherst College. Who knows? Who cares? It is by far one of the most profitable movies of all-time, making over $141 million to date after an initial $2.8 million production cost. It’s John Belushi at his best. It says more about how the ’70s became the ’80s than it does about any particular place or college. It’s great.