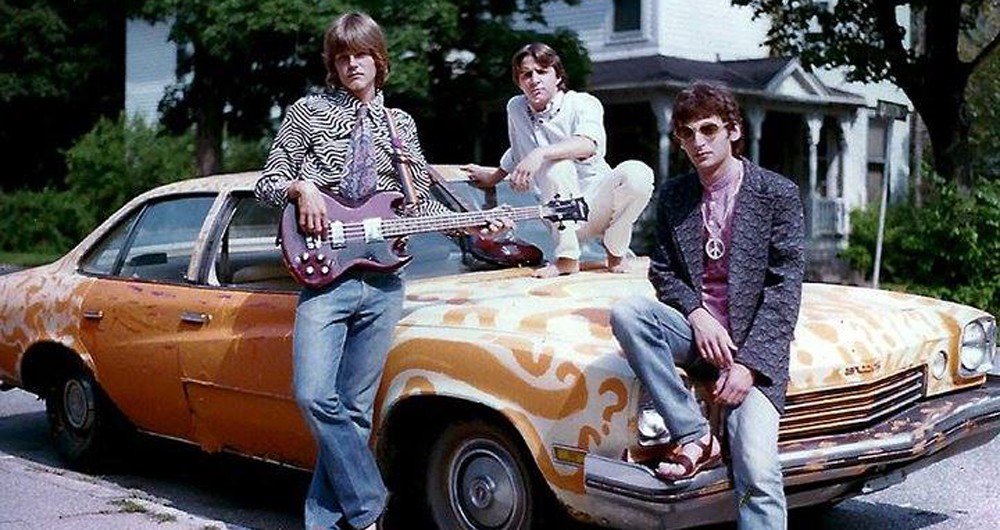 Sure, you might see a punk show on Monday and a chillwave band on Thursday and so on, but usually you favor one sound over another because you’re a busy bee and time is honey. It’s been the same for years, and the Prefab Messiahs can vouch.

The saviors from Worcester (or as they call it; ‘Wormtown’) were originally a trio of DIY ’80s-era psych dudes who specialized in a powerful yet melodic garage-pop sound that lasted for a surprisingly short 16 months, with their tenure spanning 1981 to 1983. Only recently in this decade have we been graced with releases that survived the death-rattle, as the album Peace Love & Alienation was released by Fixed Identity in 2011 and 1981-83 anthology Devolver by Burger Records in 2013. Their newest album ‘Keep Your Stupid Dreams Alive‘ continues to establish the weirdo legacy of the group in the 2000’s. 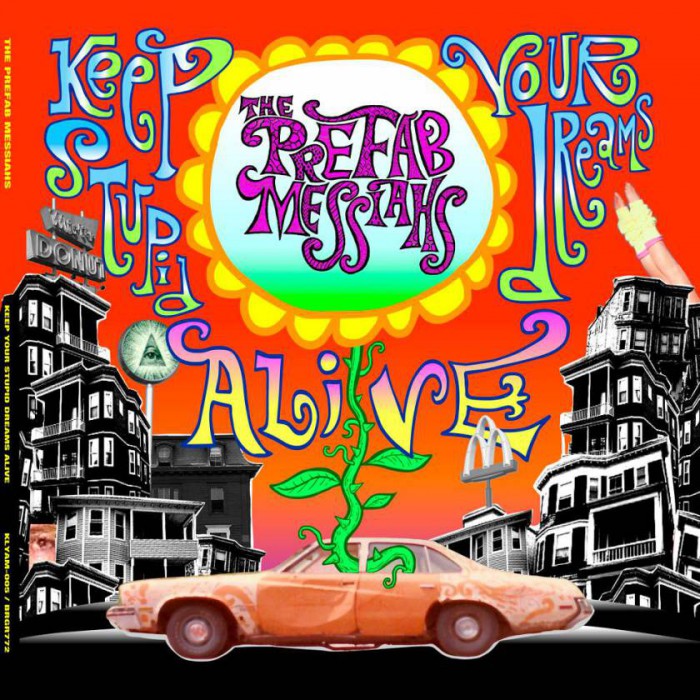 I was lucky enough to meet up with Watertown local Kris ‘Trip’ Thompson, bassist and all around nice guy of the Messiahs who provided me with a copy of ‘Keep Your Stupid Dreams Alive.’ We lamented the overuse of the word ‘psychedelic rock,’ a word which usually brings to mind colorful sounds and groovy haircuts from the mid-to-late ’60s, and it seems to set a tone of ‘revivalism’ that you hear today with bands like Black Lips or locally loved Secret Lover and Soft Eyes.

Prefab Messiahs expand across a long range of these local psychedelic sounds, but Kris asked me to think twice on my categorization of ‘psychedelic’ music, “I think it’s odd when people call us a ‘psych’ band. I mean, obviously psychedelia is important to us, but it’s only one aspect. You know, we’re not the typical ‘heavy/languid’ sort of psych at all — we’re more melodic and succinct. I’ve been calling us ‘Garage-Psych-Pop’ for convenience — because to leave any of those out is to stop describing us well.”

This is important to consider from a band that was playing within the same circles as Mission of Burma. Music from Massachusetts in the 1980’s was “This Is Boston, Not L.A.” era punk rock that followed the surge of the D.C.-based hardcore scene. How were these hippies hitting it off with the local Worcester punks and creating killer DIY shows in the 1980’s? Kris explains that maybe the pairing seemed strange but was a huge blessing in disguise.

“I feel very lucky to have started when we did (1981), even though getting word out about underground activities wasn’t all that easy. There was a temporary vacuum with classic rock and hard rock giving way to new wave, punk and experimental stuff, and we filled that vacuum for ourselves with our inexperienced exuberance and curiosity.” An interview with WFMU elaborates on that, with Kris noting the suspicion of other local musicians with them being the college campus bound kids they were – but that all smoothed over nicely once they “realized that we were fellow status-quo rejecters.”

After the amicable split in 1983, the band did return to play the Wormtown Anniversary Bashes presented by the Wormtown Punk Punk Press in 1998, 2003 and 2008, as well as a 4 day tour in 2012 called the ‘Back to Wormtown 30th Anniversary Micro-Tour,’ celebrating their 30-year anniversary. Breath returned to the Messiahs, and I asked Kris the purpose of this new record in the larger view of the Messiah’s new found existence. “We had such a great time doing our [Micro-Tour] that we decided that it would be great to try some new recording — so that when we got together again for more shows, we wouldn’t just be trotting out the old faves. I thought that recording with Doug and Jesse would be a relaxed and creative way to capture the new sounds, and that definitely turned out to be the case.”

This accumulation of effort is the record ‘Keep Your Stupid Dreams Alive.’ The album bounces back and forth between fast, poppy psychedelic rock you can hear on ‘Weirdoz Everywhere’ and ‘Bobb’s Psychedelic Car’ and slow, groovy rhythms sometimes accompanied by spoken prose on songs such as ‘SsydarthurR’ and ‘Orange Room.’

On March 19th they’ll play the Middle East in Cambridge and on the 20th they will return to Ralph’s Rock Diner in Wormtown, and finally at Modern Gypsy in Manchester on March 21st. In the meantime, you can check out their brand new video for “Weirdoz Everywhere.” The Prefab Messiahs are coming home, and all the weirdos couldn’t be happier.

Perry Eaton writes for Boston.com. Perry Eaton talks on the radio with me from time to time. Today, he talked to me about what he’s been listening to and some upcoming shows and festivals worth checking out. Click here to read more. END_OF_DOCUMENT_TOKEN_TO_BE_REPLACED

In some ways, Palehound has always had a home in Boston. END_OF_DOCUMENT_TOKEN_TO_BE_REPLACED

Kal Marks is the kind of band that sneaks up on you. Whether you’re experiencing them at some basement show in Allston, or in an opening set for Pile at Great Scott, you may not see them coming, but they’ll immediately click. The combination of heavy sludgy riffs and lead singer Carl Shane’s unique crooning bowls you over. It’s dark and it’s compelling, but most importantly, it’s really earnest. END_OF_DOCUMENT_TOKEN_TO_BE_REPLACED

It’s not very often that some of the most talented performers in Boston are set to grace the same stage in a single night. This Sunday marks the 1 year anniversary of Mind Spray, a local hip-hop open mic and showcase series devised by promotion and booking company The Brain Trust. END_OF_DOCUMENT_TOKEN_TO_BE_REPLACED

There’s been a lot written about Street Dogs evicting a group of neo-Nazis from the pit at their House of Blues, Anaheim show on St. Patrick’s Day. You don’t need to read any of it. Just listen to front man Mike McColgan tell the story. He talks about joining his old band, Dropkick Murphys, on stage in Boston last week, too. END_OF_DOCUMENT_TOKEN_TO_BE_REPLACED

It’s not her best. END_OF_DOCUMENT_TOKEN_TO_BE_REPLACED

When in Nashville, do as the locals do. Since relocating to Tennessee a few months ago, this seems to have been Steven Tyler of Aerosmith’s approach after announcing in an October Twitter Q&A session that he intended to record a country album, an endeavor he’s well in the process of completing. END_OF_DOCUMENT_TOKEN_TO_BE_REPLACED

“I’m Shipping Up To Boston” just turned ten years old. Boston.com’s Matt Juul put this piece together on the history and significance of the Dropkick Murphys song, then joined me in studio to talk about it. END_OF_DOCUMENT_TOKEN_TO_BE_REPLACED

Boston is a city known for it’s Irish heritage, and it’s celebration of it. Two main traditions have held strong in Boston: the St. Patrick’s Day Breakfast and subsequent Parade. But I argue there is a third now: seeing the Dropkick Murphys at the House of Blues during their multi-night March Residency. END_OF_DOCUMENT_TOKEN_TO_BE_REPLACED