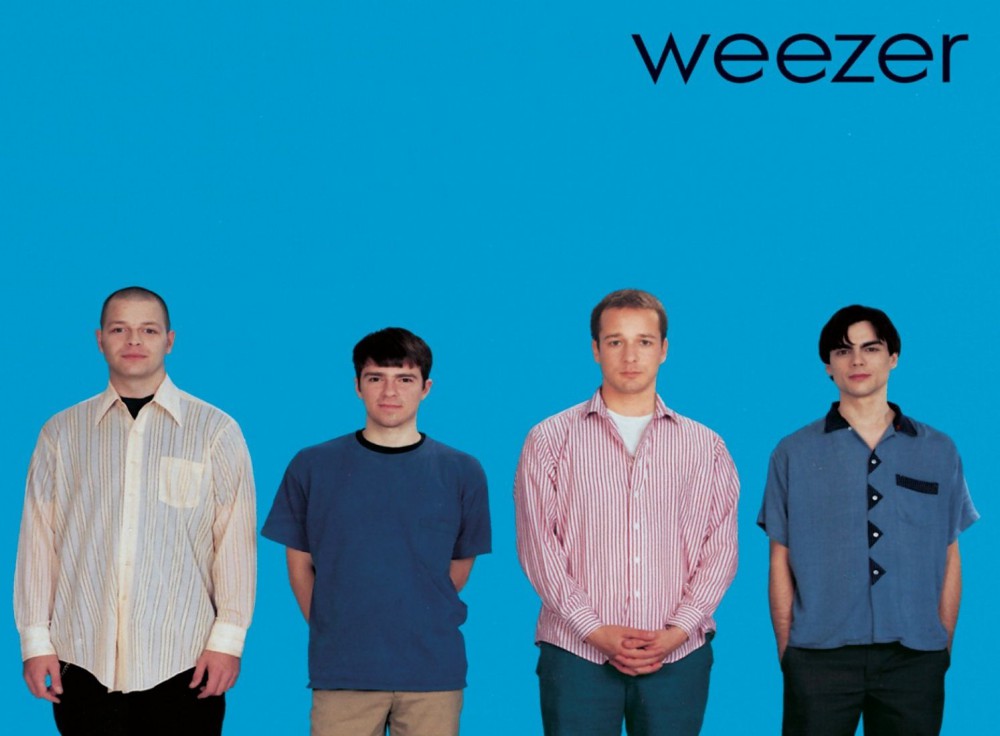 I was too young to appreciate Weezer’s self-titled album when it was first released on May 10th, 1994. While my time to discover the “Blue Album” would come years later, their iconic debut record still holds a special place in my heart as an important and necessary part of my adolescence.

With the magical merging of angsty and anthemic harmonies, this album was a beloved companion during my teenage years. Admittedly, I did not truly understand or love it at first, as some of the songs and lyrics got past me. But as many great albums do, it grew on me until I was obsessed with the playful riffs and bittersweet themes. I almost hated Rivers Cuomo initially for his ability to seem so charming while making feelings of nothingness and vulnerability appear so relatable. But ultimately, that’s the charm behind the “Blue Album.” Weezer created something that projected a mischievous spirit which touched on universal issues of adolescent angst and insecurity.

Below, Adam 12 and Paul Driscoll share their experiences with the now 20 year old album. You might want to Paul’s Weezer Playlist while you read.

In the spring of 1994, I was going through my “if it’s not British, I’m not going to listen to it” phase. I was done with grunge, I thought Green Day sold-out, and outside of The Afghan Whigs, I was convinced that the best music being made in the world at that current time was coming out of the UK.

Once a week after class I would make a pilgrimage to a little record store in Bryn Mawr, PA called Repo Records. I spent a ridiculous amount of money buying import CDs by many of the emerging UK acts months before they were scheduled for release in the US. In April of 1994, I was listening to the following 4 albums on repeat:

And then Weezer came along.

I remember hearing “My Name Is Jonas” and “Undone – The Sweater Song” back to back on 103.9 WDRE in Philadelphia a few weeks before the Blue Album was released. At that moment, I became a fan of Weezer. And to this day, I believe they are one of the most important bands of the 90’s.

What else is there to say, really? I was a Junior in high school when Weezer dropped their debut. My buddy Chris talked me into skipping school with him–which I rarely did, as I was a good boy–so we could buy it as soon as it came out. So off to the Burlington Mall we went for breakfast at Brigham’s, then a trip to Sam Goody to grab The Blue Album on cassette tape. We spent the morning cruising around listening to it, and it sounds as good today as it did back then.

Enter to win tickets to see Trio Da Kali at The Villa Victoria Center of the Arts (Newton, MA) on April 10th. END_OF_DOCUMENT_TOKEN_TO_BE_REPLACED

END_OF_DOCUMENT_TOKEN_TO_BE_REPLACED

Enter to win tickets to Rhye at The Paradise on February 28th. END_OF_DOCUMENT_TOKEN_TO_BE_REPLACED

Click here to see where we’ll be the rest of the season! END_OF_DOCUMENT_TOKEN_TO_BE_REPLACED

END_OF_DOCUMENT_TOKEN_TO_BE_REPLACED

Enter to win a pair of tickets to attend The Hess Collection Seminar and Dinner as part of Boston Wine Festival 2018 at the Boston Harbor Hotel on Wednesday, March 14th. END_OF_DOCUMENT_TOKEN_TO_BE_REPLACED

The Black and Gold continue their run tonight at TD Garden. END_OF_DOCUMENT_TOKEN_TO_BE_REPLACED

Her new album has been pushed back, but we have Kimbra’s new single for you. END_OF_DOCUMENT_TOKEN_TO_BE_REPLACED