‘WE SUCK’: How a Group of Yale Students Used ‘The Game’ To Prank Harvard in the Best Way Possible 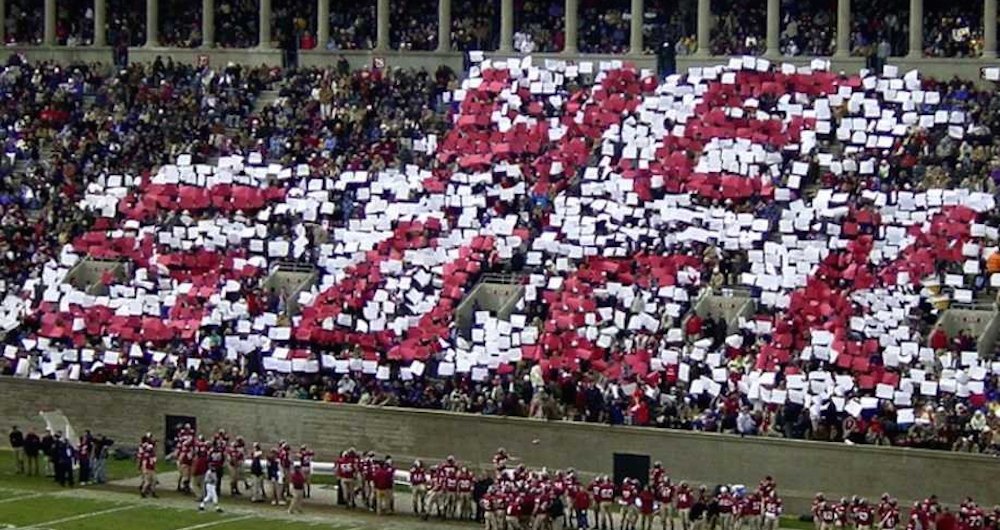 Harvard vs. Yale. “The Game.” One of the oldest, most storied rivalries in college football history will play out its latest chapter in Cambridge this weekend. And for the first time ever, ESPN’s College Gameday will be on hand to showcase Ivy League fandom and the creative, irreverent tailgater signs for a nationwide audience.

With all eyes on Harvard Stadium, the pressure is on for Harvard to showcase its talents — not just athletically on the field, but creatively in their sign-making. As far as the game goes, Harvard is favored by 12. But no matter how clever Harvard’s signs may be, they will never top the prank Yale pulled off 10 years ago, when Yale students disguised as the “Harvard Pep Squad” got 1,800 Harvard fans to hold up pieces of construction paper spelling out “WE SUCK.”

Thanks to an exhaustive oral history published today on Business Insider, we now have an inside look at how two Yale students, Mike Kai and David Aulicino, conceptualized and executed one of the best pranks in college football history. Below are five of the most interesting facts about the prank, but the entire BI article is worth reading. 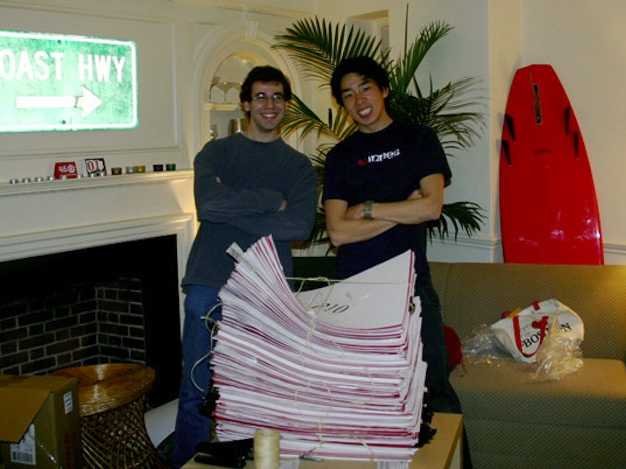 “The Game” was held at Yale in 2003, making it easier for the duo to sneak into the stadium and leave construction paper under seats in the Harvard cheering section. However, someone called in a bomb threat, leading campus police to search the stadium.

“Once the bomb threat came in, they wanted to search everyone in the stadium, and there were very few people there. They saw us with all of the construction paper,” Aulicino said. Caught in the act, and without a believable explanation for what they were doing, the would-be Yale pranksters had to abandon their plan.

2. Their “Harvard Pep Squad” disguises were backed up by fake Harvard IDs

Kai and Aulicino knew pulling the prank off at Harvard would be much tougher, so they attended a Harvard-Cornell game and took detailed photos of Harvard Stadium to estimate how many pieces of construction paper they’d need. They also enlisted the help of 20 or so freshman, decked out in “Harvard Pep Squad” t-shirts, crimson face paint, and equipped with Harvard IDs in case a Harvard official’s suspicion was aroused.

In an AMA (Ask Me Anything) on Reddit from two years ago, Kai described how nervous the duo were.

“Dave and I planned every detail we could imagine and went through every possible scenario. It was like preparing for battle, really. Stacking all those papers the night before, double-checking everything, coordinating meetup points, he wrote. 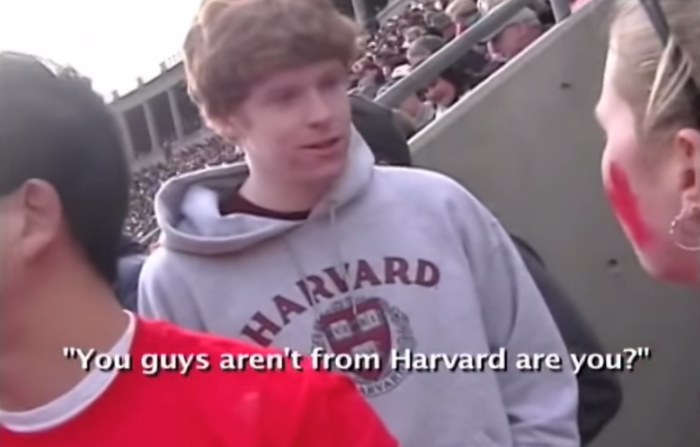 3. They almost got caught by a Harvard student

In the video, a Harvard student accosts the Yale students as they hand out paper, asking them what house they’re in. After some hesitation, one of them says “ho-fo,” to which the student responds “that’s not a real house.” Eventually someone comes up with “fo-ho,” a nickname for Harvard’s Pforzheimer House, and says their friend is “probably drunk.” Despite that close call, Kai said stadium security didn’t give them a second thought, despite carrying in black garbage bags full of paper weighing almost 175 pounds.

In the era before smartphones and YouTube, Internet videos weren’t as widely available or ubiquitous. But Kai was “really into film,” and got a great shot across the stadium. The duo bought the domain HarvardSucks.org and hosted the video on Yale’s servers.

According to Kai, on the first day they hit 100,000 views and by the second day 1.2 million. The immense popularity of their prank forced the Yale servers to crash, shutting down the campus-wide email system for a few hours. 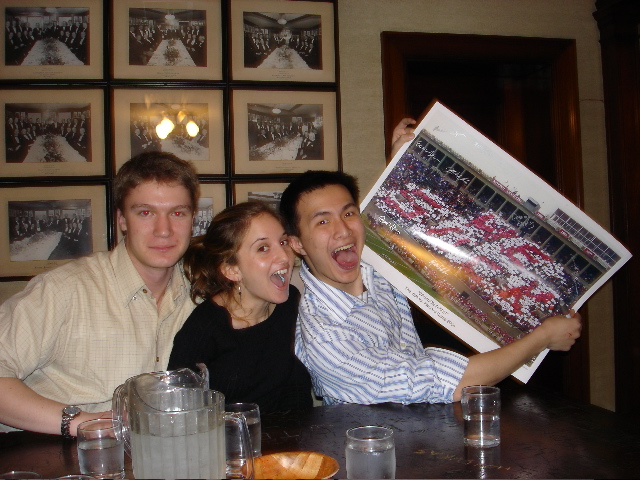 5. The duo spent $750 on the prank, but made their all their money back in an hour selling posters

All that construction paper cost a pretty penny, but the duo made their money back and then some. By selling posters of the “WE SUCK” photo for $10, Kai and Aulicino hoped to break even. They accomplished that within an hour.

“Within an hour we made the money back, and after that we donated the extra to relief efforts for the big Indian Ocean Earthquake and Tsunami. Something like $10 grand when it was all over with! We also threw a big raging party of course,” Kai wrote on Reddit.M

Harvard students have had ten years to plan their revenge, but even with the heightened importance of Saturday’s game, it seems unlikely the Crimson will ever be able to top the sheer genius of WE SUCK.

Enter to win a pair of tickets to attend The Hess Collection Seminar and Dinner as part of Boston Wine Festival 2018 at the Boston Harbor Hotel on Wednesday, March 14th. END_OF_DOCUMENT_TOKEN_TO_BE_REPLACED

The Black and Gold continue their run tonight at TD Garden. END_OF_DOCUMENT_TOKEN_TO_BE_REPLACED

Who will make the Class of 2018? END_OF_DOCUMENT_TOKEN_TO_BE_REPLACED

It’s been awhile since we talked Black and Gold. END_OF_DOCUMENT_TOKEN_TO_BE_REPLACED

You’re going to wish you were in the Northern Alps. END_OF_DOCUMENT_TOKEN_TO_BE_REPLACED