Watch These Netflix Titles Before They Leave in March 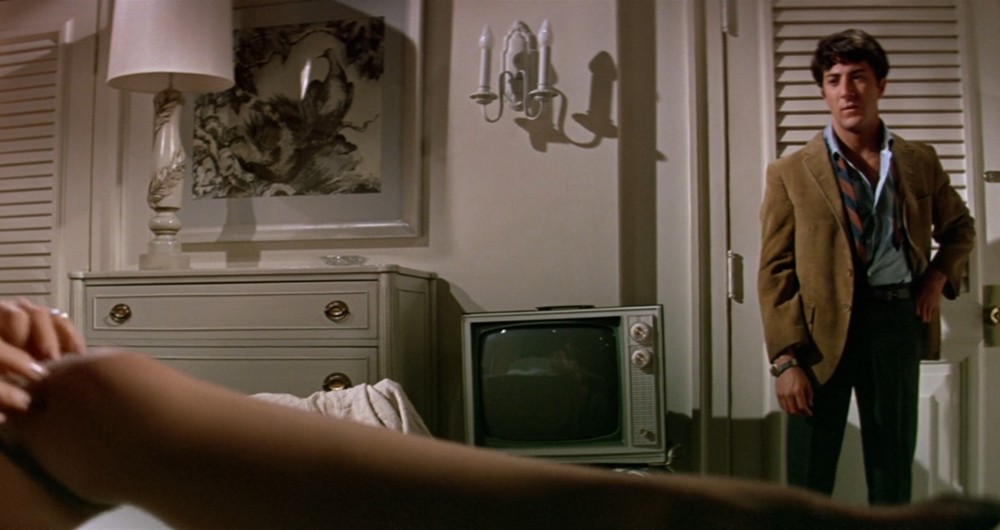 Netflix trains us well to waste hours and hours on television and movies. With titles always coming and going, it’s time to put that training to good use and catch these films before they retire in March. This by no means is an exhaustive list. We probably aren’t that bored where we are able to watch absolutely everything, but if you want a challenge, you can check out the full list here. However, to save you some time, here are some of your must-catch films that you should add to your queue.

High school student Josh Framm is rebounding from his father’s death and is struggling to adjust to his new life in Washington state. Being the shy new kid, Josh is reluctant to try out for the basketball team. But after meeting runaway dog Buddy, his life brightens up considerably after discovering how talented his new dog is at basketball. Any ’90s kid should remember this ridiculous classic.

Honey I Shrunk The Kids (March 1)

Inventor Wayne Szalinski, played by Rick Moranis, is working on a shrink-ray, but is frustrated his machine doesn’t work — until he accidentally shrinks his two children and their two friends. As if being 1/4-inch tall wasn’t bad enough, Wayne then loses them, starting a real adventure for the four youngsters. The special effects are terrible, but it’s all we ever wanted.

Almost every college student dreads the question “What do you want to do with your life?” and recent graduate Benjamin Braddock, played by Dustin Hoffman, is among that population. While trying to sort things out, an older family friend, Mrs. Robinson, seduces Benjamin, quickly becoming an unexpected distraction. What is meant to be a fun, meaningless affair quickly gets complicated when he begins to fall for Mrs. Robinson’s daughter, Elaine. It’s a love triangle like no other.

If you’re in the mood for something a little less mainstream, Fireproof is a good place to start. In the wake of a brave rescue, firefighter Caleb Holt is considered a hero by everyone except his wife. While he may be a decorated public servant, he realizes his shortcomings as a partner. In an attempt to save his marriage, Caleb confides in a Christian self-help book and begins to embark on a path to rescue his marriage from divorce.

The Muppet Movie follows Kermit the Frog who is pursuing a movie career and begins a cross-country trip from Florida to California. During his journey, he meets and befriends Fozzie Bear, Miss. Piggy, Gonzo and Dr. Teeth and the Electric Mayhem. When Kermit turns down a job offered by Doc Hopper, Hopper refuses to take no for an answer and follows Kermit and the gang for a final showdown. Also with this movie, there wouldn’t be this.

Liam Neeson plays John Ottway, who is among the few survivors of a plane crash. Stranded in the middle of a frozen wilderness, he and eight other surviving members must brave the frigid weather, overcome injuries and avoid a hungry pack of wolves.

The Tale of Despereaux (March 16)

Dor is a town that has a fixation on soup, but after the Queen’s sudden death, the King is overwhelmed with sadness and banishes soup everywhere. Big-eared Despereaux is born into a world where darkness is hovering over the kingdom. When his friend Princess Pea, voiced by Emma Watson, is kidnapped, the courageous mouse is determined to bring her back to safety.

Romy White (Mira Sorvino) and Michelle Weinberger (Lisa Kudrow) have been best friends since high school but ten years have passed and they lack a successful professional life. When they get word about their high school reunion, the pair comes up with a extensive lie that shows how much they’ve changed.

Legends of the Fall (March 31)

Legends of the Fall will give you the Brad Pitt dosage you need. Pitt plays Tristan Ludlow who, along with his two brothers Alfred and Samuel, enlist to fight in World War I. Unfortunately, only Alfred and Tristan survive their tours. When the two return home, both soldiers begin to fall for their late brother’s fiancee Susannah, and what once was a close-knit family soon becomes an intense rivalry.

Here’s the full list of what will be leaving Netflix next month:

46) The Tale of Despereaux

Golden Globe and Emmy nominee Benjamin Wallfisch is the composer responsible for the score of the hit movie IT. I talked to Ben about his approach to scoring the new version of this iconic story and his thoughts on film and music overall. Some very insightful commentary; listen in. END_OF_DOCUMENT_TOKEN_TO_BE_REPLACED

Rupert Gregson-Williams is an award-winning film composer. He just so happened to compose the score for this summer’s big blockbuster Wonder Woman. We talked about his beginnings in film scoring, film scores that move and inspire him and, of course, Wonder Woman. END_OF_DOCUMENT_TOKEN_TO_BE_REPLACED

Jeff Rapsis is a New England-based composer and performer. Lately, he’s been creating live musical scores for silent film screenings. I talked to him about his process and a few of his upcoming performances at The Capitol Theatre in Arlington and the Somerville Theatre. You can keep track of where else Jeff is scoring silent films here. END_OF_DOCUMENT_TOKEN_TO_BE_REPLACED

Planning on seeing Rogue One: A Star Wars Story when it opens this weekend? I joined Adam 12 to give you an idea of what to expect. But don’t worry, I didn’t give anything away. END_OF_DOCUMENT_TOKEN_TO_BE_REPLACED

No, not from afar, from the comfort of her couch. From the actual awards themselves. That’s where Meredith Goldstein was for the Oscars. She shared all the juicy, first-hand details with me. END_OF_DOCUMENT_TOKEN_TO_BE_REPLACED

To celebrate the opening of ‘The Force Awakens,’ I had some very special guests in studio to start the Thursday, December 17 edition of The Brink. Listen. END_OF_DOCUMENT_TOKEN_TO_BE_REPLACED

Watching the new Star Wars trailer a million times gave us all sorts of feels. And one of those feels was nostalgia. END_OF_DOCUMENT_TOKEN_TO_BE_REPLACED

END_OF_DOCUMENT_TOKEN_TO_BE_REPLACED

If you’ve finally finished crying over Inside Out — or Lava, the short that ran before it — Pixar is readying another assault on your tear ducts with The Good Dinosaur, if its newly released trailer is any indication. END_OF_DOCUMENT_TOKEN_TO_BE_REPLACED