Watch Dog: 5 Movies Similar to ‘The Disappearance of Eleanor Rigby’ 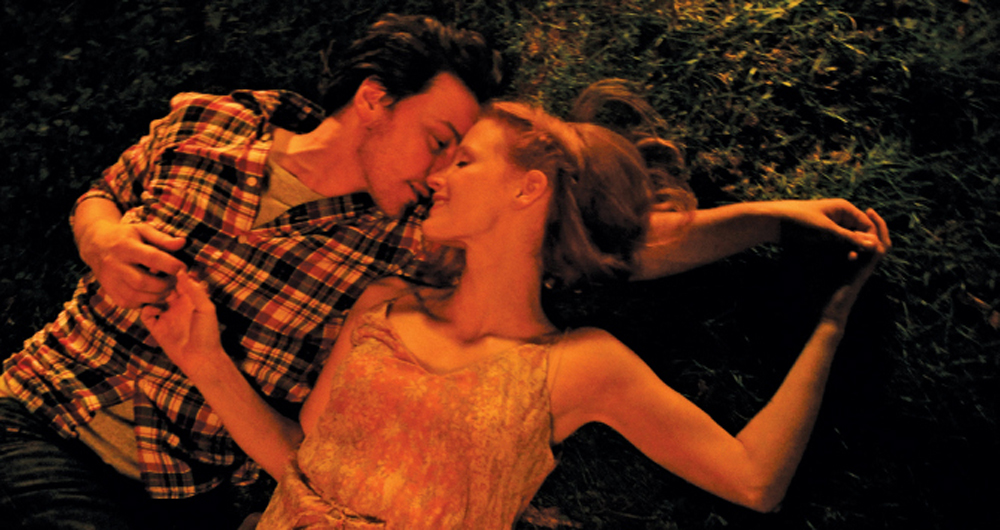 After the typically despairing weeks at the end of the summer, Watch Dog is back in action.  This week sees the limited release of indie romantic drama, “The Disappearance of Eleanor Rigby,” starring Jessica Chastain and James McAvoy, about a relationship and its dissolution.  While it has drawn attention for Jessica Chastain’s (unsurprisingly) expert performance, the film has gained the most traction due to the fact that it was cut into three different films: “Him” (from McAvoy’s p.o.v.); “Her” (from Chastain’s p.o.v.); “Them” (from both of their p.o.v.s).

According to critics, this gimmick (and the film overall) has its ups and downs.  It’s an original take on the relationship/romantic drama, led by strong performances, but it’s bogged down by dull moments and a thin, uneven plot.  Personally, as to whether or not I’d be interested in seeing this, I’m conflicted.  I’d like to see it… but I don’t know if I’d drop the money to see it in theaters.  In the meantime, here are five other outstanding romantic/relationship dramas that’ll make you laugh, cry, and everything in-between.

Let’s get this out of the way: I wouldn’t necessarily call watching “Blue Valentine” an enjoyable experience. Sure, it’s well-crafted, with an interesting structure and astounding, lived-in performances by leads Michelle Williams and Ryan Gosling. It’s also heart-wrenching and hard to watch, detailing the dissolution of a relationship with an unflinching eye. I haven’t seen it all the way through since I saw it in theaters, and I’m not sure if I could again. A film that truly lives up to its title.
Speaking of heart-wrenching dramas featuring Michelle Williams, here comes a little movie that people couldn’t shut up about when it was first released, but not for the reasons that you’d hope. Turns out a gay romance was a little too much for some of the general public, inspiring both scorn and giggles. Luckily, critics and others loved it, and years removed from the initial publicity, “Brokeback Mountain” has only gained emotional power. With strong performances all around (particularly the late Heath Ledger) and evocative portraits of Western Americana, the film is one of the greatest romances of the modern age. A tale of what happens when love is repressed and stuffed away.
If you know me, you know I won’t shut up about “Eternal Sunshine of the Spotless Mind.” It recently grabbed the top spot in my list of the greatest films of 2004 (my opinion matters!), so I’m not sure how much more I have left to say. Hmm… visual invention, brilliantly original screenplay, hopeful/tragic, fantastic performances… I’d rather leave the details to you.
This is one of those films that is barely worth talking about, only because it could distract from the images themselves, which you truly have to see to believe. “In the Mood for Love” is so visually sumptuous that every shot aches with feeling. One of the few films that I’m truly in awe of every time I see it.
Gaining notice as of late for his work on the HBO show “Looking,” Andrew Haigh’s name blew up after the release of this modest 2011 British drama about a relationship that plays out over the course of a weekend between two gay men. While “Weekend” has insights on what it means to be a gay man in this day and age, its ideas are universal, with plenty to say about relationships, intimacy, and sex, regardless of sexuality.