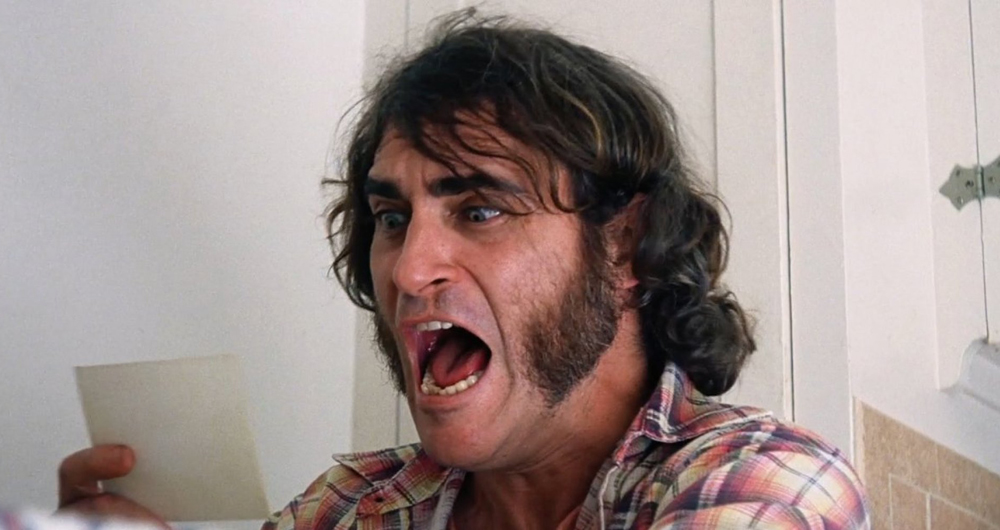 Drum roll, please… This is the one film nerds and cinephiles of all shapes and sizes have been waiting for, and it’s finally (sort of) here! Entering limited release this week (and opening wide on January 9) is Paul Thomas Anderson’s latest, an adaptation of Thomas Pynchon’s “Inherent Vice.” Starring Joaquin Phoenix, Josh Brolin, Katherine Waterston, and on and on (seriously, the cast is stacked), “Inherent Vice” is part surf noir, part stoner detective movie, and part psychedelic comedy-drama… maybe? It’s hard to say what exactly is going on, and that’s quite alright by me.

Let’s face it, Paul Thomas Anderson pretty much wears the crown for title of greatest living American director, so any work of his is an event in and of itself. But “Inherent Vice” is also the first adaptation of a Thomas Pynchon novel, so it’s an even bigger event. The worlds of film and literature colliding! Anyway… the film has (unsurprisingly) received somewhat mixed reviews. Most of the negative reviews complain about the lack of narrative coherence and the film’s meandering nature (which are both kind of the point). The positive ones, however, are calling it a soulful, goofy, and melancholy (insert other interesting adjectives here) riff on the film noir.

Like all of the other PTA fans of the world, I’ve been waiting for this one (plus, I’m a big fan of the novel). If you’re like me and can’t wait to feast your eyes on this one (or you rather not spend the money, but still want some movies to watch), here are five movies similar to “Inherent Vice.”

Comedy classic, cult favorite, Raymond Chandler riff… “The Big Lebowski” is all of those things and so much more. Let’s put it this way, people can be put into two categories: the ones who’ve seen “The Big Lebowski” and the ones who haven’t. If you haven’t, we need to have a serious talk.
Robert Altman doing Raymond Chandler? What a dream. Like most of Altman’s work, “The Long Goodbye” meanders along at a hazy, nearly dreamlike pace (ex: the lengthy opening scene features protagonist Philip Marlowe talking to his cat and going out for cat food). While Altman updates the novel’s setting to the 1970s, Marlowe still feels like a character from the 1950s, a man stuck in a time that’s not quite right for him.
One of my favorite old-school film noirs, “Kiss Me Deadly” was supposedly an inspiration on Paul Thomas Anderson for “Inherent Vice.” Style certainly takes precedence over the actual plot or narrative here, but it’s also one weird movie, with an ending for the ages.
“The Naked Gun” is based on the short-lived TV series “Police Squad!” by the comedy trio of Jim Abrahams, David Zucker, and Jerry Zucker, who are also the ones behind “Airplane!” PTA says he watched their films for inspiration, taking note of the goofy slapstick and visual gags.
Some people are calling “Inherent Vice” a spiritual prequel to “Boogie Nights” (Anderson’s second film) because they both take place at the turn of a decade, during times of change. While I’ve heard from others that “Inherent Vice” is actually closer to Anderson’s previous feature “The Master,” “Boogie Nights” is always worth a revisit.