Watch Dog: 5 Movies Similar to ‘Maps to the Stars’ 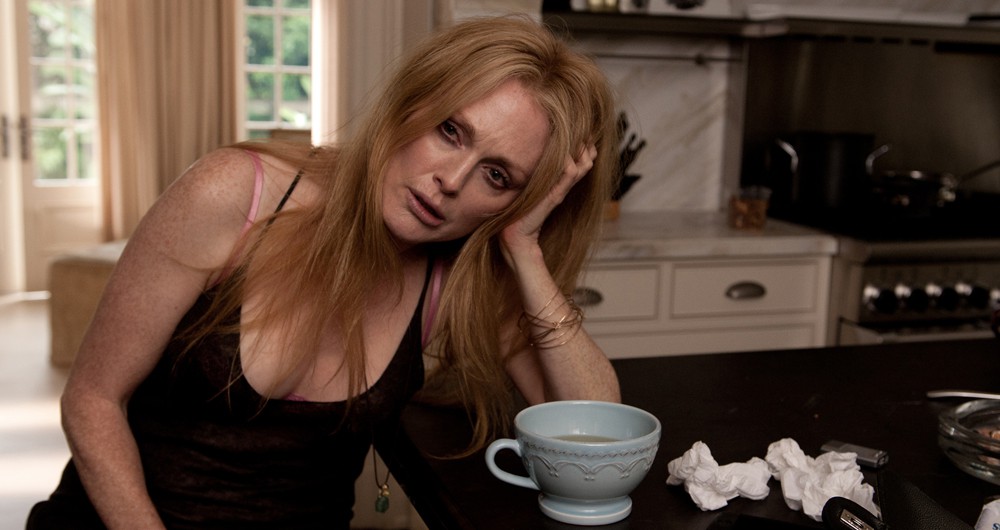 Out from between the cinematic winter wasteland of January and the “summer blockbuster” beginnings of March comes David Cronenberg’s latest, Maps to the Stars.  Starring recent Oscar-winner Julianne Moore, along with Mia Wasikowska, John Cusack, and Robert Pattinson, Maps to the Stars follows a web of characters in Hollywood, from a famed self-help therapist to a fading, unraveling screen actress, all while revealing the ghosts and skeletons in their closets.

Maps to the Stars is being called an acidic, nightmarish satire of sorts, equal parts absurdist comedy and Greek tragedy, all shot through Cronenberg’s typically chilly and distant perspective. While critical opinion seems to be somewhat divided (some call it a tonal mess, others call it deliciously twisted and strange), this one feels like a can’t-miss. If you’re like me and are looking forward to this one, or if you’re not but still want some great flicks to check out, here are five movies similar to Maps to the Stars.

Billy Wilder brings his shadowy film noir sensibilities to the Hollywood satire, crafting a classic, biting tale of a near-haunted land of fading movie stars and unsuccessful come-ups.
I’ve talked this up on more than one occasion, but I’ll say it again… If you haven’t seen Mulholland Drive yet, then drop everything and watch it now. A surreal, nightmarish trip through Hollywood and one of the best examples of what modern cinema can do. THE David Lynch masterpiece (and he has several).
After spending the ’80s somewhat in the dark, Robert Altman came surging back into the conversation with this classic. A talky black comedy, simultaneously poking fun at and paying tribute to Hollywood in all of its amoral grandeur.
Perhaps the most famous of Hollywood satires, All About Eve is a portrait of professional angst, following a famous star who fears being forgotten and left behind as she continues to get older. Filled with killer one-liners, it’s as cynical a portrait of show business as you’re likely to ever get.
It may not receive the same pop culture recognition as Fargo, The Big Lebowski, or No Country for Old Men, but this stands as maybe the Coen Brothers greatest achievement. A cocktail of film noir, absurdist comedy, nightmarish surrealism, and old-school cinema, Barton Fink is a masterpiece of endless depth.