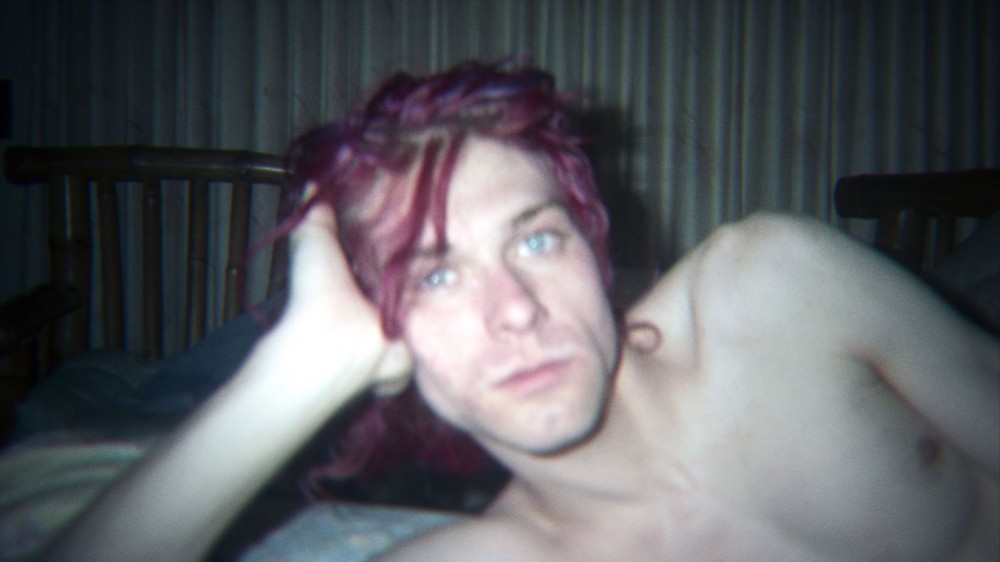 Our latest Watch Dog tackles Kurt Cobain: Montage of Heck, a documentary film about… you guessed it, Kurt Cobain.  Directed by Brett Morgen, the film pieces together the tormented life of the Nirvana frontman, from his birth and childhood all the way to his death in 1994.

While many documentaries use the typical “birth to death” biographical format, Montage of Heck elevates it via rare home movies, recordings, journals, artwork, photography, and even animation.  This is the first documentary work about Kurt Cobain to receive approval from his estate, which is why the film is able to dive so deep into the full archives.

What’s the word from critics?  They’re falling all over it.

With a current Rotten Tomatoes rating of 97%, the film is being hailed as an intimate, searing, and definitive portrait of Cobain and his troubled rise to fame and the subsequent aftermath.  And with all of the rare archival footage, demos, art, poems, and more, it’s guaranteed to be a treat for any and all Nirvana fans.  If you’re anything like me and can’t wait to catch this one (or you rather just stay in with another good flick), here are five music documentaries similar to Kurt Cobain: Montage of Heck.

The film is currently in limited release and will be available through HBO starting on May 4.

An incisive, candid, and not-always-flattering portrait of Bob Dylan, covering his 1965 concert tour in the UK. Maybe the best music doc of all time (which places it as one of the all-time greatest documentaries).
Strung together with intimate footage, previously unheard music, and narration from John Lennon himself, the film seeks to cover the entirety of his musical career, bridging the gap between his time with The Beatles and his later solo work.
Many may not know who cult musician Daniel Johnston even is, but you don’t have to in order to appreciate this documentary. While his brilliant and simple lo-fi music is something to marvel, the documentary works quite well on its own as a picture of mental illness and eccentricity in America.
Winner of the Academy Award for Best Documentary Feature at the 85th Academy Awards, the film follows the search for Sixto Rodriguez, an American musician who had been rumored to be dead, and what became of him. While he never achieved any level of success in America, he developed quite a following in South Africa and other places. It functions equally as well as a kind of mystery and a look into musical followings.
A documentary by the famed Maysles brothers, it reveals very little about the inner or personal lives of The Rolling Stones, instead taking a more fly-on-the-wall approach in capturing the end of their 1969 U.S. tour. Culminating in their infamous Altamont Free Concert, the film is brutal and searing, a perfect example of what reactive filmmaking could be.