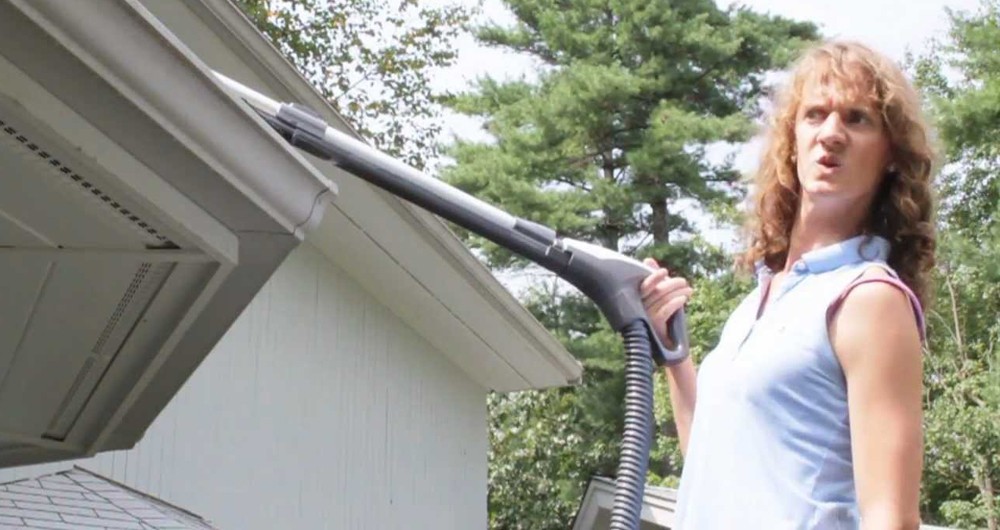 Opening in limited release this Friday, It Follows has been called the greatest American horror film in some time. Writer/director David Robert Mitchell follows up his debut feature, The Myth of the American Sleepover, by applying many of that film’s ideas on youth, dialogue, and character to the horror genre, with terrifying results.

Let me try to summarize this…  It Follows stars rising indie star Maika Monroe (of last year’s excellent The Guest) as Jay, a teenage girl who, after having sex with her new boyfriend, has something passed along to her– a “curse” of sorts. She is filled with nightmarish visions and the inescapable sense that she is being followed by… something, a creature or entity that relentlessly pursues until death.  She must pass it on to someone else or suffer the consequences.

Critics have nothing but praise for the film, calling it horrifying, intelligent, and utterly dreadful, with abstract layers of meaning regarding adolescence and sex.  While Mitchell has an obvious affinity for the work of John Carpenter, It Follows works as much more than a nostalgia piece, as Mitchell displays his own grand sense of style and original approach to the tropes of the genre. If you’re like me and can’t wait to catch this one in theaters, here are five movies similar to It Follows to hold you over.

This horror classic is one of my all-time favorites. John Carpenter’s masterwork of suburban dread, teenage anxiety, and sex/death.
A vampire film that plays equally as well as a coming-of-age story, filled with haunting imagery and an almost romantic sense of isolation and sadness.
Japanese horror (particularly this film) knows how to instill you with that terrible feeling that something is lurking right behind you. You’ll leave with your skin crawling.
Rian Johnson deconstructs the film noir by setting it in high school. It’s a world nearly absent of adult authority, an off-kilter suburbia not quite what we’re used to.
Watching this ’80s horror throwback, you’ll feel like you just popped in an old VHS. The tension builds endlessly, until it all collapses in a climax of relentless horror.