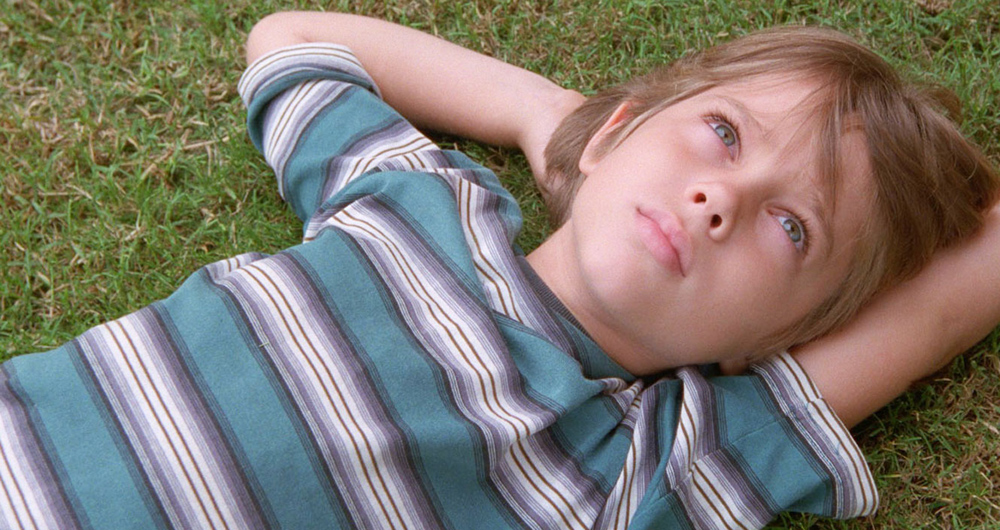 “Boyhood,” the latest film from the underrated and great American director Richard Linklater, opens in limited release this week. Starring newcomer Ellar Coltrane, Patricia Arquette, Ethan Hawke, and Lorelei Linklater, “Boyhood” has gained a lot of attention for its groundbreaking narrative experimentation. The film follows Mason (played by Coltrane) as he ages from six to eighteen, examining his growth and adolescence, his family, and pop culture touchstones along the way. What makes this different from various other coming-of-age films, however, is the fact that it was shot intermittently over a twelve year period, allowing the viewer to actually watch the characters (as well as the actors) age and grow before their very eyes.

While the narrative and its structure are ambitious in and of themselves, word has it that “Boyhood” is much more than the sum of its parts. With a rare 100% approval rating on Rotten Tomatoes, the film is being called one of the greatest films of the year and a modern masterpiece quite unlike anything else ever presented in the history of cinema. Catching this one feels like a no-brainer. If you’re anything like me and want some more great stuff to watch, or if you’re somehow still skeptical, here are five other films that capture the joys and pains of growing up.

One of the defining films of the French New Wave, “The 400 Blows” is a portrait of Antoine Doinel, a young boy growing up in 1950s Paris, made out to be a troublemaker and petty criminal by his parents and teachers. Truffaut would continue to follow this semi-autobiographical character in his later films, such as “Stolen Kisses” and “Bed and Board,” but this is the one that’s the true masterpiece. Stunning visuals and camerawork, with one of the most frankly honest portrayals of adolescence ever put on the big screen.
While Linklater’s “Before” trilogy is more structurally similar to “Boyhood” (in terms of following the same characters over periods of time), “Dazed and Confused” is one of the greatest coming-of-age films of all time. Following an ensemble cast of unforgettable characters on the last day of school in 1970s Texas, it presents the experience of growing up as something boring, messy, and made up of smaller moments, with honesty and, more importantly, a sense of humor. Nights spent driving, walking, or sitting around looking for something to do never looked so good.
Composed of raw wit, humor, and emotion, “The Squid and the Whale” is fearless in its portrayal of divorce and its effects on a family in 1980s Brooklyn, with characters that range from barely likable to detestable. Every word and gesture is weaponized. Dialogue feels like battle. The only character to truly feel for is the youngest son, who seems to act out as a result of his family’s neuroses and conflicts. But don’t let any of this scare you off. It’s funny if you like your humor with some venom.
Lynne Ramsay’s first film, “Ratcatcher” is indicative of her striking, dreamlike visual style, which could later be seen in “Morvern Callar” and “We Need to Talk About Kevin.” But while the imagery is haunting and beautiful, the story itself is heartbreaking and tragic. Growing up in a poor neighborhood in 1970s Glasgow, James waits for his family to relocate to a nicer area by escaping into his head and playing in a dilapidated housing project. Gritty and fairly grim, “Ratcatcher” doesn’t really present any of the typical pains of growing up, which is part of the reason why it’s so fascinating.
Before Alfonso Cuarón was making smart, beautiful mega-blockbusters like “Gravity,” he made a much smaller but no less great film called “Y Tu Mamá También.” Controversial upon its release for its explicit sexuality, yet widely praised, it follows two friends in Mexico on the cusp of adulthood as they take a road trip with an older woman in her late twenties. With outstanding camerawork from master cinematographer Emmanuel Lubezki and a smart script by Cuarón, “Y Tu Mamá También” is endlessly sensual and honest in its depiction of maturation and young male friendship.