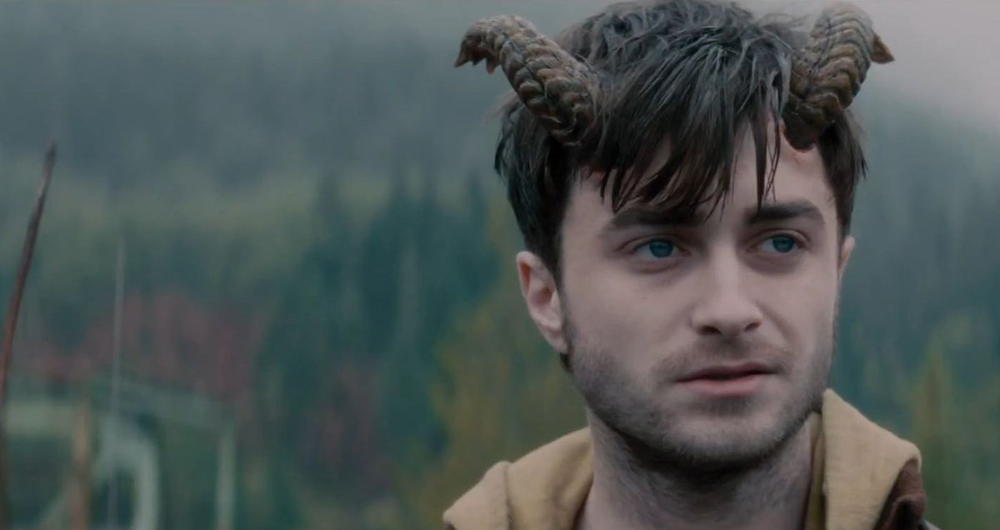 In case you didn’t realize, it’s Halloween!  And, no, it doesn’t just mean sloppy costume parties where regrettable decisions are made.  It’s also a time for horror movies, and why not throw a little comedy into the mix for a gag?  This week sees the release of the supernatural horror comedy “Horns,” directed by Alexandre Aja, starring Daniel Radcliffe, Max Minghella, Heather Graham, Joe Anderson, and Juno Temple. Based on Joe Hill’s novel of the same name, “Horns” tells the story of Ig, a man accused of the rape and murder of his girlfriend, Merrin.  Ig wakes up one morning to find that he has horns protruding from his head and the power to make people reveal their deepest, darkest secrets and desires.  He uses these newly found supernatural abilities to try and uncover the real killer.

Critics are divided on this one, calling it quite the mixed bag.  Some praise Daniel Radcliffe’s performance, but the general idea seems to be that “Horns” is a tonally-jumbled mess that falters under the weight of its own lofty ideas and convoluted plot.  While I’ve heard good things about the novel, I don’t have much of an interest in this one, as big of a “Harry Potter” fan as I used to be (sorry, Harry).  If you’re like me, and would rather wait to catch this one on cable some night at 2 a.m., or if you’re willing to follow the former boy wizard wherever he goes, here are five classics of the horror comedy genre.

Who ever thought bringing slapstick into a gory tale of possession and demons would be genius?
The horror movie with a gross-out gag a minute, and the gags will actually make you gag!
Sam Raimi’s “return to form.” Who knew that death by gumming was even a remote possibility?
The greatest zombie movie of the 21st century is also one of the greatest horror comedies of all time.
Tim Burton should’ve steered clear of Johnny Depp and stuck with the comic genius of Michael Keaton.