Watch Dog: 5 Alternatives to “Wish I Was Here” 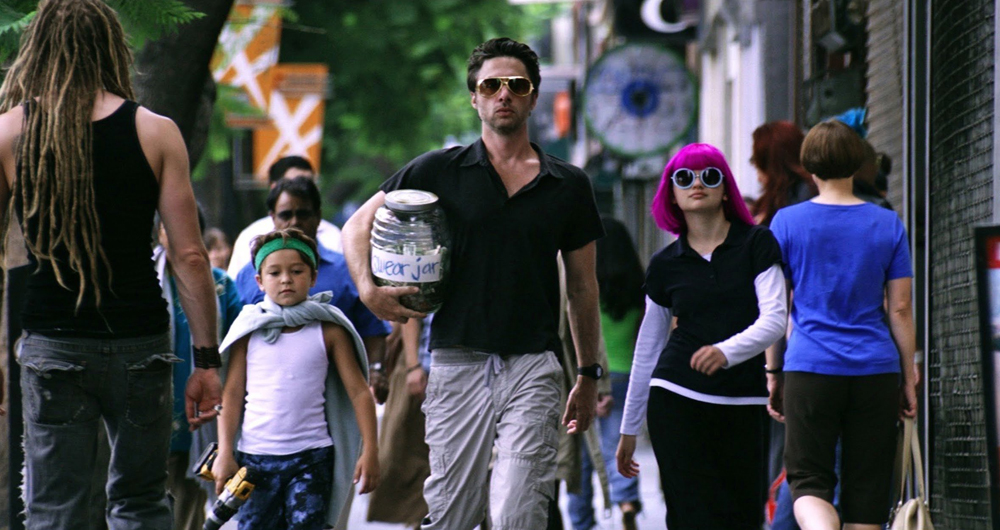 It’s been ten years since the twee, unbearably whimsical indie hit “Garden State” was released, inspiring endless mixtapes and recurring dreams of a quirky girl swooping in to save a sad-sack from his own milieu. And now Zach Braff is back with “Wish I Was Here.” It stars Zach Braff as (once again) a sad-sack going through an existential crisis, forced to deal with family, his dying father, his career, and more.

Critics are calling it… overly familiar, with several referring to it as “Garden State” redux, bearing an uncanny resemblance to his previous directorial effort. The only real differences seem to be in certain plot details and the fact that both Braff and his character have aged. But this time around, you get to see Zach Braff escape into sci-fi fantasy worlds from his childhood! Fun AND eccentric!

Anyway… I was not a fan of “Garden State,” and I doubt that I will be a fan of something strikingly similar. I’m sure there are those of you out there who have some interest (rooted in some form of hope or nostalgia) in “Wish I Was Here.” If you’re like me, however, you’re going to want to check out these five alternatives about fatherhood, parenting, marriage, and family.

The quintessential Wes Anderson film. While his previous film “Rushmore” is fantastic, “The Royal Tenenbaums” is where it all seemed to click, cementing his “diorama” visual aesthetic and emotional layering in the process. It also features a great late-career performance by Gene Hackman as the patriarch of an eccentric family and father to three gifted children who had success in their youth. Detailed and pitch-perfect production design compliments deeply felt characters and an ironic sense of humor.
Richard Linklater’s third film in the “Before” trilogy brings us back to the characters we had come to know and love in “Before Sunrise” and “Before Sunrise.” Only this time, Céline and Jesse are now married with two daughters, lending the film a certain bite and prickliness that was absent in the previous two entries. Like those, the film is mainly composed of long scenes of the characters walking and talking, but it, instead, reveals deep insights about marriage and commitment with intelligence and honesty.
Remember when Tim Burton still made interesting movies far-removed from the likes of “Alice in Wonderland” and “Dark Shadows”? “Big Fish,” is his “family” film, yet it retains some of the oddities and quirks typical of his work. It follows a dying father on his deathbed as he tells his son fantastical tall tales of his life. Both a father-and-son tale and a celebration of storytelling, with flavorful hints of Southern Gothic.
“This Is 40” actually shares a few similarities with “Wish I Was Here.” L.A. setting, upper-middle to upper class characters, economic problems, aging parents, demanding children, etc. But while “Wish I Was Here” is supposedly heartfelt and gooey, “This Is 40” feels messy and lived-in, portraying marriage, parenthood, and all that with a great sense of humor. Sure, the film is way too long, and they could have cut about four subplots, but if you can get past that, you can enjoy the great comedic performances by Leslie Mann and Paul Rudd, who have great chemistry to boot.
A masterpiece of the Italian neorealism movement, “Bicycle Thieves” tells the story of a poor father who must find his stolen bicycle, or else he will lose the job he was just offered. The film is simple and straightforward, and the realism only adds weight to the story. “Bicycle Thieves,” in the end, reveals itself to be about the relationship between a father and his son and all of the hard truths that come with it.