Warm up with these hot drink recipes from Boston bartenders 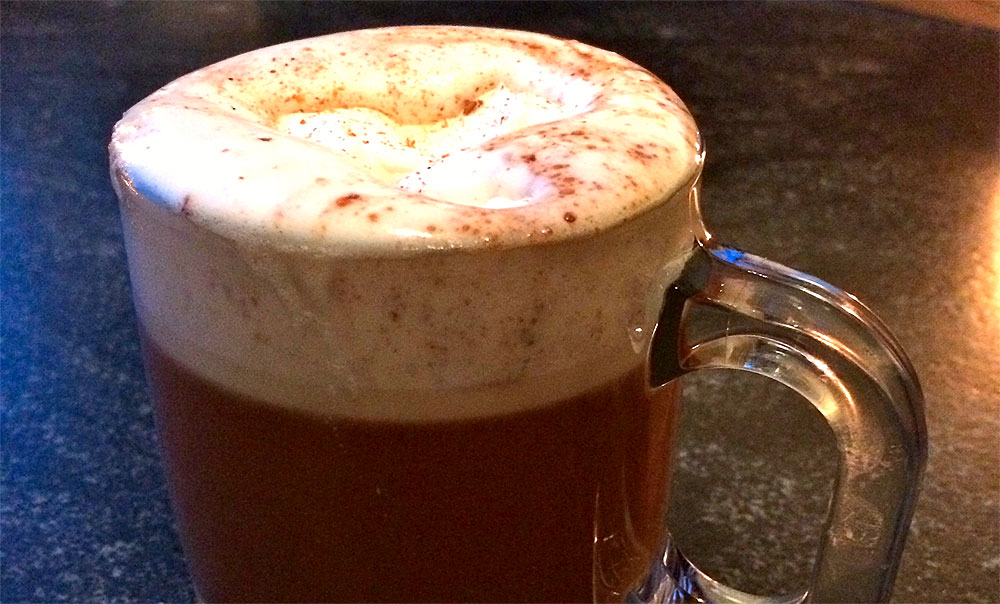 When it comes to cocktails, summertime gets all the attention. There’s never a shortage of “cocktails to cool down with” or whatever other excuse people use to cobble together a list of juleps and swizzles and complicated tiki concoctions. But for the drab, miserable winter months, hot cocktails are harder to come by. Everyone has heard of Irish Coffee and the Hot Toddy, and then there’s, uh, mulled, spiced wines, if we’re around Christmastime, but that’s about it. There is, of course, room to play with as many variations on warming cocktails as far as your imagination will take you, but for one reason or another, they don’t tend to get as much shine as their beach-weather counterparts.

Island Creek Oyster Bar has been rotating in a series of warm up cocktails on the menu over the course of the winter, with a few leaning toward hot chocolate-style or hot mulled ciders, including one with a compound of butter and rum, maple syrup, and spices. OK, now you’ve got our attention…

For its spiced hot chocolate, ICOB begins with whole milk and semi- and bittersweet chocolates, melts them down, then spices it with toasted cardamom steeping overnight. It’s heated to order the next day, and spiked with Anejo tequila and Galliano to highlight the vanilla notes. “Tequila and chocolate go really well together,” ICOB bartender Gina Richard says. The restaurant uses a Mexican chocolate, which compliments the tequila and adds saltiness. “So it has a sweet savory characteristic going on which is always delicious,” Richard says.

You can find the recipe below, although you don’t have to stick to Island Creek’s formula, particularly when working with hot chocolate. You can add almost any kind of booze you want to hot chocolate, she says. “It’s forgiving, sweet, and delicious by itself, but you can do rum or whiskey, as well,” she says. “Any brown spirit is complementary, although I wouldn’t recommend a clear spirit. Maybe scotch, like a smoky thing with the chocolate would be good.” As for clear spirits, she says those will play better with teas. Brew up a cup of tea, and use gins to play around with green tea flavors and utilize honey as a sweetener.

Crush the cinnamon and cardamom. Toast in pan over low heat until fragrant. Remove from pan. Add chocolate chips and milk to pan and melt over medium-high heat, whisking until chocolate is completely melted and incorporated. Add salt and toasted spices. Lower heat and simmer for 30 minutes. Remove from heat, cool, and let rest for 4 hours or overnight. Strain off solids, bottle and refrigerate.

Heat one cup of hot chocolate in a saucepan until barely simmering. Add to a warmed mug along with 1 ounce of Anejo tequila and 1/2 ounce of Galliano liqueur. Top with whipped cream and grated cinnamon.

Aside from the depths of flavors you can unlock with these types of recipes, there’s also a ritualistic aspect to cooking up a hot cocktail, holding it in your hands when you come in from the cold, and standing over the pot while you’re heating things up, enjoying the way the aromas fill the room. Those enticing aromas come into play in particular when working with hot punches, which, since they tend to be made in much larger batches, allow for some wiggle room when it comes to recipe specificity. There’s a lot of trial and error, adding a little of this to balance that, says Sean Woods, head bartender at Ribelle in Brookline, as in the cider-punch cocktail “The Dickens,” developed with general manager and beverage director Theresa Paopao, which he calls “a success that is derived from a failure.”

For a staff party back in September, they made an “obnoxious” rum punch, with six liters of various rums, and all of the cordials and oleo saccharums he had been working on. “I don’t think college kids would have drank this stuff,” he says. Sure enough, most of the guests stayed away from it. “I labeled it and hid it and a few weeks later, there was an excess of parsnip whey from making parsnip ricotta. The whey really did something nice for the punch, and going back to the test batch after a week, I found all of the pigment to be gone and this beautiful opaque beverage remained.” The flavor profile seemed like a no-brainer to which to add cider and steam, he says. “The lactic acid gives it this nice creamy texture, and to keep it from being one note, I made a cream with absinthe, dry curaçao, and a French china-china [a type of fortified aperitif wine or vermouth, also known as kina or quina].”

The result, made with local apple cider, clarified rum punch, Smith & Cross rum, oleo saccharums, whey, and all sorts of other stuff you probably don’t have sitting around, not to mention an absinthe and amaro-spiked whipped cream, is now a staple on Ribelle’s menu. I’m not going to share the full recipe here, because 1) there isn’t enough space on an Internet page and 2) it’s somewhat complex. But one cool tip Woods recommends is collecting the peels of the citrus you’ve juiced out for a punch, and letting them sit for a few days in sugar, where it collects all of the flavor, oil, and color of the skins. He’ll also often add different aromatics to the sugars, like burnt cinnamon sticks to the lime sugar or clove or Szechuan peppercorn to the grapefruit. “It goes on and on. That’s the cool thing about this recipe is that it’s not an exact science and more a natural process,” Woods says. 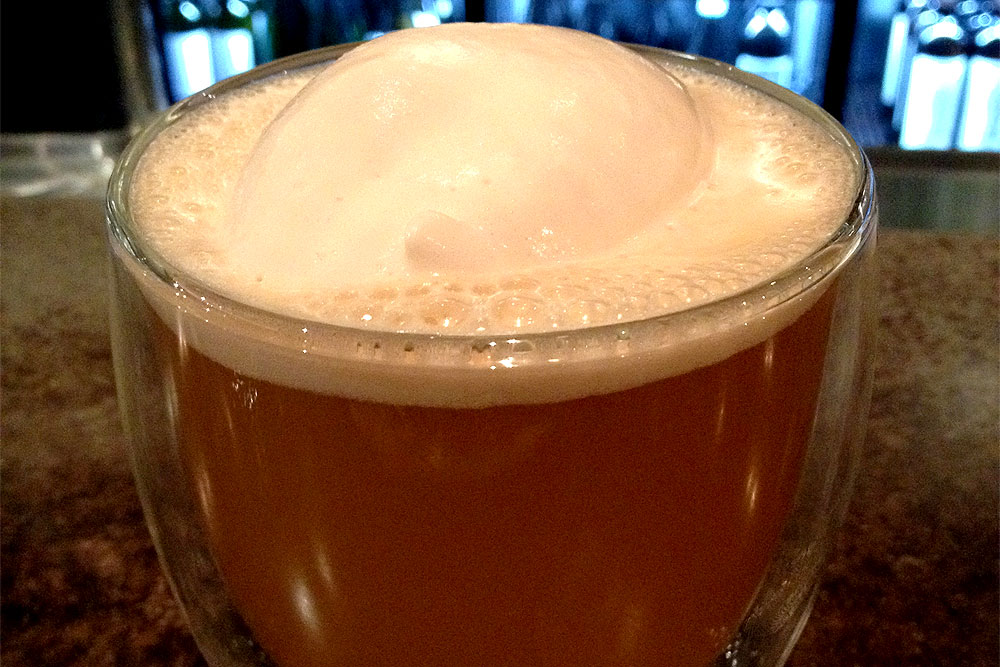 Elsewhere, Justin Ito-Adler at Commonwealth Cambridge is making a couple hot cocktails that are a little more straightforward.

Heat in a pan and pour over spice bag with two cloves, a pinch of nutmeg, and a small piece of cinnamon.

Averna Whipped Cream is simply Averna whipped into whipped cream to taste. For the buttered rum, Commonwealth uses three sticks of unsalted butter, nutmeg to taste, sugar, and a pick of salt. Simply heat ingredients in a small pan, stir and pour, then top with cream.

Here are a couple bonus recipes for hot drinks this winter:

“This drink is like a boozy chocolate and hazelnut cappuccino on steroids,” says bar consultant Ginny Edwards, adding to top it with steamed light cream and garnish with shaved chocolate. 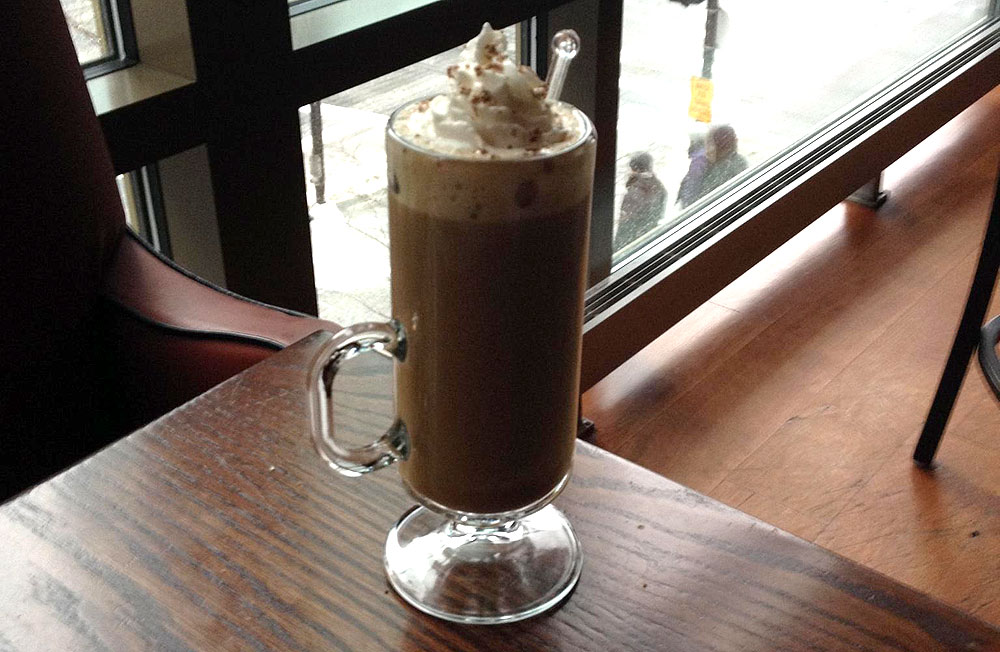