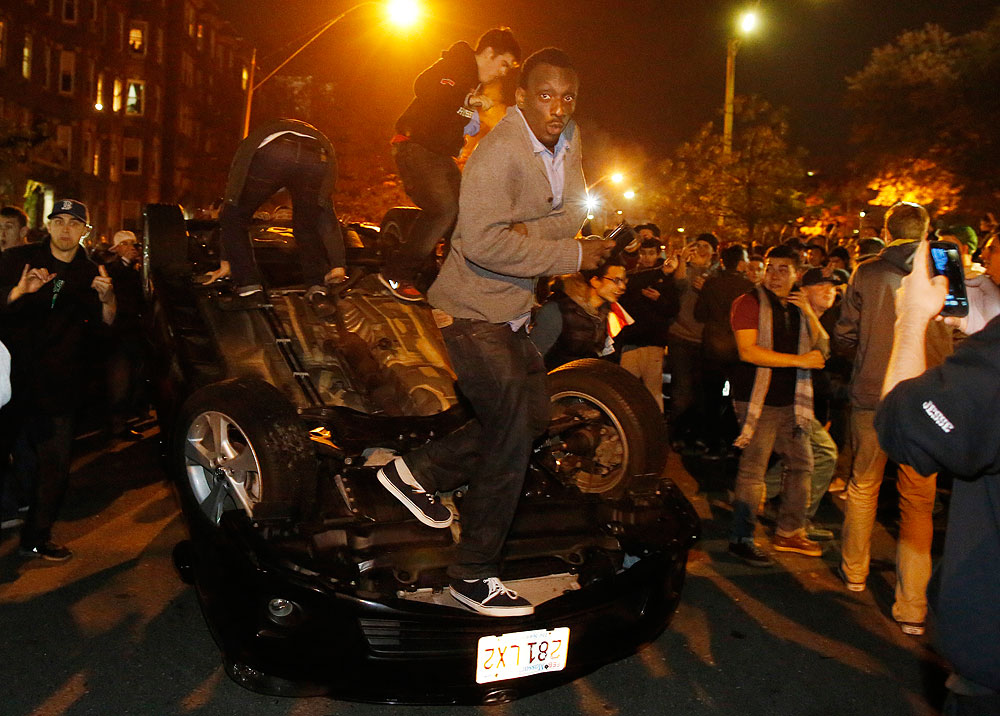 After all that rioting and car flipping, who has the energy to go out this weekend? You do! And while it’s true that all you have to do to make new friends is sport a terrible beard, you’ll have to return to reality at some point, so might as well start practicing with the help of our (Pre-)Bar Exam, a topical guide to pick-up lines and discussion points when you’re out this weekend. Inject the conversation with lively debate about casino odds, Boston’s mom vote, and the relative merits of using Megabus as a drug mule.

We’re down to the wire on this Tuesday’s mayoral race and the two middle-aged, Irish Catholic white guys are battling it out to see who will be the candidate of young hipsters, Jews, people of color, and moms. Who is the candidate for people who enjoy sycophantic lip service? Both of them!

So you missed Game 6 because you were too busy accidentally ingesting dish soap and coughing bubbles (No? Just me?). Here’s what you do at the bar this weekend. Say, “Man, that game was awesome,” claim you were too drunk to remember any particular play, and when in doubt, high-five (look at the other guy’s elbow!). Your pick-up line for the week is walking into a crowded bar, shouting “Red Sox!” and letting off a primal scream.

Boston Police used the hashtag #GoHome while tweeting that nine people in the city were arrested in post-World Series celebrations. If it’s good enough for the BPD, it’s good enough for you. So when your friend insists on singing an encore karaoke rendition of “Eye of the Tiger,” put your arm around her and say it’s time to #GoHome.

President Barack Obama’s escort shut down traffic on the Mass Pike, at rush hour, during the World Series. And that’s how the president’s speech on healthcare reform caused several rage-related burst blood vessels and aneurisms. How’s that for preventative care?

Police in Vermont upended the state’s hippie reputation when they arrested a man carting 30 grams of crack cocaine he smuggled from New York to Burlington on a Megabus. The seizure marked the fifth time in eight months that Burlington Police have caught suspects bringing drugs in from New York, Boston, and Hartford, Conn., on the bus service. That explains why the guy sitting next to you in the window seat has four cellphones and can’t seem to sit still, though the breaks in Wi-Fi service remain a mystery.

The Massachusetts Gaming Commission has granted approval to Suffolk Downs on its bid for one of the city’s three casino licenses, even though Eastie residents don’t vote on whether they want more gambling in their backyard until Tuesday, and polls show that the odds are against ’em. Debate the merits of local casinos with your drinking buddies. Cons: The odor of sadness mingling with urine and cheap liquor. Pros: More jobs, getting to act like a gangster at the blackjack table, and sidewalks littered with free cigar butts.