Vine Celebrity of the Week: Will Sasso 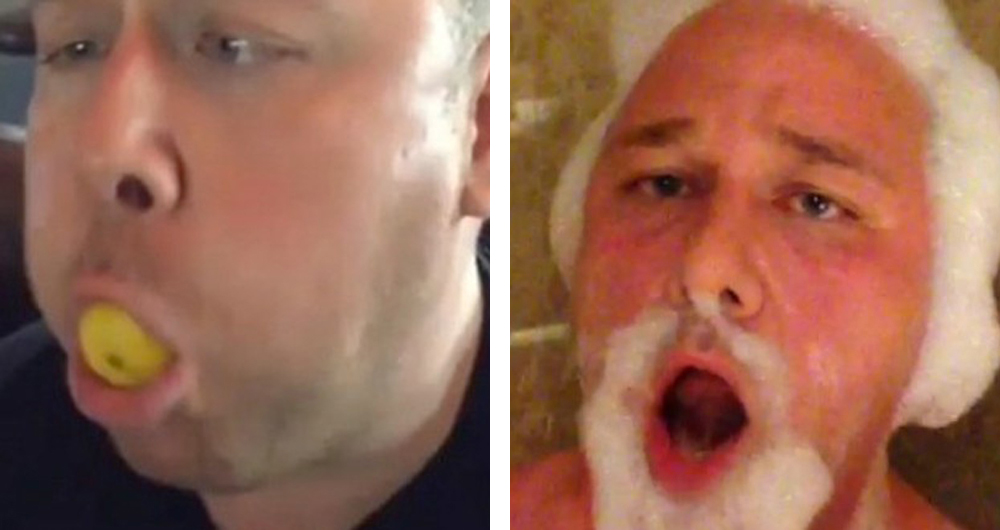 Will Sasso describes himself on Vine as “the actor that played the good guy’s friend in that thing.” This solid, one line description perfectly sums up Sasso’s style; he is clearly capable of intelligent humor, he just isn’t always in the mood for it. When scrolling through the former “MAD TV” star’s vines, one feels the “box of chocolates” kind of effect, since you don’t know what you’re going to get from video to video. Sometimes he introduces his almost two million viewers to his videos while wearing a sweet snap back and throwing up deuces. Other times he dives right into a freestyle jingle, without ever establishing real purpose. The topic, duration, and effort put into each of Sasso’s vines may not be consistent, but one thing is for sure: if he is willing to make a 31-part vine series of him doing an Arnold Schwarzenegger impressions while driving, he is committed.

In Sasso’s latest vine, he takes the time to piece together a series of clips from Vincenzo’s restaurant in Sawckmeighkoch. The length of the video’s title, “Local TV Commercial for an Italian Restaurant in a Small Town That Has a Sexually Obscene Sounding Name” tells you exactly how important he thinks this is.

Another recent vine of Sasso’s shows a different side of his creativity. Rather than producing a three scene video, Sasso keeps his message short and sweet. In “The Digestion Song” he sings an admittedly catchy yet disturbing tune about this biological process.

Sasso displays his talent for social media mockery in “Charlie Sheen Reading Tweets Pt. 1.” Racking up almost ten thousand likes, Sasso merely read the nonsensical tweet aloud. Over two thousand people re-vined it because there is something beautiful about the public’s inability to edit. Note that this is only Part 1, so we all need to keep an eye out for Sasso’s take on other folks reaching out to Charlie Sheen Twitter.

The vine I found the most difficult to comprehend on Sasso’s account was “this Vine, removed by the Citrus Control Board of California on 2/20/13 (case no: 23LZFTW), is under review.” I can’t tell if this was something Sasso threw together on a rainy day or if it required days, maybe even weeks, to put together. Is Sasso a genius or is he disturbed? The answer is not clear at this time. All we can do is wait for the impending part two of this video and hope it doesn’t include heftier fruit.

A decade of Wreck The Halls. END_OF_DOCUMENT_TOKEN_TO_BE_REPLACED

Leah Wellbaum from Slothrust brought her trusty six-string to Studio B and turned in the first RadioBDC Session of 2017. Check out her three songs and her chat with Julie Kramer, recorded live on February 28, 2017. END_OF_DOCUMENT_TOKEN_TO_BE_REPLACED

Mike McColgan and Lenny Lashley of Street Dogs were in session on November 30, 2016 to play three songs and chat about their annual Wreck The Halls shows at Brighton Music Hall December 15-18. END_OF_DOCUMENT_TOKEN_TO_BE_REPLACED

Tegan and Sara stopped by for a chat before their House of Blues show on Halloween night. END_OF_DOCUMENT_TOKEN_TO_BE_REPLACED

The sultry boom of Ruby Rose Fox rounded out a summer of sessions in Studio B presented by FindMassMoney.com. Enjoy the videos and Ruby’s chat with Julie Kramer. END_OF_DOCUMENT_TOKEN_TO_BE_REPLACED

She is Dee Dee from the Dum Dum Girls no longer. She is now Kristin Kontrol, and she played a short set for us in Studio B on June 17, 2016. END_OF_DOCUMENT_TOKEN_TO_BE_REPLACED

We were back at the AT&T Store on Boylston St. on June 7, 2016 for another exclusive live session, this time with a favorite of mine, Day Wave. END_OF_DOCUMENT_TOKEN_TO_BE_REPLACED