Vine Celebrity of the Week: Keelayjams 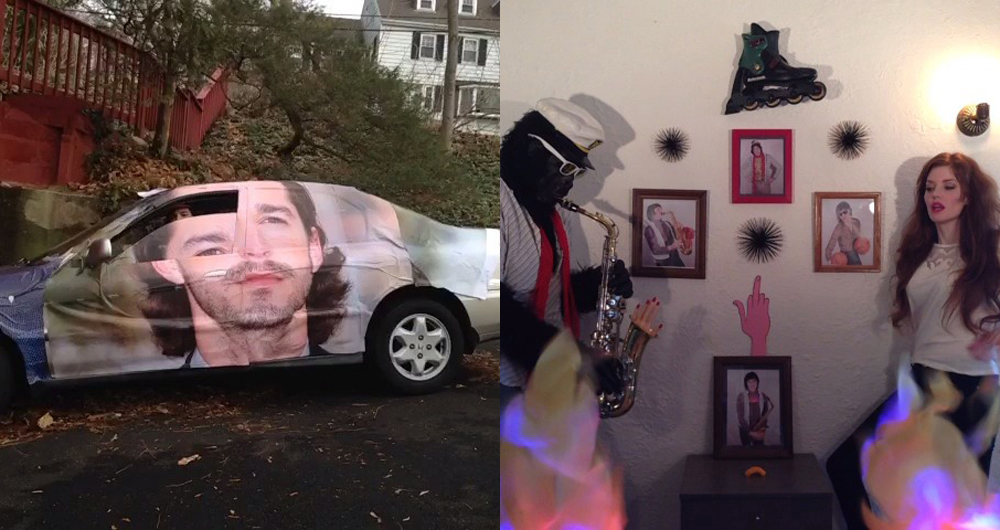 Keelayjams snags this week’s Viner of the Week title because of his impeccable use of props. He keeps almost 90,000 viewers entertained with especially crafty videos, and only once in a blue moon do any of the videos have actual dialogue.

Sometimes he incorporates a hint of background music, but more often than not, the video is totally silent except for the natural noise of whatever prop he is featuring (typically something breaking or someone falling.) Who knows how much money he spent on the custom item backdrop sheets, Shia Labeouf car cover, or miniature basketballs. All I know is Keelayjams makes me proud to live in a world where people can deck out just about any household object and transform it into a hilarious prop.

A good game to play when watching Keelayjams’s vines is: did he buy that or make it? In his vine “Oh no I ruined it for you:(” the sign behind him works way too perfectly. Perhaps some of the comedy stems from us not knowing whether he picked up the sign in the miscellaneous section at Urban Outfitters or whether he spent fifty bucks and a chunk of time coming up with this video and ordering it online.

Keelayjams’s series of reproduction-themed videos also make me think he raided a local theater’s prop room. By reproduction, naturally, I am referring to him making vines of a standard object “giving birth” to smaller versions of itself. It sounds a bit odd, but for some reason when you watch these videos, you automatically start thinking about things you own: “what if I had a miniature replica of all my clothes? Or my chair?” Keelayjams shows us all the possibilities in his vines “B I R T H” and “bbabies having bbabies.”

A decade of Wreck The Halls. END_OF_DOCUMENT_TOKEN_TO_BE_REPLACED

Leah Wellbaum from Slothrust brought her trusty six-string to Studio B and turned in the first RadioBDC Session of 2017. Check out her three songs and her chat with Julie Kramer, recorded live on February 28, 2017. END_OF_DOCUMENT_TOKEN_TO_BE_REPLACED

Mike McColgan and Lenny Lashley of Street Dogs were in session on November 30, 2016 to play three songs and chat about their annual Wreck The Halls shows at Brighton Music Hall December 15-18. END_OF_DOCUMENT_TOKEN_TO_BE_REPLACED

Tegan and Sara stopped by for a chat before their House of Blues show on Halloween night. END_OF_DOCUMENT_TOKEN_TO_BE_REPLACED

The sultry boom of Ruby Rose Fox rounded out a summer of sessions in Studio B presented by FindMassMoney.com. Enjoy the videos and Ruby’s chat with Julie Kramer. END_OF_DOCUMENT_TOKEN_TO_BE_REPLACED

She is Dee Dee from the Dum Dum Girls no longer. She is now Kristin Kontrol, and she played a short set for us in Studio B on June 17, 2016. END_OF_DOCUMENT_TOKEN_TO_BE_REPLACED

We were back at the AT&T Store on Boylston St. on June 7, 2016 for another exclusive live session, this time with a favorite of mine, Day Wave. END_OF_DOCUMENT_TOKEN_TO_BE_REPLACED