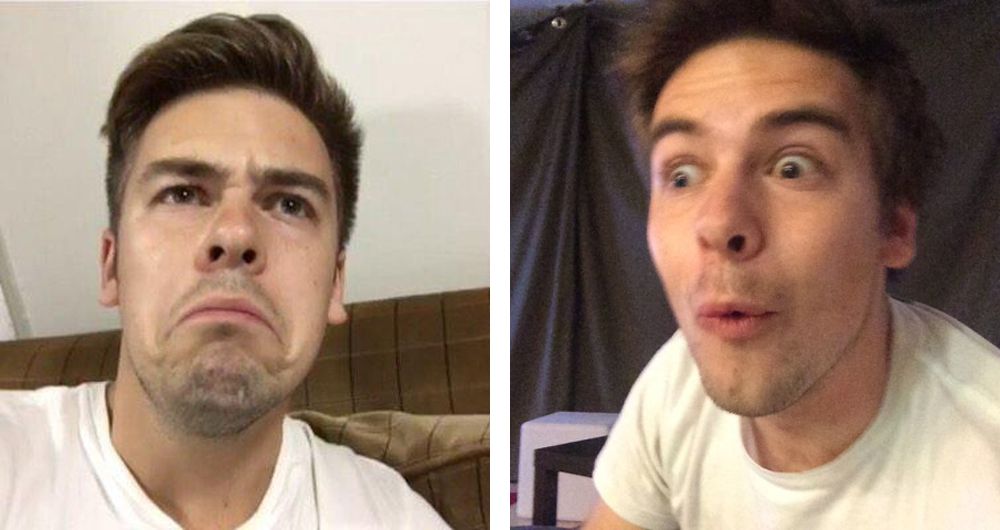 Some might say that the latest Viner of the Week, Cody Ko, is a bit too judgmental in his videos, but I think he should be honored for his bluntness. Most reaction-based vines include a lot of dramatic screaming, followed up by intense face-wincing or some form of painful expression. Ko opts for more of a straight-to-the-point vibe in both his script and delivery.

It must be refreshing for his 720k followers to scroll through their vine feeds and enjoy six seconds of no fuss hilarity. Ko doesn’t drown his audience in overdone physical comedy or ridiculous audio effects. Rather, he makes ridiculous confessions, offers a quick commentary on other vines, or performs a skit with an obvious punchline. Sure, sometimes he is a little crude, but hey, at least he’s being honest.

In his vine “groundbreaking stuff,” Ko embodies the lost art of sarcasm. The majority of this post includes the clip of another young man’s vine in which he explains how he acts in the presence of a spider in front of a girl (acting brave) versus when he is alone (not so brave). Ko only pops in for a second or two at the end to exhale.

A few days ago, Ko posted a vine especially relevant this time of year called “family dinners,” in which he refuses to curb his anger towards his mother for forcing him to say grace before their meal. His reaction is, of course, over the line, out of bounds, inappropriate and downright disrespectful of elders.

You have to give Ko credit though; he has posted at least one vine every couple of days for weeks now. And if you sift through enough of his videos, you’ll realize that he is actually laughing at himself more than other people.

A decade of Wreck The Halls. END_OF_DOCUMENT_TOKEN_TO_BE_REPLACED

Leah Wellbaum from Slothrust brought her trusty six-string to Studio B and turned in the first RadioBDC Session of 2017. Check out her three songs and her chat with Julie Kramer, recorded live on February 28, 2017. END_OF_DOCUMENT_TOKEN_TO_BE_REPLACED

Mike McColgan and Lenny Lashley of Street Dogs were in session on November 30, 2016 to play three songs and chat about their annual Wreck The Halls shows at Brighton Music Hall December 15-18. END_OF_DOCUMENT_TOKEN_TO_BE_REPLACED

Tegan and Sara stopped by for a chat before their House of Blues show on Halloween night. END_OF_DOCUMENT_TOKEN_TO_BE_REPLACED

The sultry boom of Ruby Rose Fox rounded out a summer of sessions in Studio B presented by FindMassMoney.com. Enjoy the videos and Ruby’s chat with Julie Kramer. END_OF_DOCUMENT_TOKEN_TO_BE_REPLACED

She is Dee Dee from the Dum Dum Girls no longer. She is now Kristin Kontrol, and she played a short set for us in Studio B on June 17, 2016. END_OF_DOCUMENT_TOKEN_TO_BE_REPLACED

We were back at the AT&T Store on Boylston St. on June 7, 2016 for another exclusive live session, this time with a favorite of mine, Day Wave. END_OF_DOCUMENT_TOKEN_TO_BE_REPLACED