Vine Celebrity of the Week: Boston’s Own Jason Hill 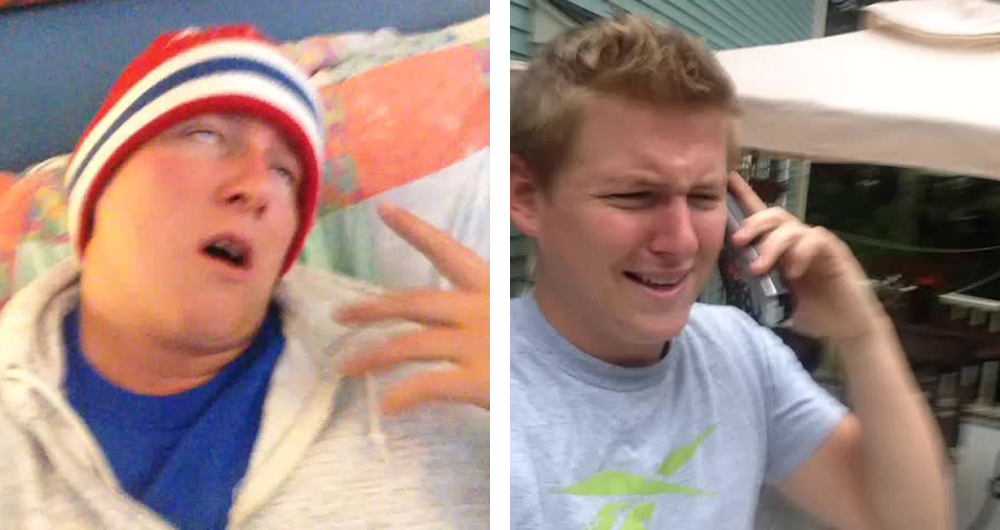 Boston resident Jason Hill might better be described as “Viner of the Day,” but only if you can catch him on the right day. Hill has a knack for uploading multiple videos, most of which feature colorful impressions of his friends and family, though he has also tried to captivate the essence of a few celebrities. Hill only posts on Vine every couple of weeks, but he maintains his audience of 112 thousand followers by going a little vine-crazy when he uploads. Within these vine-posting marathons, Hill always incorporates a theme: something he can rant about and the audience can connect to. With a collection of what we’ll call “light-heartedly aggressive” vines, Hill offers commentary on folks in modern society. Sure most of his vines end in him yelling at someone, but it’s all in good fun.

On September 18, Hill went on a typical posting bender and uploaded ten vines. It isn’t clear how long it took him to put the videos together but there is a noticeable wardrobe change about halfway through the spree. Hill starts out by mocking stereotypical female complaints in a few vines simply titled “girls.”

Once he is changed into a more casual getup, Hill sets up camp on his couch to make a short series entitled, “Charming husband.” In this collection of five videos, Hill creates a dialogue between a chipper wife and her less than accommodating husband. It is unclear whether Hill is basing the script off of a TV-based couple or if Vine is serving as an outlet for personal family trauma.

On October 2 Hill did another series of vines based on him venting to people over the telephone. In “Teachers always had to correct me…”its not ‘can’ i use the bathroom, its ‘may’ i use the bathroom”…eat glass.” Hill explains his frustration with authority figures who pick on the way he phrases questions. Again, it is unclear if he is getting over a scarring childhood experience or whether he is able to summon the anger and inspiration for random things.

Later that day, Hill kept up with his talking on the phone theme, but for the first time in months he had a friend co-star in the video with him. It’s kind of comforting to know that Hill isn’t always just talking to himself; granted, this particular friend can’t really answer him, but it’s the thought that counts.

A decade of Wreck The Halls. END_OF_DOCUMENT_TOKEN_TO_BE_REPLACED

Leah Wellbaum from Slothrust brought her trusty six-string to Studio B and turned in the first RadioBDC Session of 2017. Check out her three songs and her chat with Julie Kramer, recorded live on February 28, 2017. END_OF_DOCUMENT_TOKEN_TO_BE_REPLACED

Mike McColgan and Lenny Lashley of Street Dogs were in session on November 30, 2016 to play three songs and chat about their annual Wreck The Halls shows at Brighton Music Hall December 15-18. END_OF_DOCUMENT_TOKEN_TO_BE_REPLACED

Tegan and Sara stopped by for a chat before their House of Blues show on Halloween night. END_OF_DOCUMENT_TOKEN_TO_BE_REPLACED

The sultry boom of Ruby Rose Fox rounded out a summer of sessions in Studio B presented by FindMassMoney.com. Enjoy the videos and Ruby’s chat with Julie Kramer. END_OF_DOCUMENT_TOKEN_TO_BE_REPLACED

She is Dee Dee from the Dum Dum Girls no longer. She is now Kristin Kontrol, and she played a short set for us in Studio B on June 17, 2016. END_OF_DOCUMENT_TOKEN_TO_BE_REPLACED

We were back at the AT&T Store on Boylston St. on June 7, 2016 for another exclusive live session, this time with a favorite of mine, Day Wave. END_OF_DOCUMENT_TOKEN_TO_BE_REPLACED