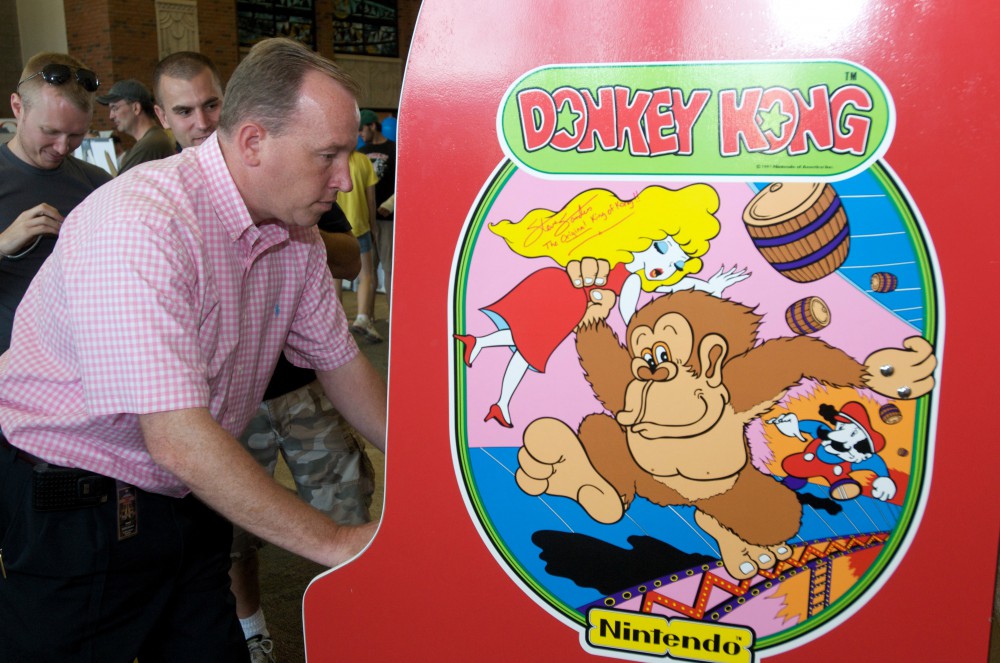 On Tuesday, the National Musuem of Play, the museum that holds the National Toy Hall of Fame announced the creation of the World Video Game Hall of Fame to recognize the impact of games from Pong to Grand Theft Auto III on our national culture.

Pong and GTA 3 are great in their own ways: one helped usher in a new era of entertainment and technology the likes of which the world had never seen, and the other lets you drive a flaming car against traffic while pursued by police helicopters.

Gamers can vote their favorite titles in at the Hall’s site, and voting doesn’t shut down until March 31st of this year, with the inaugural class announcement taking place sometime in June.

We know there are just way too many great games to choose from, as so many titles across dozens of platforms deserve a spot in the Hall. But this is the inaugural class we’re talking about, so only the cream of the crop deserve a spot here.

Without further ado, here are our picks for the first-ever World Video Game Hall of Fame class.

You don’t have to spend too many words making cases for these. Pong has been parodied and referenced countless times in pop culture, Space Invaders was a runaway success, and folks still clamor for its all-time record. Pac-Man is endless fun, and is still sure to eat up your time in arcades and smoky dorm rooms, and Donkey Kong, beyond introducing us to Mario, one of the most beloved characters in all of video game history, was fun and challenging to boot. These four should be a lock for the first class. 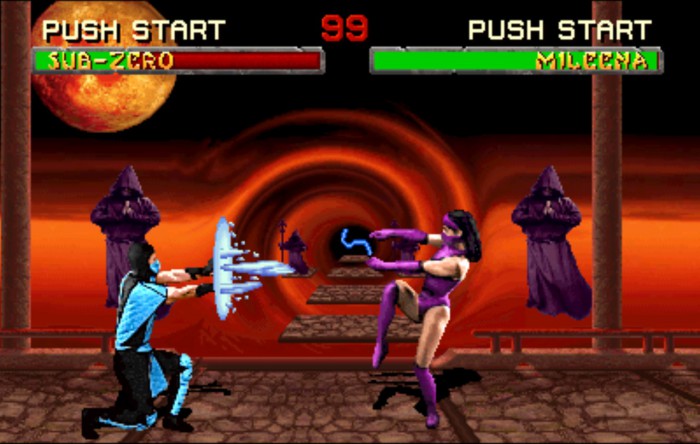 This portion of the list is significant for a few reasons. First, the two fighting games: Street Fighter and Mortal Kombat were not only popular because of each other, they were the first great fighting games that Nintendo and SEGA had to boast. Mortal Kombat II‘s release eclipsed that of summer blockbuster movies in the year it came out.

The next important thing about this list is the rise of the bona fide game franchise. Super Mario, and Final Fantasy have endeared themselves to fans over three or four generations (depending on how you break generations down,) which is to say nothing of the considerable profits they’ve brought their parent companies, Square Enix and Nintendo. And, beyond all of that, they just so happen to be two of the most innovative, imaginative video game institutions the world has ever seen. 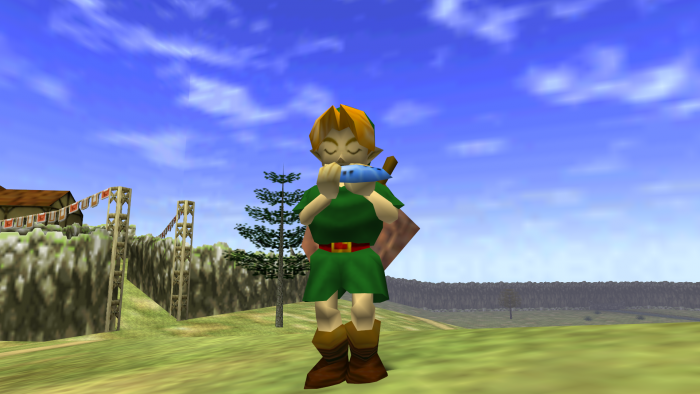 Who could possibly forget Metal Gear making your controller shake (on a PS1, no less), Aries dying in FFVII, getting your hands on the golden gun in Goldeneye, or writing down song notes for Ocarina? This era was so jam-packed with great games: Banjo Kazooie, Tekken 3, Mischief Makers, Perfect Dark, Syphon Filter, and NFL Blitz come to mind for many.

But these games were the cream of the crop: the levels and missions were challenging, the stories and characters were compelling, the graphics blew us away, and you couldn’t help but want to start over once you beat them. Add to that what the increased system  memory did for soundtracks and cut-scenes, and these games became their own worlds. 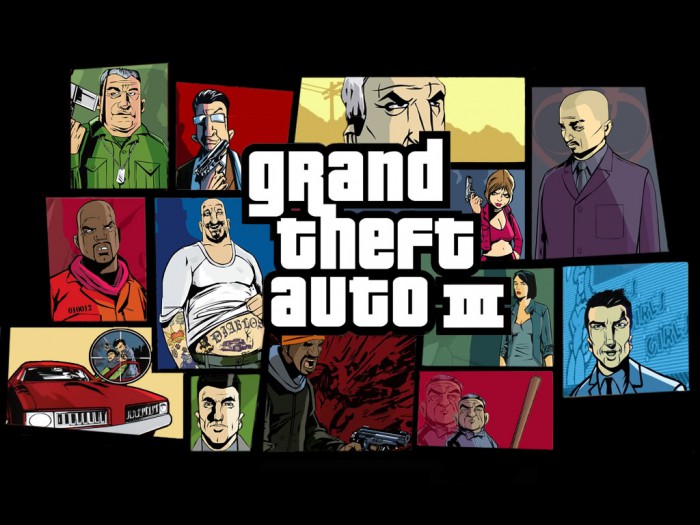 This portion of the list may have been the most difficult, as so many games came out, and so many remain fresh in our memory. The Grand Theft Auto franchise is immersive (and subversive) fun, and picking one was tough. Two great Final Fantasy titles were released in this era, but the franchise already snagged one nod. And a ton of great racing, fighting, and wrestling games popped up around this time.

Still, this list is for the inaugural ballot, and it should go to the most innovative, interesting titles from this spot in video game history. GTA 3 made the following GTA iterations possible, stirred up a ton of controversy, and, despite its somewhat clunky gameplay, is still playable today. Shenmue has one of the best stories ever, and it was just as ahead of its time as its console (if the kid to whom I sold my Dreamcast is reading this: I want it back) and Melee has managed to foster and ruin friendships, settle disputes over last slices and beer cans, and aid in finals week procrastination like no video game in the history of the world.

HUBweek came to Boston, and we were there to take it all in. END_OF_DOCUMENT_TOKEN_TO_BE_REPLACED

END_OF_DOCUMENT_TOKEN_TO_BE_REPLACED

I’m in my mid-twenties, and I’ve been working as a substitute teacher for the last couple years (I joined Teach for America right out of college). I know some of the girls in classes I teach have crushes on me — high schoolers aren’t very subtle — but I brush it off, because I’m not an idiot. Last week, however, I got a disturbing email from a girl in the English class I subbed for. Pictures were attached. You get the gist. What do I do about this situation? I obviously haven’t responded, but I’m afraid she might go Lifetime-movie on me. END_OF_DOCUMENT_TOKEN_TO_BE_REPLACED

Ridiculous doesn’t even begin to capture all that transpired, from the storm of emojis to the storming and barricading of Jordan’s house by a cavalcade of Clippers. END_OF_DOCUMENT_TOKEN_TO_BE_REPLACED

My friend has a dog, and she’s always been kind of half-assed about caring for it. I’ll see her out at a party or a barbeque all day long, so I know the dog is home alone, and sometimes she goes out right after she finishes a shift (she’s a waitress, so that might be pretty late), without even going home to feed the dog or let it out. The other day, though, I went over to her house and realized things have crossed a line. There were piles of dog feces in a couple of corners, and the entryway rug was soaked in urine when we walked in. She laughed it off and called the dog naughty, then cleaned up the poop and basically ignored it. I’m worried about the puppy, and about my friend; what kind of person does that to an animal? Should I call animal control on her? END_OF_DOCUMENT_TOKEN_TO_BE_REPLACED

END_OF_DOCUMENT_TOKEN_TO_BE_REPLACED

My friend drives drunk. A lot. And not just “one drink too many” drunk, more like “in obviously rough shape” drunk. It not only makes me scared for her, it makes me angry: She could hurt herself or someone else, and there’s really no excuse in the era of Uber. I’ve tried talking to her about it, but she brushes it off or claims she won’t do it again, but then does, anyway. I’ve been tempted to call the cops on her just to get her to stop doing this. How do I convince her it’s not worth it before something terrible happens?  END_OF_DOCUMENT_TOKEN_TO_BE_REPLACED