Over 750 people showed up to pay their respects to a homeless veteran after word of his funeral spread on Facebook. 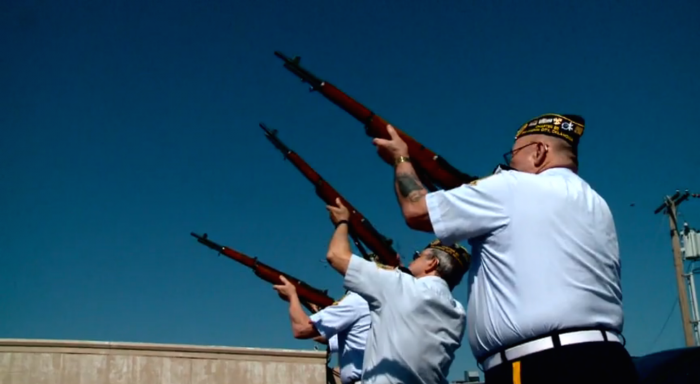 According to KFOR in Oklahoma, Jerry Billings was a U.S. Navy aviation specialist airman who served in Vietnam from 1964 to 1968. He passed away on Christmas Eve at the age of 69 with no family to make funeral arrangements.

Part of the reason so many people attended the funeral was a Facebook post by OKC Veterans Connect, which was shared thousands of times.

VA is asking for help!

KFOR spoke to one Oklahoma woman who had been to similar funerals in the past, but none like this one.

Christine Hoffman, who works for the city, took it upon herself to find out more about the veteran.

“I’ve done other funerals, and I’m like the only one that was there,” Hoffman said. “This was just amazing. Absolutely amazing. My heart is swollen.” 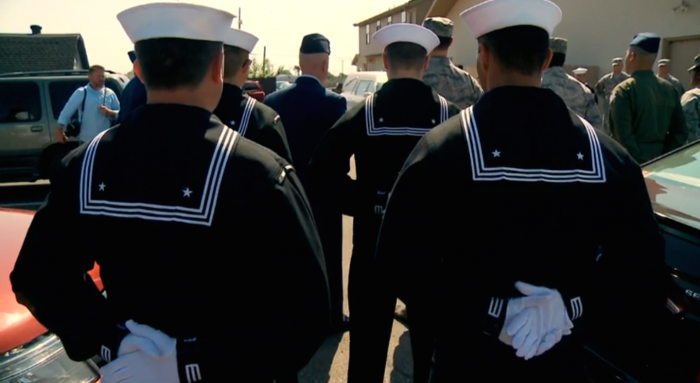 Though everyone from military members to first responders showed up to honor Billings, the issue of homelessness among veterans is often overlooked. According to a national estimate from the U.S. Department of Housing and Urban Development (HUD), there were 49,933 veterans in America in January 2014. Other organizations have released figures that are much higher, and an exact count can be difficult due to the transient nature of homelessness. 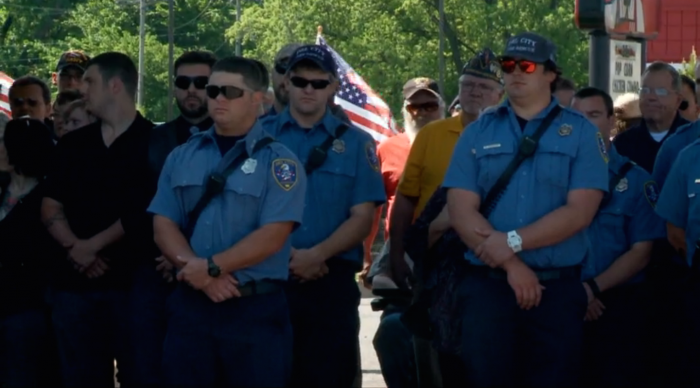 However, there may be reason for optimism. In June 2014, First Lady Michelle Obama launched the Mayors’ Challenge, part of a push by the Joining Forces initiative encouraging mayors and county officials nationwide to pledge to end homelessness among veterans by the end of 2015. And according to the 2014 HUD study, homelessness among veterans is down 33 percent from 2010.

Jared Newman, a serviceman who attended Billings’s funeral, told KFOR why he chose to pay his respects.

“Whatever happened in the preceding years when they ended up homeless and somebody had forgotten their name, we want to give them the opportunity to give their name back,” Newman said. “We’ll honor him in death for a decision he made when he was in his 20s.”

We ate vegan blueberry cake and it was amazing. END_OF_DOCUMENT_TOKEN_TO_BE_REPLACED

Dan Croll is a great musician and an even better person. END_OF_DOCUMENT_TOKEN_TO_BE_REPLACED

We kicked off the weekend with a visit from Sasha Purpura, Executive Director of Food For Free. Sasha was back to promote next month’s Craft for a Cause event, a craft beer festival celebrating the Central Square Cultural District. END_OF_DOCUMENT_TOKEN_TO_BE_REPLACED

Summer is the hungriest time of the year. Millions of kids rely on school meals, but in summer, the meals disappear. HGTV’s Taniya Nayak was in studio this morning to talk about Taste of the Nation this coming Tuesday, June 6, which benefits Share Our Strength’s #NoKidHungry initiative. Click here to get your tickets. END_OF_DOCUMENT_TOKEN_TO_BE_REPLACED

Community Servings provides nutritious meals to individuals and families living with a variety of illnesses. Stephanie Carrigg was in studio this morning to talk about this year’s Meals4Moms program, where your contribution not only helps feed moms in need, but nets you some great goodies for a mom in your life. END_OF_DOCUMENT_TOKEN_TO_BE_REPLACED

Continuing our month-long series spotlighting videos we hope will inspire you think. END_OF_DOCUMENT_TOKEN_TO_BE_REPLACED

The first in a month-long series focusing on new songs that go a little deeper. END_OF_DOCUMENT_TOKEN_TO_BE_REPLACED

Chef David Vargas, Owner of Vida Cantina in Portsmouth, NH is hosting a one-time-only event that he created to raise money for foundations supporting immigrant workers and their families. He joined me in studio with Chef Daniel Bojorquez of La Brasa in Somerville to talk about Si Se Puede – Yes We Can Dinner on Sunday, April 2. END_OF_DOCUMENT_TOKEN_TO_BE_REPLACED

Matt Allen is the Field Director for ACLU of Massachusetts. He was in to talk about the ACLU: who they are, what they do, and how to get involved! END_OF_DOCUMENT_TOKEN_TO_BE_REPLACED