Twitter and Facebook shut down the accounts of a man who claimed responsibility for the shooting of two TV news journalists on live television. 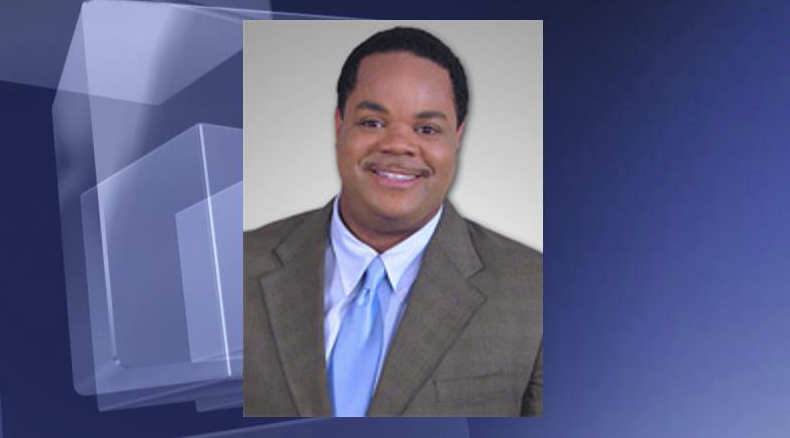 Shortly after Flanagan was named as a suspect in the shooting, he began tweeting from an account that hadn’t been used since August 20th.

In one tweet, Flanagan accused Bard of “going to hr on me after working with me one time!!!” He also said Parker had “made racist comments.”

In a live broadcast after the shootings Wednesday, the station’s general manager, Jeff Marks, said the allegations against the victims in Flanagan’s tweets were unfounded. The station said Flanagan had left the station about two years ago.

“He quickly … gathered a reputation as someone who was difficult to work with,” Marks said. “He was sort of looking out for people to say things that he could take offense to. Eventually, after many incidents of his anger coming to the fore, we dismissed him. And he did not take that well,” Marks said, adding that the station called police to escort him from the building. 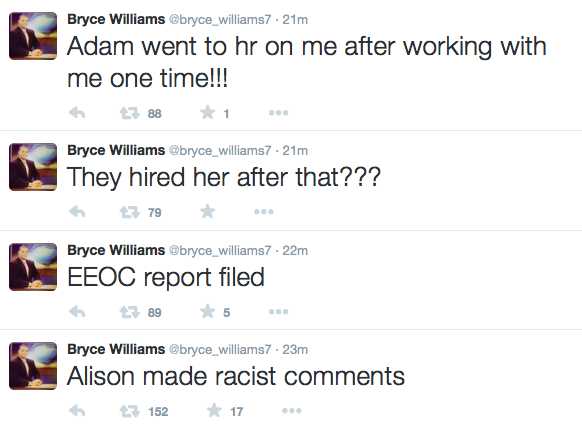 Marks said Flanagan had filed an EEOC complaint about members of the staff, and that Marks wasn’t sure if the complaint mentioned one or both of the victims.

“None of them could be corroborated by anyone. We think they were fabricated,” Marks said.

He said the EEOC “dismissed the claim out of hand.”

He said that Parker and Ward were “the kindest and nicest people who worked here. … I can’t figure out any connection.”

Flanagan also sued NBC’s Tallahassee’s NBC affiliate in 2000, alleging that news producers and other managers had made racist remarks about African-Americans and fired him for complaining about it, the Tallahassee Democrat reported.Management of the Florida station, WTWC-TV, said at the time that the station was having a “reduction in staff” and was proud of its diversity record.

After the initial tweets Wednesday, videos were then posted to Flanagan’s Twitter account, and one was posted on Facebook. In the videos, we see WDBJ reporter Alison Parker interviewing Vicki Gardner, of the Smith Mountain Lake Chamber of Commerce, as Adam Ward, a WDBJ photographer, films them. The gunman approaches, and it doesn’t appear that Parker, Gardner, and Ward are paying attention to him.

The gunman then shoots Ward. Parker turns to run and is shot as well.

A Facebook spokesperson said the company removed a profile and a Page for violating their Community Standards. Those standards state in the “Criminal Activity” section: “We also prohibit you from celebrating any crimes you’ve committed.”

When asked for comment, Twitter pointed us towards their media policies. In addition, their abusive behavior policy says, “users may not make threats of violence or promote violence.”

UPDATE: NBC Washington reports that Flanagan shot himself, but his condition is unclear. He was seen being removed from the scene on a stretcher.

We’ve updated this post to include comments from general manager of WDBJ Jeff Marks, and a report from WTWC-TV in Florida, where Flanagan formerly worked. We’ve also updated the post to include a comment from Facebook on their decision to shut down Flanagan’s profile and Page, and have cited Twitter’s abusive behavior policy.