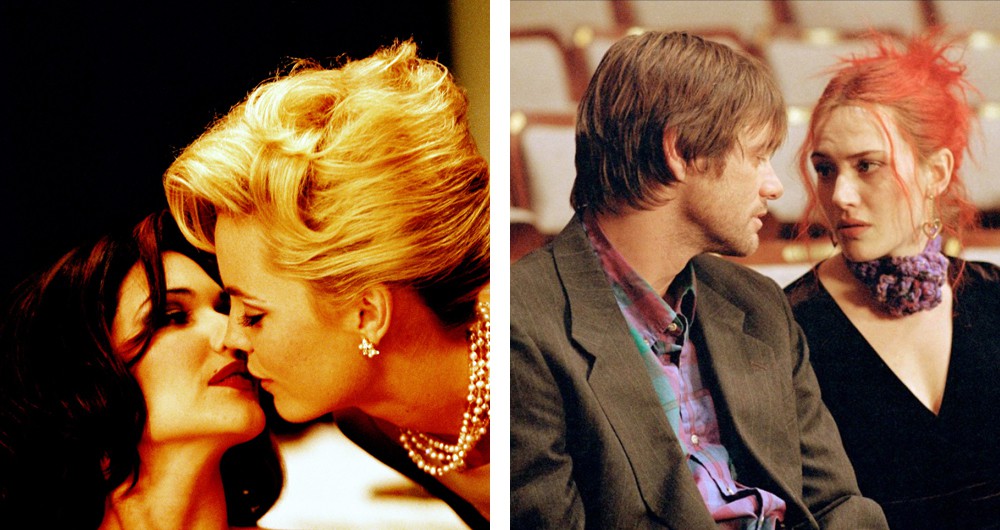 Valentine’s Day is almost here, lovebirds, and anyone will you tell that relationships aren’t always easy, especially if this is your first time dealing with something “serious.”

If you’re like any number of people, you may be feeling nervous, nauseous, and other fun, giddy things.  But don’t let confusing fear overwhelm you! Luckily, if you need some advice on how to navigate a relationship without screwing up, the movies are here to help.  Cinematic history has played host to a wealth of toxic romances, and there are more than a few great lessons to be learned from them. Here are some tips on what NOT to do in a relationship, inspired by some of film’s more messy and destructive love stories.

What We Learned: don’t start a relationship by following someone at the request of their husband, no matter how mysterious or strange they may be acting.
What We Learned: don’t drag your significant other to live in a dead-end Missouri town and then proceed to cheat on them, bleed their resources, get convicted of their murder, etc.
What We Learned:if your significant other is dealing with intense grief or depression, don’t take it upon yourself to treat them with psychotherapy or there may be violent/sexual consequences.
What We Learned: try not to meet someone while acting as an impostor in various support groups, as it’s probably not the best place or way to start things off.
What We Learned: it’s best to avoid getting involved with coarse, violent gangsters, unless you get a certain pleasure out of gruesome forms of revenge (i.e. forced cannibalism).
What We Learned: if you have little in common and are constantly torn between staying together or calling the whole thing off, chances are you should just end the relationship.
What We Learned: although memories of a failed relationship may be painful, don’t seek to forget (erase) them altogether, or you may end up back where you started.
What We Learned:if you’re going to fight, blow up your marriage, and/or screech histrionics and insults at one another, do it behind closed doors and not in front of a couple who is still hopeful and idealistic about love.
What We Learned:if you have big dreams (becoming a famous movie star in Hollywood, etc.), don’t allow them to get pushed aside by your involvement and eventual infatuation with a mysterious stranger and all the baggage that carries.
What We Learned: don’t be a dick and mess up your “successful” relationship by cheating with someone all because you’re bored one weekend.