Use primal instincts, charge your phone — with fire 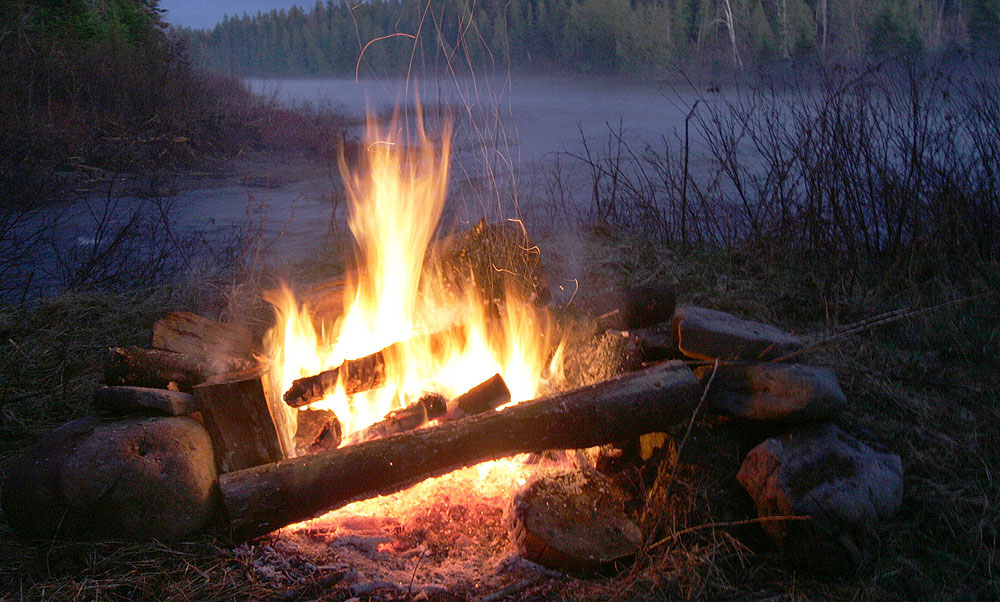 Imagine, you and your wilderness buddies are enjoying breakfast from your cast iron skillet, comfy in your flannels, when your campsite is suddenly attacked by a mountain lion. While your friends fight off the ferocious beast, you reach for your phone to capture this moment of mountain magic, only to find you’re complete out of battery. No worries, just plug your phone into the fire.

No joke — a couple of very intelligent California Kickstarters, Andrew Byrnes and Adam Kell, have developed a portable, inexpensive charging solution for camping, emergency situations, and underdeveloped countries without reliable power grids. It’s called the FlameStower and it works by the transference of thermal energy through a device called a Thermoelectric Generator. One end goes in the fire while the other end is filled with cool water. The resulting temperature difference creates electricity. Pretty neat, right?

Unlike solar power, the FlameStower can be used day or night, wherever there is, ya know, something on fire. The device sends out approximately the same current as the USB port on your computer, so the FlameStower claims that it can charge the average phone in about three hours, as well as other portable electronics like as GPS devices, flashlights, and anything with a USB connection. While this isn’t the first device of its kind, the FlameStower is able to fit easily into a backpack and affordable at $90.

Living in a one-bedroom apartment in Brighton, I can’t really say I would personally get much use out of the FlameStower unless I want to bother my friends by saying to them, “Hey, I can make tea and charge my phone at the same time.” But we all have that one friend who loves to hike, has once been a member of an extreme camping group, or frequents outdoors stores more than the supermarket. But I’ve done my fair share of camping, so a FlameStower might be on my list for my next backpacking trip, along with maybe one of these wind-powered chargers. In nature, nothing is more of a buzzkill than hiking up the summit and not being able to take a few glory shots due to a dead cell phone.

HUBweek came to Boston, and we were there to take it all in. END_OF_DOCUMENT_TOKEN_TO_BE_REPLACED

END_OF_DOCUMENT_TOKEN_TO_BE_REPLACED

Earlier this month, we posted a story about Rob, a man falsely accused of being a sex offender. END_OF_DOCUMENT_TOKEN_TO_BE_REPLACED

We figured we’d do our part in beating this dead horse into the ground, so without further ado, here are some of your Boston favorites like you’ve never seen them before, and hopefully never see them again. END_OF_DOCUMENT_TOKEN_TO_BE_REPLACED

File this under cool cosmetic inventions coming out of Cambridge– two MIT Media Lab researchers are developing nail art decals that will double-time as touchpads to control your phone or laptop with a single swipe. END_OF_DOCUMENT_TOKEN_TO_BE_REPLACED

All Harry Potter fans wait for the Hogwarts acceptance letter that they will never receive and dream of the house they want to join. You can hope to be part of Gryffindor all you want, but the choice belongs to the Sorting Hat. Now, instead of traveling the long journey to magic school, Muggles everywhere can consult a Twitter bot that will decide for you.
END_OF_DOCUMENT_TOKEN_TO_BE_REPLACED

Wednesday was April Fools’ Day, making anyone who has genuinely bad news to deliver at an extreme disadvantage. Powering down for the night, I and some 44,000 other users received the following email from a free, cloud-based screenwriting service called Scripped: END_OF_DOCUMENT_TOKEN_TO_BE_REPLACED