Uber No Allies: Rideshare App Launches Boat Service, Duck Boats Could Be Next 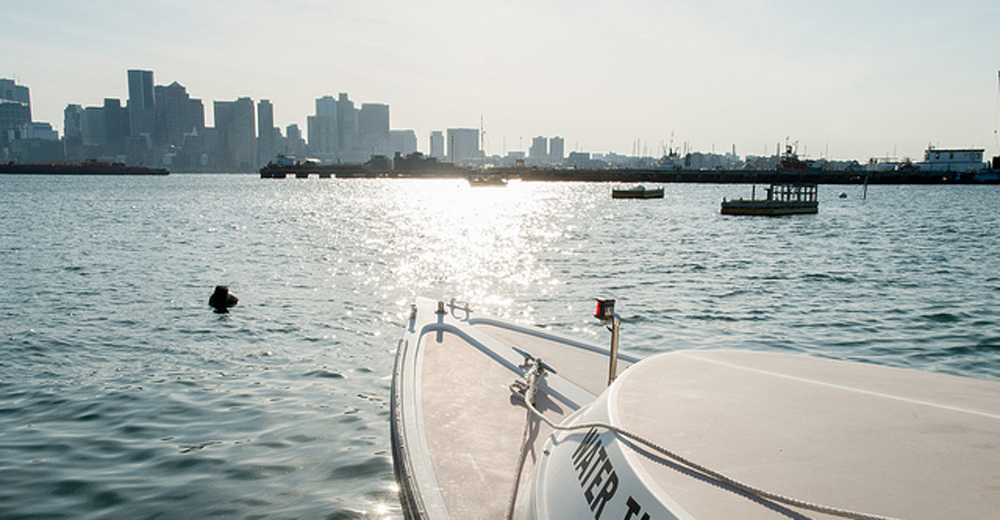 If I were a duck boat driver, I’d be clutching my schtick with two hands.

Today marks the beginning of a limited-time boat taxi service in the Hub, brought to you by San Francisco-based rideshare company Uber. The UberBOAT program, which will run through June 15, will allow jerks who have the Uber app and are within a quarter-mile of Boston Harbor to drop a pin and hail a water taxi, which could take them to Logan Airport, Fort Point, the Harbor Islands, or anywhere their Constitution-disrespecting hearts desire.

This all seems innocuous enough (given that it was planned with the blessing of Boston Harbor Cruises), but the hungry tech company appears to be taking a mile with the inch they were given. With the “service” having already attracted the ire of the Boston taxi companies, who protested outside the company’s South Station offices last month, Uber is threatening to destroy the very foundation of outdated transportation systems.

There are already two competing duck boat companies in Boston – the original Boston Duck Tours and Super Duck Tours Boston – and the pair have been at each other’s throats for years over the propriety novelty duck tours. Uber threatens to be the end-all-be-all to this great American capitalist rivalry by offering an upscale experience that pushes both companies to rethink their accommodation strategy – a tried-and-true standard that doesn’t need any messin’ because we all know standards age like cheese. These transparently priced taxis with their unvetted drivers pose the ultimate threat to a Boston institution if they ever get their hands on a couple decommissioned DUKW trucks. Next think you know, the Red Sox will be riding down Boylston with the well-dressed and polite Arman at the helm.

Just imagine it – leather seats, impeccable detailing, drivers who know how to use their blinkers. What an abhorration.

What about the fun-loving atmosphere of the traditional duck boat? The splashing? The laughter? The belabored historical insights spouted from obnoxiously lovable drivers? Watch your back, Sgt. Meatball. On guard, Guido Gondolier. You, Captain Foghorn, and the rest of the conDucktors could soon be quacking in line at a soup kitchen with Joe the Plumber and the other cabbies Uber has victimized with its unhealthy market diversity.

Paranoia? Hardly. Uber CEO Travis Kalanick (whom Daily Mail is convinced is dating the ‘consciously uncoupled’ Gwyneth Paltrow) is drunk on power. He won’t stop until he’s commandeered every people-moving industry in town and pushed it to the very limit of utility. He’s known for being unpredictable and for having unorthodox methods like delivering kittens in New York City and claiming he’d prefer robot drivers to replace his fleet, and now the City of Boston has positioned him one pivot away from pulling the rug from under amphibious transport.

Shame on them for not swooping in and sucking all the good intentions out of this company by loading them up with hackney fees and arbitrary certifications. Shame on them for not backing one of the city’s most lauded dinosaurs (dinosaurs are amphibians, duh, just ask Steven Spielberg). Sure, the taxicab business is one of the most corrupt and unfairly monopolized systems in modern America, but it’s been here forever. It’s a tradition as red-blooded as gunpowder and bank fees. And we can’t let these Silicon Valley yuppies take over our most beloved inequities.

This isn’t the America I signed up for, Mr. President.

Editor’s Note: Don’t be an idiot, this is a parody.

Enter to win a pair of tickets to attend The Hess Collection Seminar and Dinner as part of Boston Wine Festival 2018 at the Boston Harbor Hotel on Wednesday, March 14th. END_OF_DOCUMENT_TOKEN_TO_BE_REPLACED

HUBweek came to Boston, and we were there to take it all in. END_OF_DOCUMENT_TOKEN_TO_BE_REPLACED

This should never have happened. END_OF_DOCUMENT_TOKEN_TO_BE_REPLACED

I spend far too much time on Twitter. Here’s a handful of posts from last year that I found to be entertaining on one level or another. Enjoy. END_OF_DOCUMENT_TOKEN_TO_BE_REPLACED

Apologies in advance for burying this in your skull forever. END_OF_DOCUMENT_TOKEN_TO_BE_REPLACED

If you like cover songs, you’re gonna love this. And by love, we mean probably hate. END_OF_DOCUMENT_TOKEN_TO_BE_REPLACED

Whether you celebrate the unofficial beginning of summer on Memorial Day weekend, or Meteorological Summer on June 1, or the Summer Solstice, make no mistake: summer is here. END_OF_DOCUMENT_TOKEN_TO_BE_REPLACED