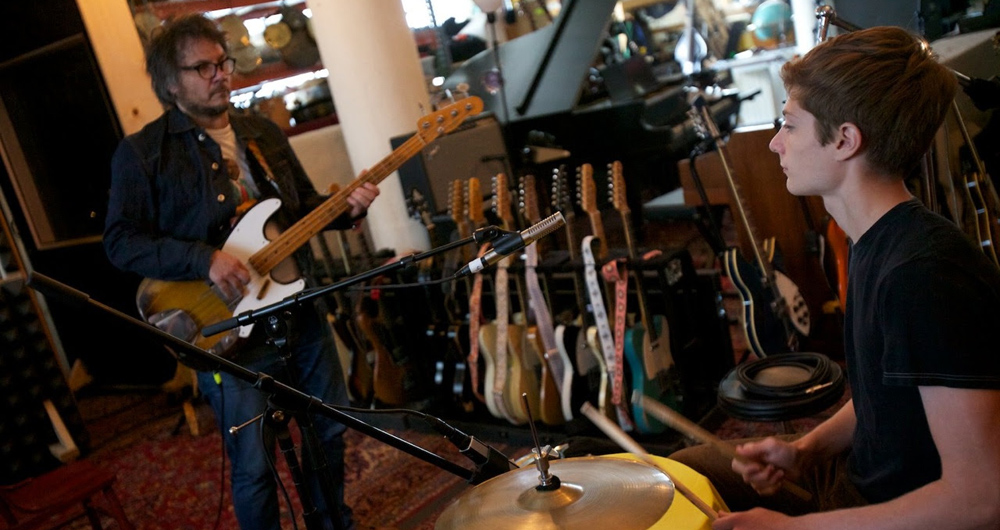 This week’s releases may not have the big names attached that last week did, but it doesn’t mean that it’s short on good new jams. Check out a debut record from a famous dad-rocker and his son, a sure-to-be breakout album from some Oklahoma garage-rats, and some pleasant dance pop to soundtrack that fall rave that you’ve been planning.

It is such a genuine relief to announce that Generationals have turned out another stellar album. Praised for their ability to blend vintage ’50s sounds with modern beats, Generationals took a few risks with their new album “Alix.” The band seems to have exchanged their indie-rock foundation for something a little funkier. Most of the tracks on this new album erred on the indie-pop side of things, giving their songs more of an energizing, “get up and dance” feel than we are used to. “Alix” proves that we can depend on Generationals to capture the essence of iconic rock bands like the Pixies, but they can still surprise us with crazy instrumental mixes found in new pop groups like Matt and Kim.

Sounds like: Passion Pit, The Morning Benders, A funkier version of The Replacements, Good Shoes

– Christie Leist
The Juan MacLean (composed of John MacLean and Nancy Whang, both involved with LCD Soundsystem and DFA Records in some capacity) always seemed to work outside of the spotlight of LCD Soundsystem. Time’s have changed, however, and DFA’s flagship band has since disbanded, leaving room up on the big stage. While The Juan MacLean’s third studio album, “In a Dream,” never reaches the heights of LCD Soundsystem’s stellar output, it still manages to be a fine piece of groovy, nostalgia-soaked dance-punk. Throughout, you can hear distinct points of influence, from The Cars to Blondie, which create an atmosphere of neon-slicked retro-futurism (certain moments even sound ripped from the “Drive” soundtrack). The weight of the album’s obvious influences can leave it feeling derivative at times, but when it soars, it truly soars. And things are never better than when vocalist Nancy Whang, bold and brassy, is at the helm, particularly on standout “A Simple Design.” It can be easy to forget the bogged-down moments when the highs are this joyous and fun.

Sounds like: if Debbie Harry took lead vocals on a New Order track; a successful version of La Roux’s “Trouble in Paradise”

-Tyler Cumella
When news arrived that Wilco’s Jeff Tweedy would be teaming up with his 18-year-old son Spencer to record an album, it was not expected that the result would be so delightful. “Sukierae” is a bit of a baptism of fire for the young drummer, not only having to live up to the wizardry of Glenn Kotche in the eyes of Wilco fans, but keeping up with his old man, who has always made great effort to stay out of the standard adult-alternative shuffle. Spencer handles the task with grace, messing with time signatures on “World Away” and getting personal with a bass drum on the subsequent “Diamond Light Pt. 1.” Even Jeff’s playing reflects a revisited pep in his step in order to hang with the youngster, all while communicating some of the most personal sentiments of his recent songwriting career.

Sounds like: Wilco for fans who would go back and listen to “I’m a Wheel” twice on “A Ghost is Born,” Dad-rock for the five o’clock shadow dad.

-Perry Eaton
Since hearing garage-punk outfit BRONCHO’s fiery, feisty debut “Can’t Get Past the Lips,” and realizing the now rock trio were more than just some undistinguished Midwestern band, I’ve been anticipating their second spin. With production decidedly sleeker than the band’s debut, “Just Enough Hip To Be Woman” explores the hallmarks of their blazing sound – fuzzy, guitar driven rock – but in an irresistibly glammy, yet gritty 70’s punk way. Powerful songs like the album’s single, “Class Historian,” and “What” gleam with simplicity, but BRONCHO’s musical execution make the 11-track album fantastic, and seemingly engineered to stick in your head.

Sounds Like: A raw and extremely high quality recording of a garage band practice.

– Alex Khatchadourian
It’s shocking that a band like White Arrows isn’t on every festival bill imaginable. The sound they produce takes a mixture of the most marketable features – Kings of Leon’s safe scruff, Bleachers’ power-pop choruses, and Alt-J’s rave-era psych – and blends it into a radio-friendly concoction. Unfortunately, the results on “In Bardo” give little more than a vanilla taste, staying afloat in an echoey sea of digital overproduction, but rarely taking chances in the true vein of psych. Its cookie-cutter cleanliness could very well be its ticket to ears though. Just because it doesn’t stick out of the pack, doesn’t mean the pack that it shuffles into isn’t good company to be had.

Sounds like: Muse with a soul, electro-pop with a guitar on stage for good measure.