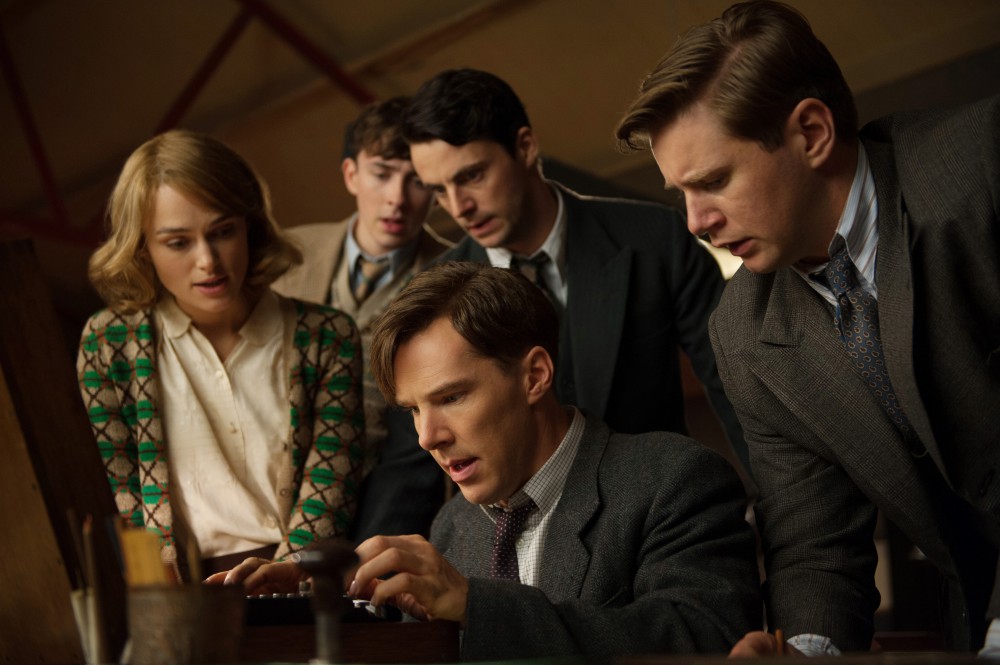 The Oscars are no bright beacon of hope for equality and social change — when looking at either the voters or the nominees, you won’t see much diversity. But the films nominated at the Oscars have been a gateway to talk about important things throughout history, like 2008’s Milk or last year’s Best Picture winner 12 Years a Slave.

This year, four of the eight best picture nominees are based on true events, and one of them has spurred a petition that has collected over460,000 signatures, including those of the film’s cast.

The Imitation Game was inspired by the story of Alan Turing, the mathematician who led the team that broke Germany’s Enigma coding machine and paved the way for the Allies to win World War II. Turing was gay, during a time when committing homosexual acts was illegal in England, and was convicted of indecency. He underwent chemical castration (he was given the choice of that or jail) and eventually committed suicide.

Queen Elizabeth II pardoned Turing in 2013, but now Prime Minister David Cameron is being called to grant the same amnesty to the other estimated 49,000 men who had also received an indecency sentence. Turing’s great niece and nephew will be delivering delivering the petition to Cameron’s office, Deadline reports.

Lead actor Benedict Cumberbatch — who is up for Best Actor for his portrayal of Turing — spoke about the petition on Jimmy Kimmel Live.

Smaller petitions have spiraled off of other Oscar issues before. Last year a petition urging the Academy to honor Sarah Elizabeth Jones, who died in a film set accident, received over 50,000 signatures. On the less serious side, petitions spring up every season for who should host the award show, and there are even multiple petitions for Leonardo DiCaprio to win an award. But none of those petitions would have the beneficial societal impact that this one would.

We ate vegan blueberry cake and it was amazing. END_OF_DOCUMENT_TOKEN_TO_BE_REPLACED

Golden Globe and Emmy nominee Benjamin Wallfisch is the composer responsible for the score of the hit movie IT. I talked to Ben about his approach to scoring the new version of this iconic story and his thoughts on film and music overall. Some very insightful commentary; listen in. END_OF_DOCUMENT_TOKEN_TO_BE_REPLACED

Dan Croll is a great musician and an even better person. END_OF_DOCUMENT_TOKEN_TO_BE_REPLACED

We kicked off the weekend with a visit from Sasha Purpura, Executive Director of Food For Free. Sasha was back to promote next month’s Craft for a Cause event, a craft beer festival celebrating the Central Square Cultural District. END_OF_DOCUMENT_TOKEN_TO_BE_REPLACED

Rupert Gregson-Williams is an award-winning film composer. He just so happened to compose the score for this summer’s big blockbuster Wonder Woman. We talked about his beginnings in film scoring, film scores that move and inspire him and, of course, Wonder Woman. END_OF_DOCUMENT_TOKEN_TO_BE_REPLACED

Summer is the hungriest time of the year. Millions of kids rely on school meals, but in summer, the meals disappear. HGTV’s Taniya Nayak was in studio this morning to talk about Taste of the Nation this coming Tuesday, June 6, which benefits Share Our Strength’s #NoKidHungry initiative. Click here to get your tickets. END_OF_DOCUMENT_TOKEN_TO_BE_REPLACED

Jeff Rapsis is a New England-based composer and performer. Lately, he’s been creating live musical scores for silent film screenings. I talked to him about his process and a few of his upcoming performances at The Capitol Theatre in Arlington and the Somerville Theatre. You can keep track of where else Jeff is scoring silent films here. END_OF_DOCUMENT_TOKEN_TO_BE_REPLACED

Community Servings provides nutritious meals to individuals and families living with a variety of illnesses. Stephanie Carrigg was in studio this morning to talk about this year’s Meals4Moms program, where your contribution not only helps feed moms in need, but nets you some great goodies for a mom in your life. END_OF_DOCUMENT_TOKEN_TO_BE_REPLACED