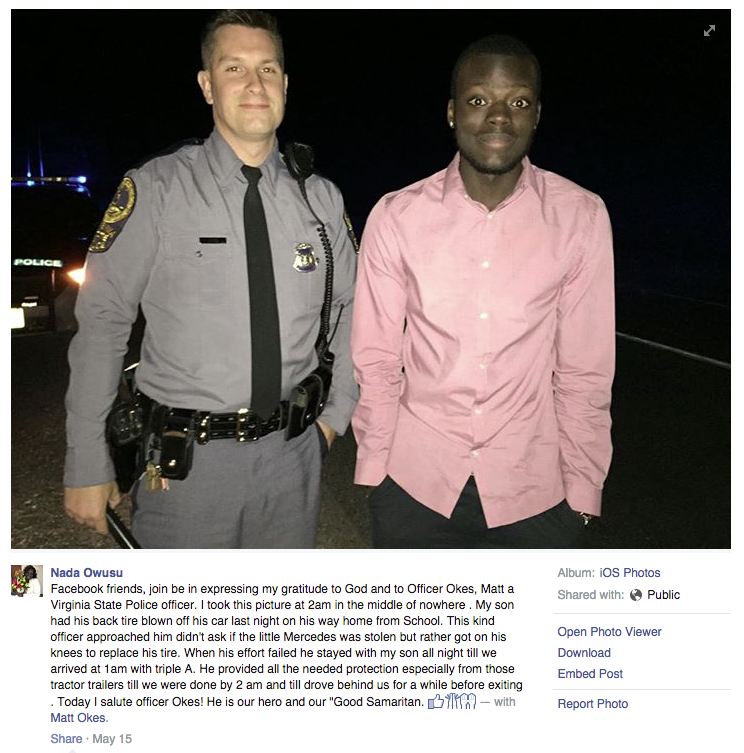 Joseph was forced to pull over on his way home from an exam at Virginia Tech. According to Joseph’s mom, Dr. Nada Owusu, State Trooper Okes stayed until 2 a.m. to help with the tire.

“As far as I was concerned, there was a good person waiting with my son. I didn’t care if he was green, blue, yellow. There’s a lot of good in America and that needs to be heard. Police need our support,” she told news affiliate WTVR.

While Okes was not able to repair the car, he remained with her son when she arrived with help from AAA.

“I wasn’t trying to create this kind of reaction,” she said. “I was sincerely trying to express my gratitude. I was not expecting a nationwide response.” 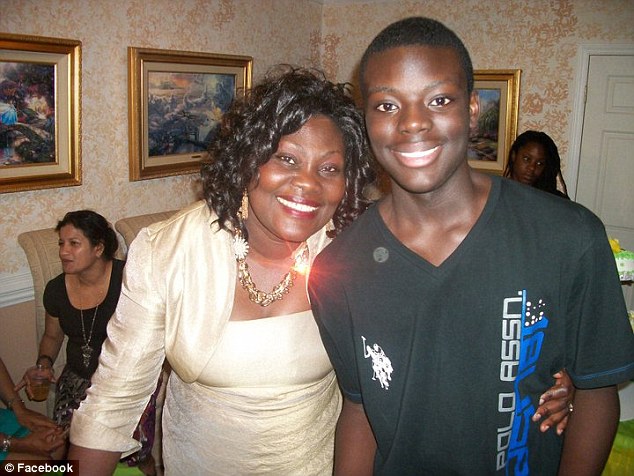 “The attention the photo has generated on social media has been overwhelming and I certainly wasn’t expecting the photo to receive as much attention as it has. I was simply doing my job as any other Virginia state trooper would. I appreciate the kind comments by Dr. Owusu and am glad Joseph and his parents were able to finally make it home safe. I am honored to be a member of the Virginia state police and am blessed by God to serve and protect.” 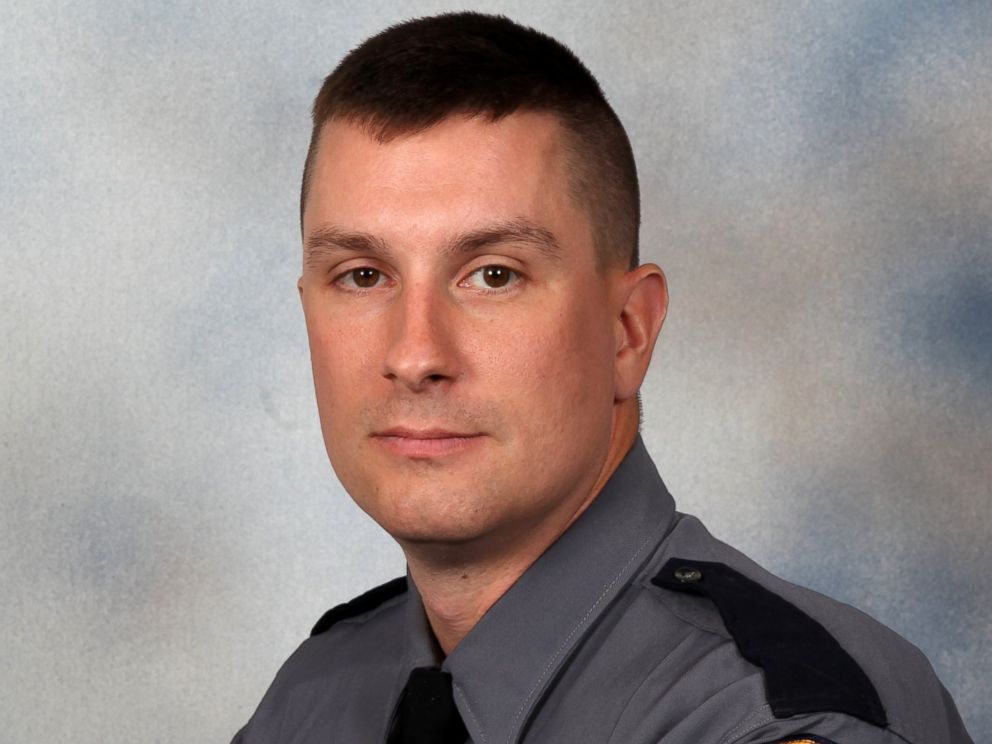