‘Treme’ is over. Will it now gain fans like ‘The Wire’ did? 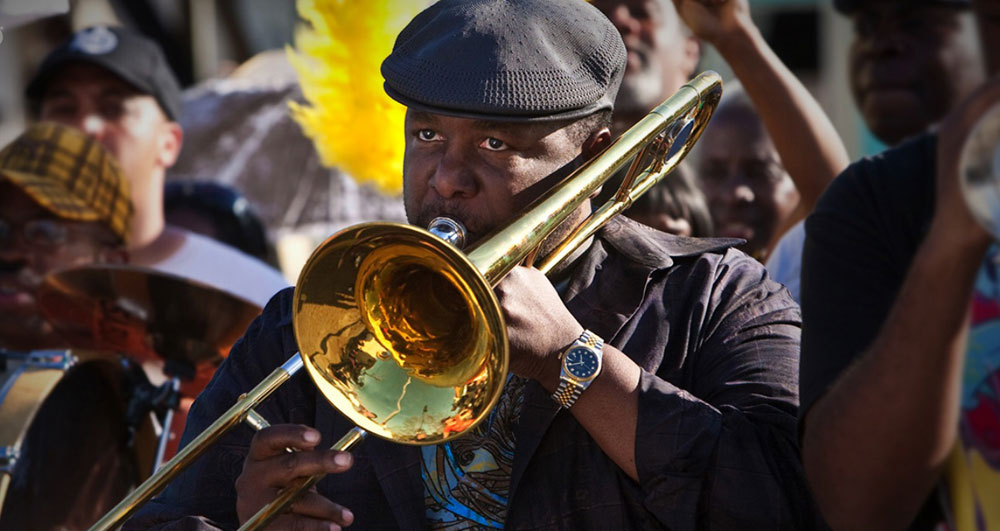 The confetti fell one last time this past weekend, the skronk of the saxophone faded into the distance and a scattershot of broken, colored beads rattled to the ground. David Simon’s post-Katrina drama “Treme” wrapped up its abbreviated fourth season on Sunday, closing the book on a show that some fans feel spent most of its four year-run as an underdog; woefully unappreciated, especially alongside HBO Sunday night darlings like “Game of Thrones” and “Girls.”

Those who abandoned it after a few episodes may be surprised to learn the show was still on the air but for the small crop of viewers who stuck with it, Sunday’s episode delivered a wholly satisfying end to what may prove to be the definitive television companion piece to 21st century New Orleans.

The problem for most people is that the show never surmounted the hype delivered by its predecessor “The Wire,” the famously gritty Baltimore cop drama Simon also helmed that helped kickstart the so-called “golden age” of TV that critics have blogged about ad nauseum over the past five years.

For the uninitiated, both shows supplied viewers with politically-charged storylines, zig-zagging plots, and the type of intricate character development that’s become synonymous with Simon and his crime writer cohorts David Mills, Eric Overmeyer, and George Pelecanos.

While “The Wire” looked at the push and pull of gangs, law enforcement, education, and government in Baltimore, “Treme” delved deep into the lives of interconnected New Orleanians and chronicled how chefs, musicians, and Mardi Gras Indians adapted in the challenging months following Hurricane Katrina.

And while it’s safe to say “The Wire” never exactly thrived when it aired, “Treme” flat out sputtered in the ratings department over its first three seasons, leaving the possibility for a fourth season in limbo. HBO was kind enough to throw viewers a bone, though. In October 2012, the network gave Simon a lump sum to budget five more episodes in order to conclude the story arcs that he had initially planned to stretch over 10 or 11.

The episodes finally aired last month and helped HBO bridge the gap between the fourth (and very good, might I add) season of “Boardwalk Empire” and this month’s Matthew McConaughey/Woody Harrelson “True Detective” drama.

I won’t go too much into inner workings of the final “Treme” season but Simon does an admirable job of tying up loose ends and distilling the remaining storylines into six or so scant hours.

Condensed plot aside, it’s worth noting just how fitting it is that the show concludes with an 80-minute long Mardi Gras episode. There’s usually one episode a season built around the traditional Carnival celebration and each one bursts at the seams with so much color, dance, and music that they’re always among the show’s finest moments.

In some of the Mardi Gras episodes, bands toting countless brass instruments, in full Mardi Gras regalia -– feathers, ornate headdresses, beads -– parade down the side streets of New Orleans. In one scene, a man sipping Jameson whiskey straight from the bottle, clad in golden trinkets, rides around in a motorized La-Z-Boy recliner, decked out in a bejeweled King Tut mask. The viewer may feel like they’re missing out on the party but this is part of what makes “Treme” so fun to watch.

I’ve never been to New Orleans and despite taking that one class in college, I’m certainly no jazz aficionado. But it’s the music, which can swing back and forth at a moment’s notice, from zydeco to big band to jazz-fusion to bounce, that’s so entrancing. And it’s that music by both legendary New Orleans recording and street artists that remains the show’s beating heart throughout its final episodes. The shrill bleats of a trumpet punctuate a funeral march through the city streets in one scene while the whiskey-soaked stylings of country-punk band Lucero at a dingy rock club serve as the soundtrack in another scene.

If there’s been one argument against the show, it’s that it’s too much of a slowburn. It’s not that things happen at a glacial pace in the Treme; they just take their time, something that shouldn’t dissuade prospective viewers from tuning in.

While music dominates each 60-minute episode, when there’s dialogue, it’s some of the most nuanced on television, thanks in large part to the characters.

“The Wire” gave us fully fleshed out eccentrics like Bunk (Wendell Pierce), Freamon (Clarke Peters), Waylon (Steve Earle), Pryzbylewski (Jim True-Frost), and the actors pop back up here, just in different roles. Omar, Prop Joe, and Brother Mouzone were iconic characters on “The Wire” but “Treme’s” own ensemble cast, rounded out by Melissa Leo, David Morse, Khandi Alexander, the criminally underrated Kim Dickens, and the plenty vocal Steve Zahn, have done more than their part to hold up the show over the past four years. All of them make their return over these five episodes, even Michiel Huisman, the Dutch actor who’s been plenty busy lately (he’s slated to appear in both “Game of Thrones” and the excellent BBC America series “Orphan Black” this spring) reprises his role as Sonny, the junkie pianist.

It’s common knowledge that despite critical adoration, “The Wire” never drew a critical audience. The show fetched around three or four million viewers per episode before ultimately dipping below the one million mark during its fifth and final season. In the end, that wound up being fine for “The Wire,” as the show didn’t seem to really click with viewers until it was all said and done anyways. Perhaps “Treme,” which had a hard time grabbing even a quarter of those four million viewers through its 36-episode run (by comparison, it only averaged around half a million viewers per episode) will catch on in a similar fashion. Critics have argued in the past over whether or not the show makes for a better watch as a whole or in chunks.

Simon himself rallied behind the idea of “television as a storytelling medium” in 2012, reasoning that some series are better consumed in seasons, like chapters in a book.

Now that the show has ended and episodes are ready to binge-stream on HBO GO, those who haven’t yet seen it will have to judge for themselves.

Always a pleasure to have Boston.com’s Perry Eaton in studio for a chat. After we talked a bit about Pearl Jam at Fenway and Perry’s new podcast, he filled us in on Game of Thrones live and Narragansett’s new Bananagrams-themed brew. END_OF_DOCUMENT_TOKEN_TO_BE_REPLACED

No, not from afar, from the comfort of her couch. From the actual awards themselves. That’s where Meredith Goldstein was for the Oscars. She shared all the juicy, first-hand details with me. END_OF_DOCUMENT_TOKEN_TO_BE_REPLACED

It was wonderful having our good friend Meredith Goldstein back in studio this morning. She dug into the latest edition of Love Letters, which prompted us to play this song. And of course we had to discuss the Oscars. Make sure you’re following Meredith on Twitter, as she’ll be live-tweeting the awards this Sunday night. END_OF_DOCUMENT_TOKEN_TO_BE_REPLACED

Our first edition of TV Sets for 2016 might be better than every edition from 2015. END_OF_DOCUMENT_TOKEN_TO_BE_REPLACED