Topsfield Fair: The Massachusetts Tradition That Must be Taken at Face Value 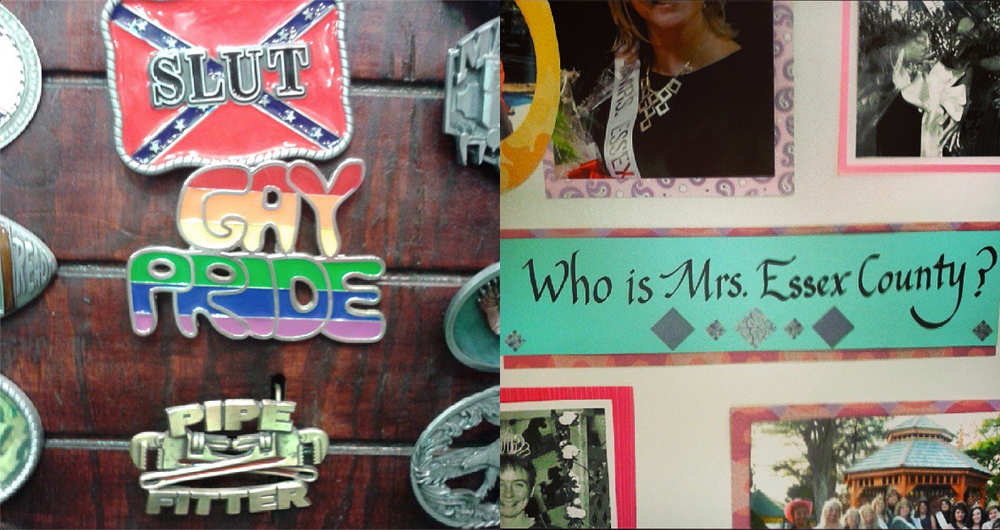 And with that, it was all a wash. America — the band, not the country — was finished. My assignment — a Vice-y little attempt to get teens to say silly things about ’70s soft-rockers America — was a bust, a failure, a flop. There were no teens anywhere near the grandstand stage at the Topsfield fairgrounds and the two I did see were running so fast from the music you’d think they were being chased by monsters. My attempt at turning my love of breezy AM-Gold into viral comedy gold was thwarted by a throng of irony-free America-loving baby boomers and an environment where irony just can’t exist.

It may be my fault, I could have gotten a good seat in the arena if I had shown up, oh, two hours early and camped out amongst the clearly entertainment-starved adults, but I wanted to look at the bunnies. Can you blame me for wanting to look at the bunnies? As a certified, city-fied cultural critic, there are not a lot of opportunities to look at bunnies and cows and chickens and quilts and all that country fair shit that you think only exists in Real Simple photo spreads. I wasn’t about to pass that up to sit and watch aging roadies do line-checks. I’ve seen aging roadies do line checks and it is never, ever fun.   How was I supposed to know that mere moments into the set, the arena would hit capacity and it would be one-in-one-out for the rest of the show? In the world where I live — the world where people actually go to shows that aren’t at the country fair — the room never hits capacity during the first song. And how was I supposed to know that the middle aged women had been sharpening their elbows and were ready to wrassle for a spot where you could maybe see the show over the shoulders of the bored-looking security guards doing crowd control? It was fifty different versions of my mom all ready to flip out like fifteen year olds at a One Direction show.

The poor guy, it sounds like he has a sad, sad life but he’s also indicative of the state of classic music in contemporary life: the vast and glorious history of popular music has been whittled down to twenty songs played ad nauseum with scant mention that anybody else ever hit a chord. Even America, who had a rather impressive run of hits, some absolutely stellar album cuts — check out “Donkey Jaw” from their debut album for a taste of gnarly psych-folk — and a career that spans four decades are reduced to four, maybe five songs, that people actually care about. And god have mercy on the innocents that get in the way of Menopausal Helicopter Mom and her opportunity to clap off-beat during “Sister Golden Hair”.

But maybe the real mistake was even thinking that I could bring irony and snark to the Topsfield Fair. Sure there was plenty to mock — the absurd amount of Confederate Flag belt buckles, terrifying Zombie Bob Marley jackets, the totally paranoid “See Something, Say Something, Contact Police” signs on every wall like ISIS was hiding behind the Fried Oreo stand just waiting to strike — but casting aesthetic judgement on the innocent citizens of Essex County just seemed, well, mean.

I know, I know, this is the Internet and I should be shouting down and mocking anybody that is not like me but, damn dude, we’re at The Fair and that shit just ain’t right. You can enter The Fair with all the world’s malevolence in your heart but they’ve got a building full of bunnies for cryin’ out loud and if that doesn’t melt your heart, nothing will. So much of the pop-culture industry right now is built on controversy and scoring points for yourself at the expense of others and that just doesn’t fit in with fried dough and giant pumpkins.   I am not here to judge — the ribbons have been awarded after all — I’m here to breathe deep of the autumn, marvel at the Chips On A Stick, contemplate the true level of my gluttony and whether or not I really need to eat the Pot Roast Sundae. On the Internet it is easy to forget that not every moment needs a punchline and that there are people who genuinely enjoy things without irony or expectation of approval from the self-appointed arbiters of taste. And even though I failed in my assignment to find the #teens and make fools of them, I did come away with plenty of good vibes and a healthy fear of middle aged women that need to sing along with “Sister Golden Hair.”

It would be funny if the tattoo said “Bugs Life”. View on Instagram

END_OF_DOCUMENT_TOKEN_TO_BE_REPLACED

Enter to win a pair of tickets to attend The Hess Collection Seminar and Dinner as part of Boston Wine Festival 2018 at the Boston Harbor Hotel on Wednesday, March 14th. END_OF_DOCUMENT_TOKEN_TO_BE_REPLACED

I referred to it as the “best kept secret” in Boston arts for the holidays. END_OF_DOCUMENT_TOKEN_TO_BE_REPLACED

Boston’s arts scene shines at this time of year. END_OF_DOCUMENT_TOKEN_TO_BE_REPLACED

It’s so much more than a holiday show. END_OF_DOCUMENT_TOKEN_TO_BE_REPLACED

Rock for a cause this holiday season. END_OF_DOCUMENT_TOKEN_TO_BE_REPLACED

Get out and see a show this holiday season, and save some money when you do. END_OF_DOCUMENT_TOKEN_TO_BE_REPLACED

You can help give the gift of music to kids in need this holiday season. END_OF_DOCUMENT_TOKEN_TO_BE_REPLACED

Be honest: when’s the last time you attended a Gala? END_OF_DOCUMENT_TOKEN_TO_BE_REPLACED

The October staple returns on the 21st. END_OF_DOCUMENT_TOKEN_TO_BE_REPLACED