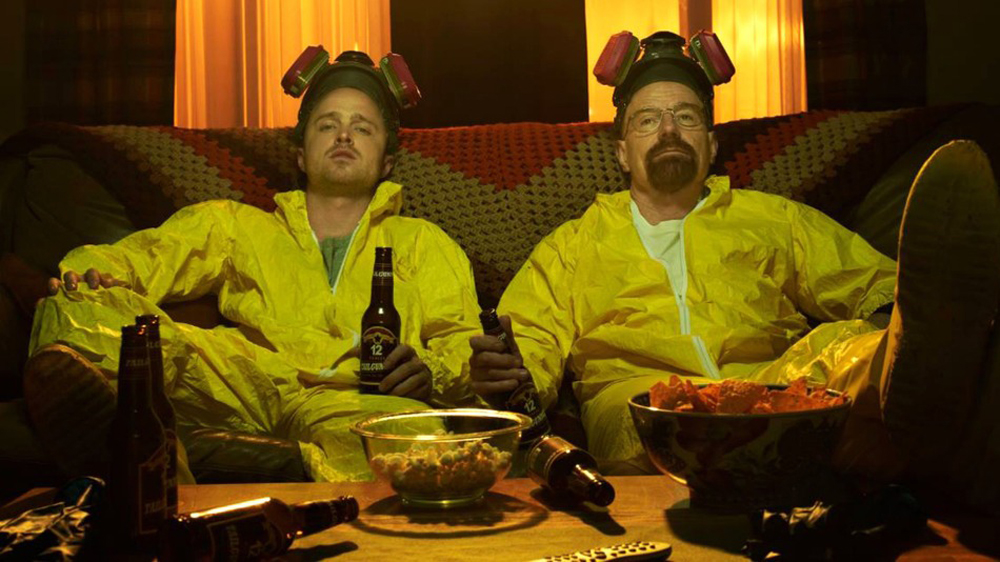 There’s no shame in staying home on a Saturday night to binge watch one of Netflix’s hundreds of TV shows.If you ask me, powering through episode after episode of a series in one sitting is the beauty of paying $8 a month for unlimited entertainment. Here are nine series worth get addicted to.

Believe all the hype , jump on the wagon, and watch Bryan Cranston’s simultaneous ascent from high school teacher to drug lord and descent into moral depravity.
Add “30 Rock” to your Netflix queue because it remains to be one of the most consistently funny shows that was on television.
One of the most perfect television shows ever produced. To even attempt putting it into words would be a disservice to David Lynch et al.
Like any great TV drama, “Parenthood” sucks you in with it’s intricate story lines about the strong bonds of family, which also grounds this series as it winds its way through life’s ups and downs. Plus, it’s deserving of its all-star cast, and well worth your time.
The OG White House show.
You know the show where the mom and the daughter talk really really fast and live in the most storybook Connecticut town with the most obvious everyday folks… yeah, this is that show.
Idris Elba plays the titular John Luther, a Detective Chief Inspector with London’s Metropolitan Police in the Serious Crimes Unit. He’s no joke. He’s seen some serious shit that has undoubtedly affected him in some not so good ways.
Catch up on “Portlandia” before Fred Armisen’s and Carrie Brownstein’s sketch comedy show comes back in January .
Quirky, irreverent and just plain wrong, Archer is a hilariously depraved treat.