Tom Brady’s Dive Shows Why the NFL Should Penalize Flopping 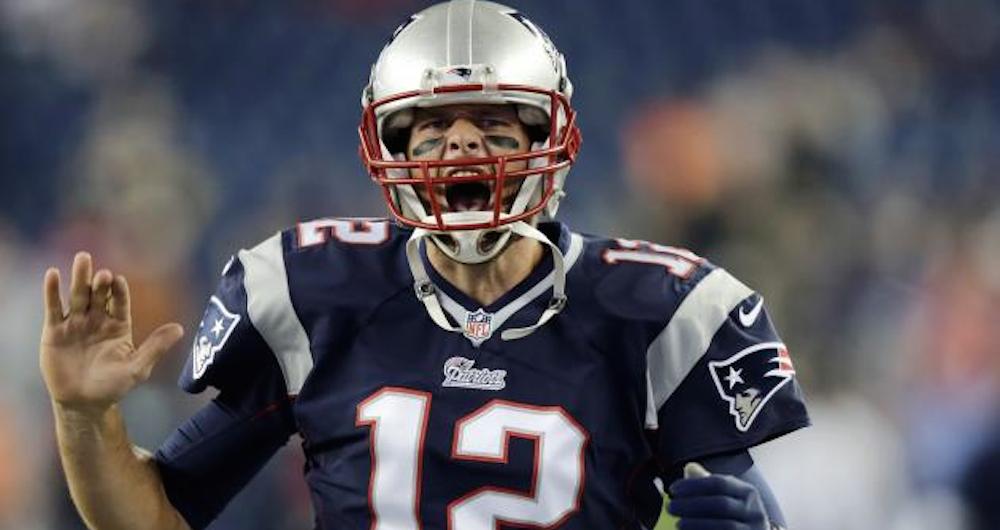 Tom Brady is a competitor. He’ll do anything in his power to win, even if that includes taking an incredibly obvious dive like he did during a scuffle in last night’s game against the New York Jets.

Sportswriters across the Internet took the obvious tack on Brady’s Broadway theatrics: This ain’t soccer, play like a man. “They’ll love Tom Brady in La Liga,” read Deadspin’s headline. “A floppin’-tastic soccer match broke out late in the first half of the Jets-Patriots game,” said the lede on CBS Sports. Yes, soccer players flop quite a bit more than NFL players, but at least most major soccer leagues yellow-card players caught flopping during the game and fine them if not caught until reviewing the tape afterwards. The NBA fines flopping as well, and it might be time for the NFL to consider looking into it. Of course, that would mean the league would have to admit it has a flopping problem first, which it isn’t ready to do. Though NFL flopping compilations still exist, one that went viral last year was swiftly taken down.

Brady’s flop last night didn’t have the desired effect, as the only flag thrown was against the Patriots. But with increased protections in place for defenseless players (which is a good thing, mind you) there’s very little disincentive for quarterbacks, punters, and other skill players to sell the slightest bit of contact for a flag. While player safety should continue to be priority number one for the NFL, natural competitors like Tom Brady are going to continue to take any possible edge they can get, even if that means taking an obvious dive. So unless the NFL wants comparisons to La Liga to continue, the Competition Committee should strongly consider addressing flops in the offseason.

Enter to win a pair of tickets to attend The Hess Collection Seminar and Dinner as part of Boston Wine Festival 2018 at the Boston Harbor Hotel on Wednesday, March 14th. END_OF_DOCUMENT_TOKEN_TO_BE_REPLACED

The Black and Gold continue their run tonight at TD Garden. END_OF_DOCUMENT_TOKEN_TO_BE_REPLACED

Who will make the Class of 2018? END_OF_DOCUMENT_TOKEN_TO_BE_REPLACED

It’s been awhile since we talked Black and Gold. END_OF_DOCUMENT_TOKEN_TO_BE_REPLACED

You’re going to wish you were in the Northern Alps. END_OF_DOCUMENT_TOKEN_TO_BE_REPLACED