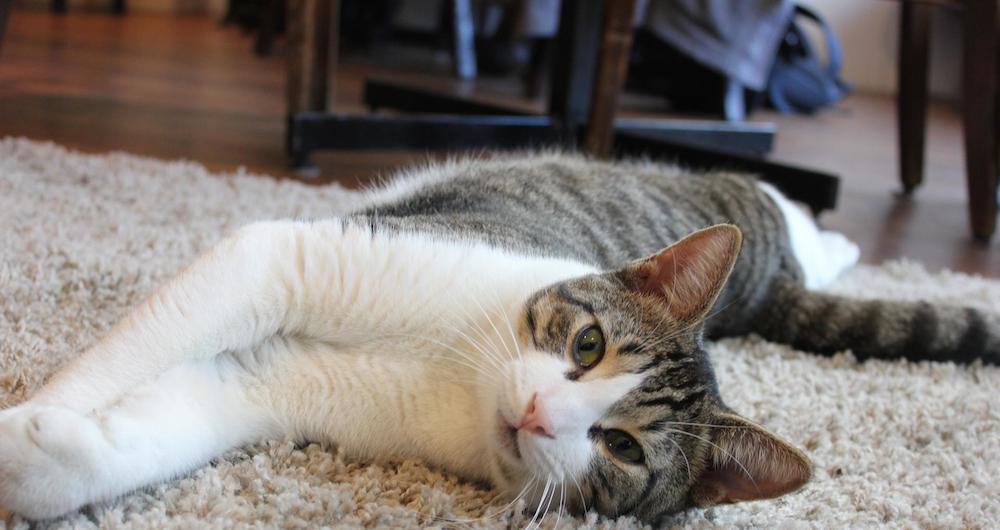 Saturday was a historical day for Boston, as the Boston Center for the Arts played host to the city’s first cat cafe. But one woman has launched a fundraising campaign aiming to make a cat cafe in Boston a permanent fixture.

Lines were long at Cyclorama Saturday, but those who made it into the cafe enjoyed some face time with friendly felines from Broken Tail Rescue, a local nonprofit animal rescue organization. The cat-to-human ratio wasn’t ideal — one Boston.com editor who attended reported lines circling through the entire building until a lottery system for cafe entrance was put in place.

With such clear demand, Brown graduate student Amanda Davis decided Saturday was the perfect time to launch an Indiegogo campaign for what would be the first permanent cat cafe in New England, with the hopes of opening full-time in November 2015.

Davis, who will name the proposed cafe Le Chat Noir, is taking a cue from Lady Dinah’s Cat Emporium in London, a cat cafe funded entirely through crowd-sourcing. Like Dinah’s, Davis would take reservations for Le Chat Noir and charge a $5 cover fee that would go directly toward the health and care of the adorable felines in residence. Additionally, to avoid the mob atmosphere that initially permeated Saturday’s event, Davis would accept only ten people at a time in the cafe to keep the cats stress-free.

According to Boston Magazine, Davis would also institute these rules:

Davis is seeking to raise $65,000 in order to secure a large space in South Boston, rather than provide a cramped space somewhere else. Right now the campaign has raised a little over $2,100. Learn more about the project or make donations here.

In the meantime, here’s some cute photos and videos from Saturday’s event.