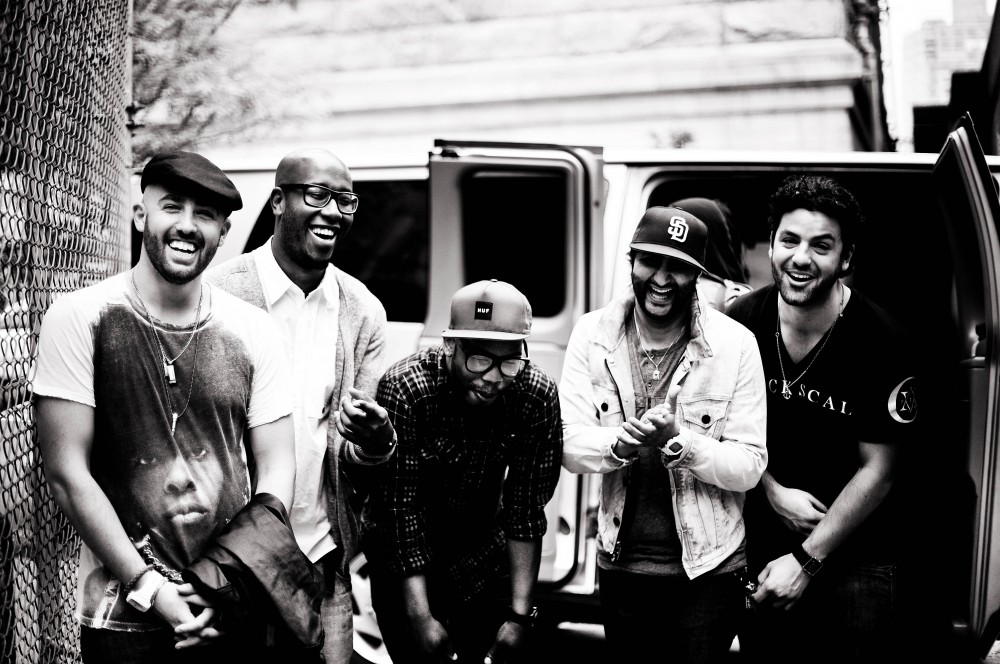 New Year’s Eve can be overwhelming. You can spend a lot of money to get into a bar, just to spend even more money to buy drinks. You can host a party of your own and run out of PBR before midnight. You can even going into the red dropping a pretty penny on a multiple course meal at a classy restaurant. Instead, create a musical memory. Here are 10 places around Boston where you can catch some of the best shows to ring in 2014.

Together welcomes Soul Clap’s DJ KON to the Allston hotspot. Get down to the best selections in disco, funk, house, and everything in between, as well as sets from several other local DJs, including BOSQ, Heartstrings, Charles Mazzola, and Will Martin and John Barera (9 p.m., $25, 21+).

Local music blog Allston Pudding and Exploding in Sound Records team up for a night of hot slices and hot licks [editor’s note: the author formerly worked for AP but had no part in setting this show up]. Enjoy the local jams of Krill, GRASS IS GREEN, and Kal Marks, as well as a set from Maryland’s Two Inch Astronaut. Not only is this show free, but there will be $1-a-slice pizza all night long and $2 tall boys to boot. Not a bad deal considering most bars cost money just to get in on New Year’s Eve (8:30 p.m., free, 21+).

The Boston Music Award winner for venue of the year welcomes fellow award winners Bad Rabbits and Bearstronaut, as well as DJ Brek.One on the wheels of steel. If you’re looking to shake it into 2014, trade in your studded jacket for some dancing shoes and hit this show (9 p.m., $30, 21+).

If you’re digging into First Night 2013, be sure to stop by Hynes and check out the sweet ambient orchestral sounds of Animal Hospital Ensemble in room 302 of Hynes Convention Center. For a different taste of experimental goodness, head downstairs to room 208 and check out The New Highway Hymnal, Amos Blood, and more (7 p.m., free with button, all ages).

Raise a glass or two with the sauced-up balladry of Catskill folkateers The Felice Brothers, joined by the local gentle melodies of The Low Anthem (10 p.m., $35, 18+).

Boston’s legendary organ-fueled funk trio Soulive continues its New Year’s tradition with two nights at The Paradise. Expect covers and a whole lot of gettin’ down, as well as some Hendrix-style licks from openers The London Souls (9 p.m., $40, 18+).

Enter to win tickets to see Trio Da Kali at The Villa Victoria Center of the Arts (Newton, MA) on April 10th. END_OF_DOCUMENT_TOKEN_TO_BE_REPLACED

END_OF_DOCUMENT_TOKEN_TO_BE_REPLACED

Enter to win tickets to Rhye at The Paradise on February 28th. END_OF_DOCUMENT_TOKEN_TO_BE_REPLACED

END_OF_DOCUMENT_TOKEN_TO_BE_REPLACED

Enter to win a pair of tickets to attend The Hess Collection Seminar and Dinner as part of Boston Wine Festival 2018 at the Boston Harbor Hotel on Wednesday, March 14th. END_OF_DOCUMENT_TOKEN_TO_BE_REPLACED

Her new album has been pushed back, but we have Kimbra’s new single for you. END_OF_DOCUMENT_TOKEN_TO_BE_REPLACED

The folk duo returns with a new record this week. END_OF_DOCUMENT_TOKEN_TO_BE_REPLACED

Now that we’re done looking back at 2017, let’s look ahead at 2018. END_OF_DOCUMENT_TOKEN_TO_BE_REPLACED